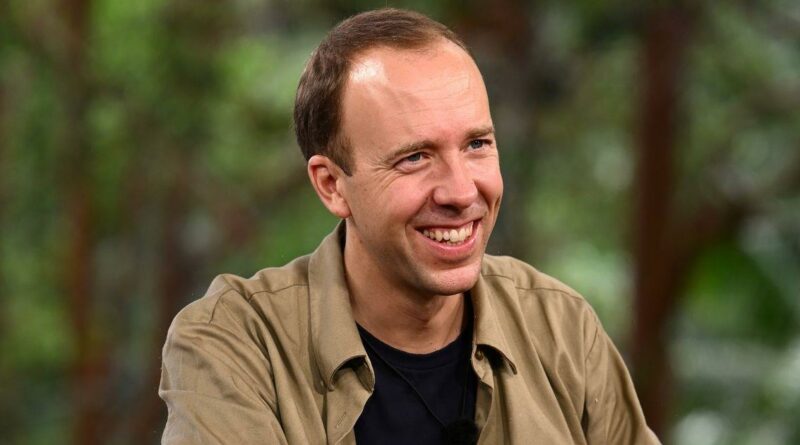 Pop icon Boy George has urged fans not to believe anything that Matt Hancock says about his reasons for going on I'm A Celebrity.

Matt Hancock’s time on I'm a Celebrity… Get Me Out of Here was not without its controversy, with fans taking issue with everything from his projected pay packet, to the self-declared “love story” he described when questioned about his cheating scandal.

Matt, who this week also revealed he would not stand in the General Election, also butted heads with Loose Women’s Charlene White, Coronation Street actor Sue Cleaver, and, of course, Boy George.

Speaking to The Sun about his time on the ITV show, the 61 year old singer said that being a Libra meant that Matt would “elbow you out of the way for a seat on the jet.”

“So don’t believe anything Matt says about why he did I’m A Celebrity this year,” Boy George said.

"He did it because he wants to kick up his heels and have a good time.”

While the Karma Chameleon singer admitted that no one disliked the 44 year old West Suffolk MP, he said that Matt was not “direct” and often avoided difficult topics.

Despite the controversies, Matt made it to the final three alongside Hollyoaks actor Owen Warner and the eventual winner, Jill Scott.

Following her exit, campmate Scarlette Douglas revealed that Matt had offered to buy the cast drinks at the House of Commons.

Appearing on Capital XTRA Breakfast with hosts Robert Bruce and Shayna Marie, the 35 year old TV Presenter said: "He promised us that we could all go for drinks at the House of Commons. So I think we'll be friends with him until that moment and then I'm not sure after that.”

Elsewhere in the interview, Scarlette branded Matt the "least genuine” of her new friends.

"He came in saying that he wanted forgiveness […] and then we found out that he has so many things happening when he gets out,” she scathed.

But not all the cast members felt the same, and comedian Babatunde Aleshe told Matt, "You're so wonderful!" before exiting the jungle.

Opening up further in an interview with the Mail Online, the Gogglebox star said: “With Matt I wanted him to be comfortable with being teased.”

“He was saying to me that he actually appreciates that because what is politics without having comedians or people who mock what we do?

“He's a good sport honest to God. I respect the man highly for having people like me, Seann and even Chris be on his back for certain things,” he added.