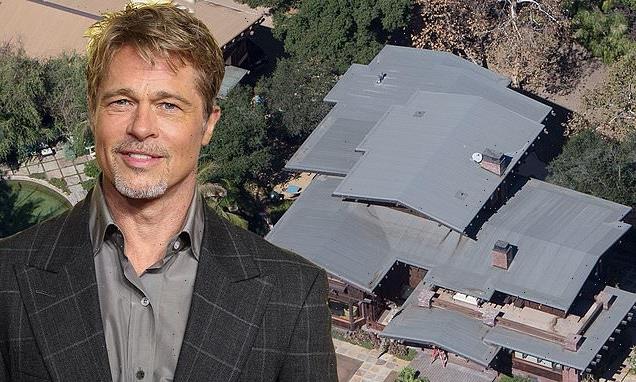 Brad Pitt has quietly put his Los Feliz compound on the market for around $40 million amid his contentious divorce battle from Angelina Jolie, according to a new report.

A real estate source confirmed with People that the actor, 59, had listed the sprawling property, which boasts 1.9 acres, a skateboard park, swimming pool, and more.

Pitt decided to offload the residence because he is ‘looking for something smaller’ in the Los Angeles area, the insider said. 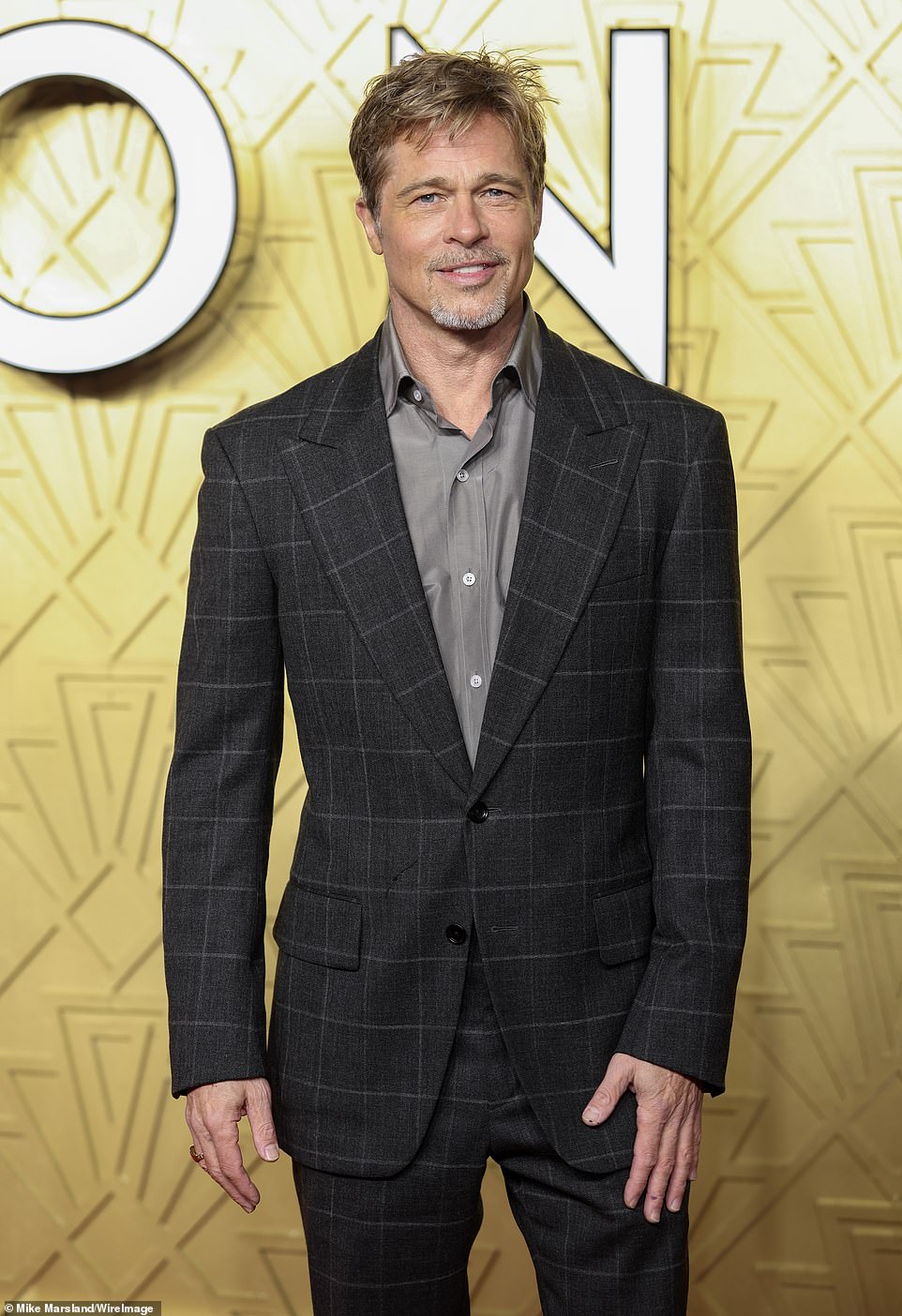 Listed: Brad Pitt has quietly put his Los Feliz mansion on the market for around $40 million amid his contentious divorce battle from Angelina Jolie, according to a new report; pictured January 2023 in London

Pitt purchased the original home from Cassandra Peterson of Elvira fame in 1994, paying a reported $1.7 million for the property.

After the initial purchase, Pitt expanded the property by snapping up lots adjacent to the original residence. Nowadays, the compound contains an outdoor swimming pool, private tennis pavilion, and skate park, according to Architectural Digest.

It was one of several properties the former power couple shared during their relationship. 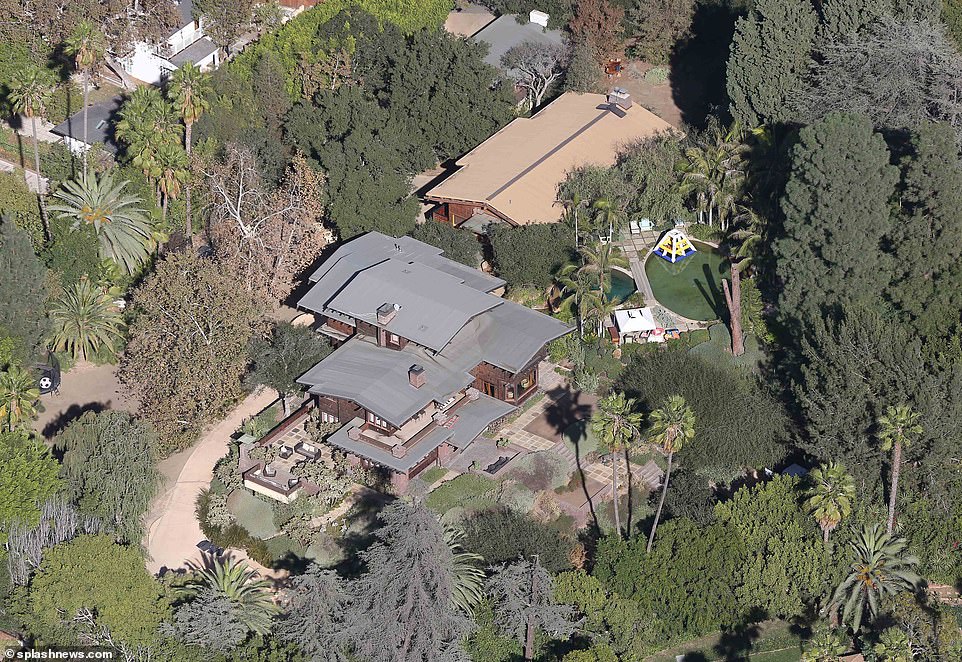 On the market! Pitt purchased the original home from Cassandra Peterson of Elvira fame in 1994, paying a reported $1.7 million for the property 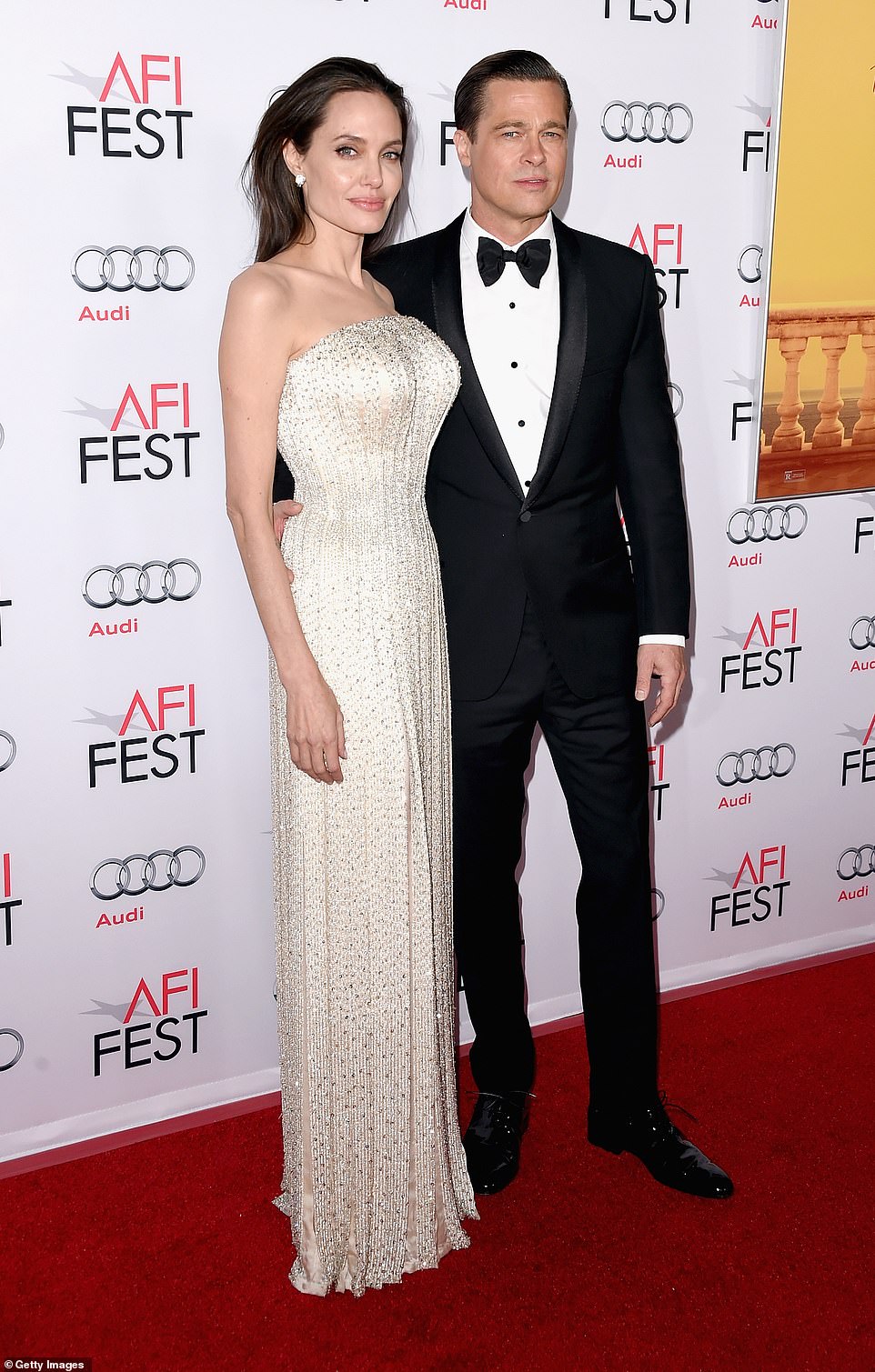 Contentious divorce: Pitt has been locked in a legal battle with Angelina Jolie ever since their 2016 split; pictured 2015

The exes are currently locked in a legal battle over Chateau Miraval, a 35-room estate and celebrated vineyard in the south of France that Pitt and Jolie bought for $60 million in 2011.

It was also the site of their 2014 nuptials.

Brad and Angie were ruled legally single in 2019 – but are still sorting out their labyrinthine financial affairs and custody arrangements to this day.

Since splitting from Angelina, Brad has been linked to numerous women, most recently Ines de Ramon. 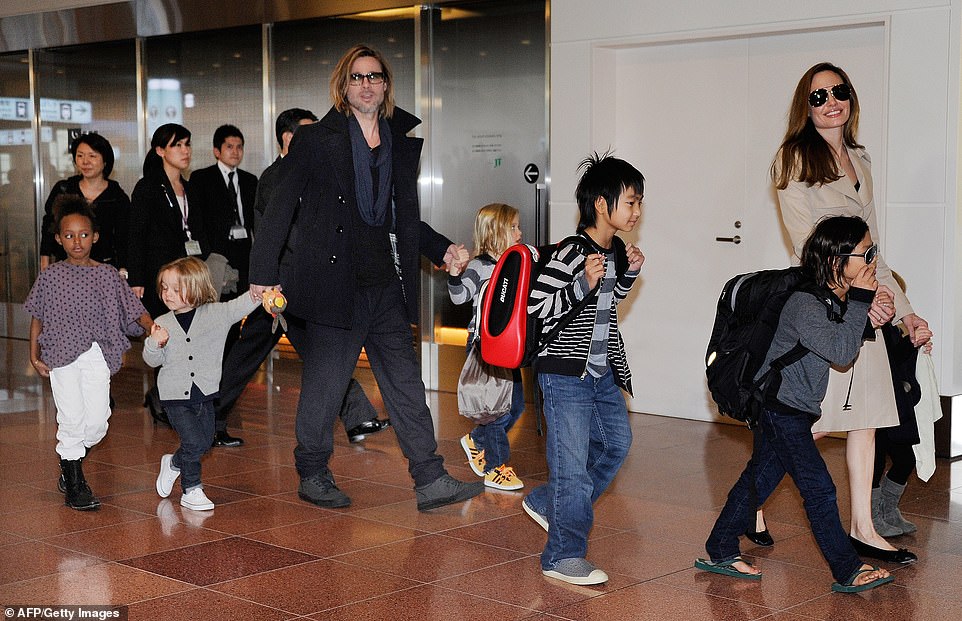 It was revealed last month that the Interview With A Vampire star and Ines are ‘officially dating.’

And the duo rang in the New Year at Cabo San Lucas in Mexico together. Brad ‘is not seeing anyone else right now’ and is ‘very happy’ with Ines, People’s source revealed.

‘They are dating and having fun,’ a source told People. ‘They have a good thing going on. There is no stress,’ the insider said, adding: ‘Brad is enjoying it.’ 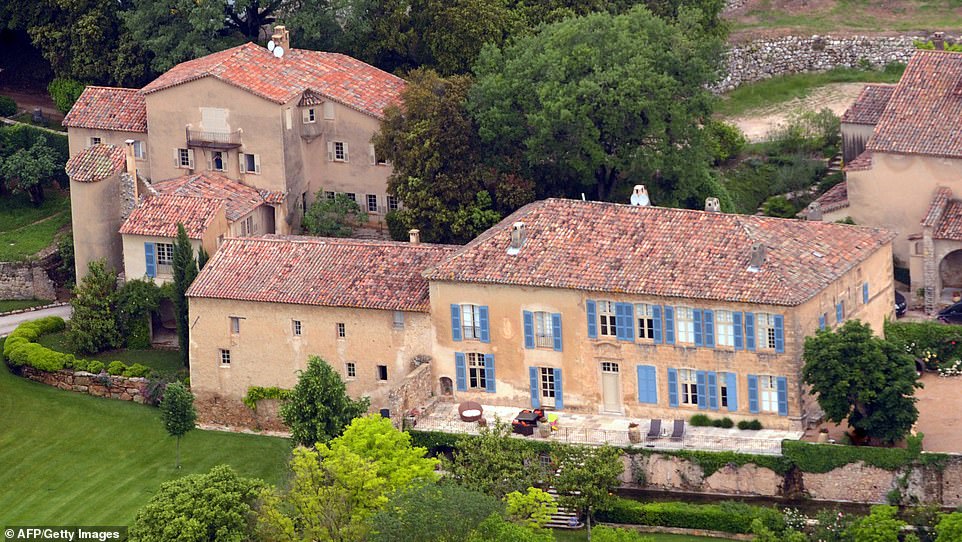 Legal battle: The exes are currently battling it out over the winery, Chateau Miraval, located in the south of France

‘He is spending more time with Ines,’ they added.

In December, Brad and Ines were seen laughing and embracing at his 59th birthday party in Hollywood.

Ines, who was also seen getting up close with Brad at a Bono concert in November in exclusive DailyMail.com photos, wore her tresses in soft waves and sported shimmering jewelry as she embraced Brad before the pair laughed out loud. 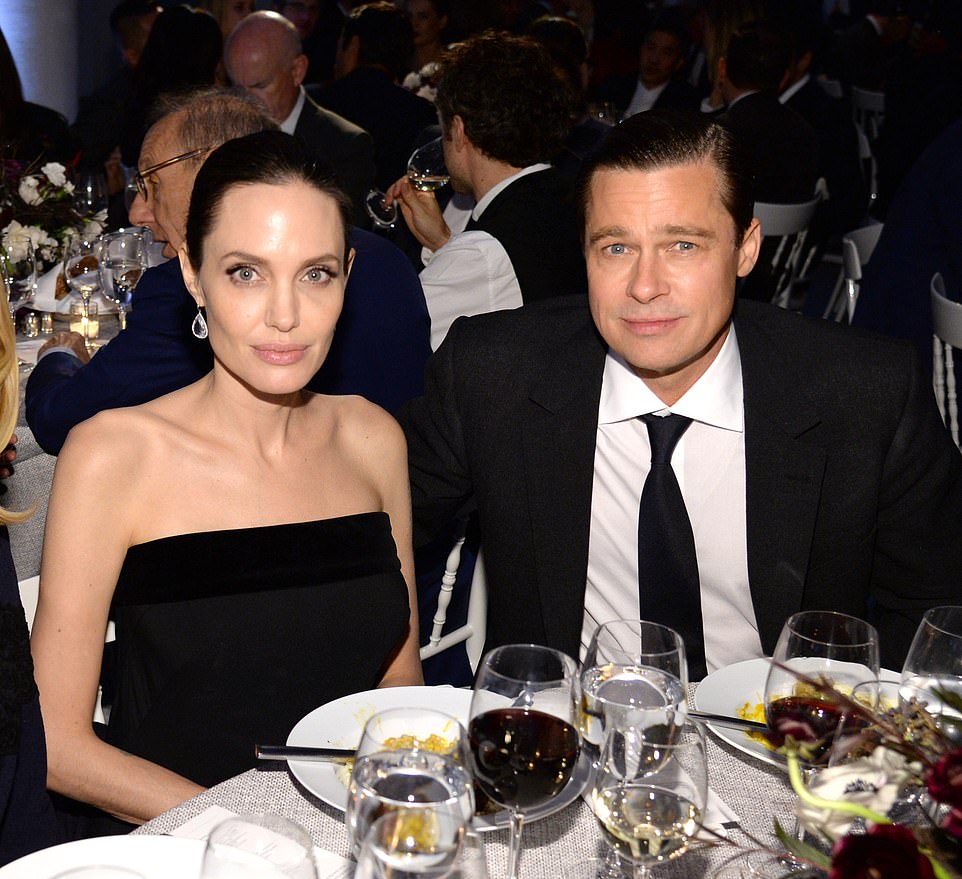 The way they were: Jolie and Pitt, who started dating after starring in Mr. and Mrs. Smith together, pictured in 2015

Days before the pair were seen packing on the PDA at the LA afterparty for his new film Babylon. The pair mingled with guests, ‘occasionally’ with their arms around one another, reports People.

The pair are said to have been dating ‘for a few months’ with source telling the publication: ‘Brad is really into Ines. They met through a mutual friend. She is very nice.’

‘Ines is cute, fun and energetic. She has a great personality. Brad enjoys spending time with her.’

Ines was previously married to The Vampire Diaries star Paul Wesley, 40. They split after three years of marriage in September of 2022. 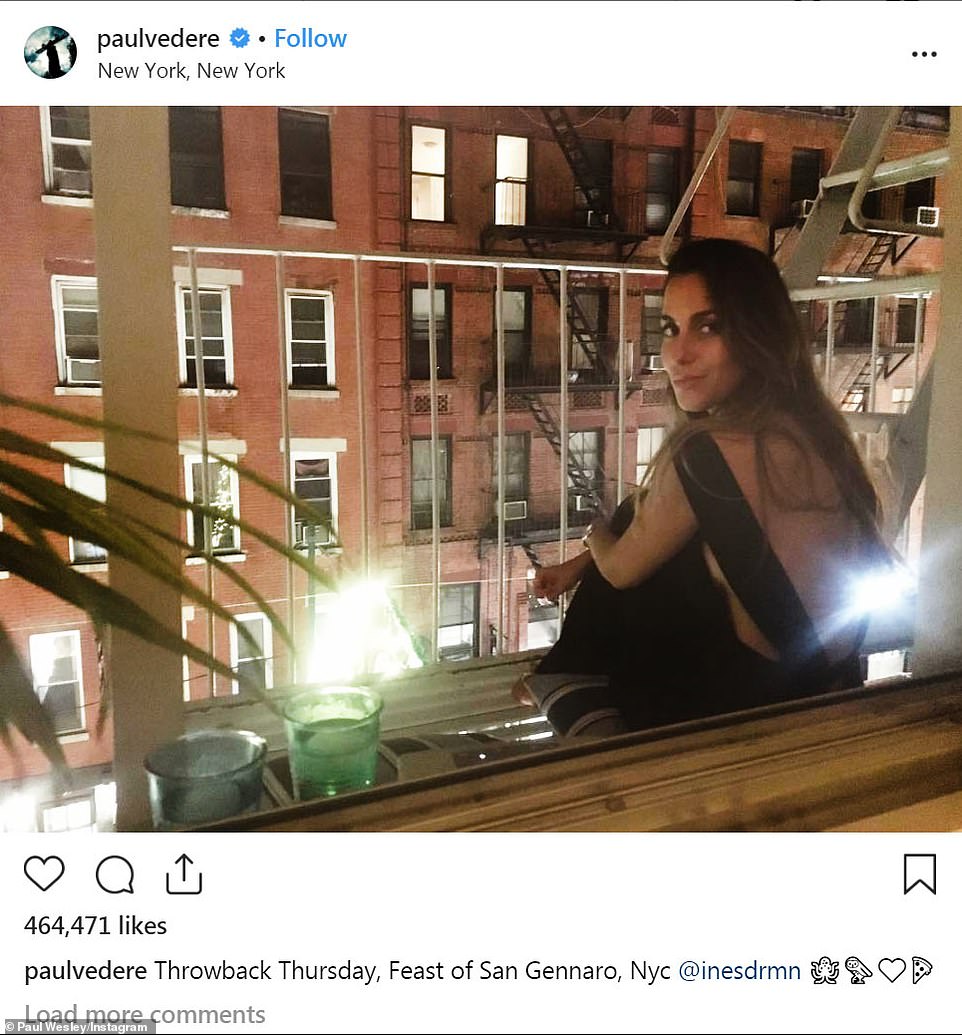