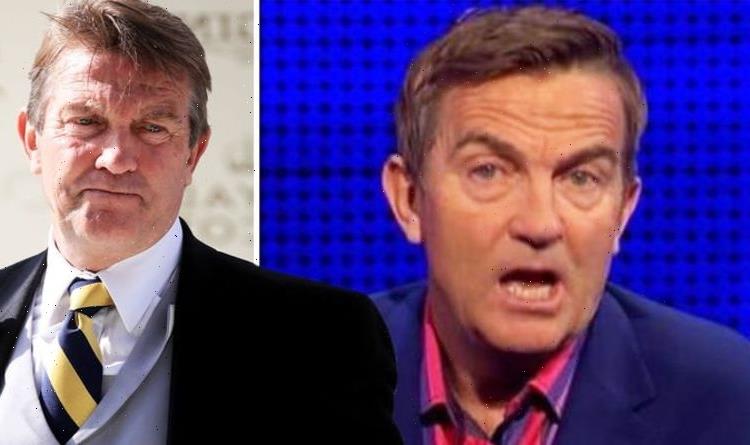 The Chase: Bradley Walsh bites back at 'unnecessary' joke

The Chase host Bradley Walsh, 61, has spoken about his lifestyle overhaul after doctors broke the news to him that his weight made him a “ticking time bomb” in relation to suffering heart-related conditions. The ITV host revealed that he was forced to reevaluate his eating habits and fitness regime after being told he is at risk of hereditary heart disease following the death of his dad before he reached the age of 60.

So turning 60 was a bit of a milestone

The star revealed that he faced heartbreak when his father died before reaching his 60th birthday after contracting heart disease.

He told The Sun on Sunday: “I had a hang-up because my father, Daniel, died at the age of 59.

“I had it in the back of my mind that I just had to get past my dad’s age.

“So turning 60 was a bit of a milestone,” he confessed.

His father’s diagnosis of heart disease meant that the TV star was also at risk of the hereditary illness and upon turning 60, Bradley gave up carbohydrates and alcohol.

The Chase star went on to tell how he had just “launched” his theatre career, but his dad tragically never got to see him perform on stage.

“I was 33 when he passed away,” Bradley explained.

“I’d just done the Royal Variety Show performance which helped launch my career, but my dad died from heart failure two weeks after that and never got to see it.”

Following Daniel’s death, the ITV presenter got tested for heart disease, which he said he now does every couple of years.

“Once you know it’s hereditary, you start having regular tests. Of course it’s a concern,” he admitted.

Bradley told how he soon underwent a full medical which he described as a “likely predictor” of whether he’d suffer heart problems in the future,

However, after results showed that he also had hereditary high cholesterol, Bradley was told that he urgently needed to “get fit.”

The star branded himself a “time bomb” and revealed that he reached his heaviest weight just before entering lockdown last year.

Bradley told how he decided to “consciously get stuck in” to losing the weight and dedicated himself to following a healthy lifestyle.

He added that the day after his birthday, he cut out bread, pasta, cakes and alcohol from his diet and bought a new puppy who he takes on daily walks.

Recently, the star opened up on This Morning about his diagnosis of blepharitis, which causes inflammation of the eyelids.

“People don’t realise I have seriously bad blepharitis. I have to take one pill a day for it or I really struggle,” Bradley explained.

Blepharitis causes red, swollen and itchy eyelids and can be caused by bacteria living on the skin or a skin condition like dermatitis.

He added that he would need to “sort it out” at some point as he talked about undergoing an operation.

“I am going to need my eyes operated on at some point to sort it out,” he added.