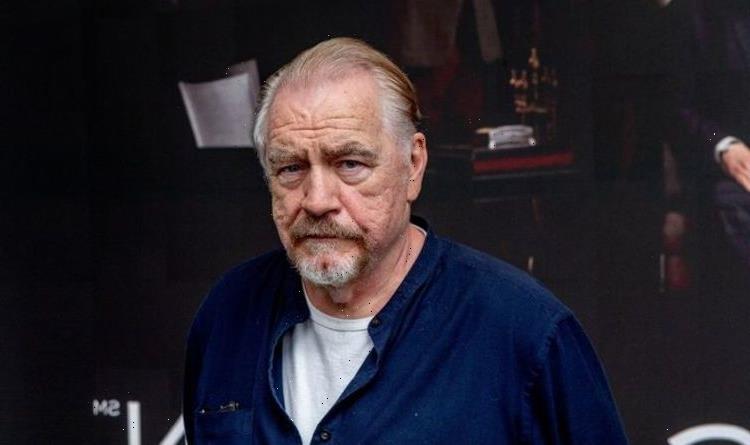 Cox starred in the Bourne Identity and took the lead in 2017 biopic Churchill about former British Prime Minister. The Scottish actor currently plays the patriarch and media mogul Logan Roy in HBO’s nine-time Emmy award winning TV show Succession. Cox himself was nominated for an Outstanding Lead Actor in a Drama Series last year for his performance as Roy but missed out to co-star and on-screen son Jeremy Strong.

HBO released a teaser for Succession’s third season last week and announced that the Roy family will return in Autumn of this year.

The comedy drama will see several new additions to its cast including Oscar-winning actor Adrien Brody who will guest star as a billionaire activist investor.

The coming season will be the third of a ‘four or five’ season run for the show, according to writer and Georgia Pritchett.

Pritchett told the Times: “We’re at the end of filming season three, so at this point Jesse is saying only one more.

“But that happens every time – we’ve got a good end in sight.”

Despite his international acclaim Cox has been accused of anti-English sentiments in the past.

In 2017 Cox, a vocal supporter of Scottish independence, blamed snobbery and the English feudal system for his move to LA in 1995.

He stated he and friend Sir Anthony Hopkins were treated as inferiors because of their background.

Cox said: “Tony Hopkins and I have one thing in common: we are not English.

“It’s a very interesting thing about the feudalism of English society.

“It’s about who you are and where you come from, how you operate within that world.

“I mean it really is – it’s more insidious.”

Cox, in conversation with Tony Blair’s former spin-doctor Alistair Campbell for the Evening Standard, subsequently expanded on these sentiments before firing shots at Brexit and the Royal Family.

Cox claimed: “The whole damned Brexit thing has been about English nationalism.

“If I felt Scotland could be an independent country in Europe: that would be my ideal now.

“The idea that this Government has the faintest clue or interest in Scotland — forget it.

“I think the Queen is an amazing woman, and what she has done is incredible.

“But when she’s gone, the whole bloody shooting match should go, I really think so.

“We won’t end this feudal hold on our culture and system until then.”

Cox was unable to vote in the 2014 independence referendum on account of living in LA but has since called for a second public vote.

The actor believes Scotland’s pro-Remain vote in the 2016 Brexit referendum, when the country voted 62 percent in favour of staying in the EU, was partly the cause for Scots to “organically” move towards independence.

Speaking at a 2020 Bafta Tea Party he said: “I would think we need to look at it, I think we need a referendum and see what we think.

“We’ve been side-lined for so long and treated really not very well and not taken very seriously.”

“Eventually you can push people so far and they’re finally going to say, ‘enough is enough,” he added.

“Really, we need to take care of our own destiny, finally.”
Source: Read Full Article