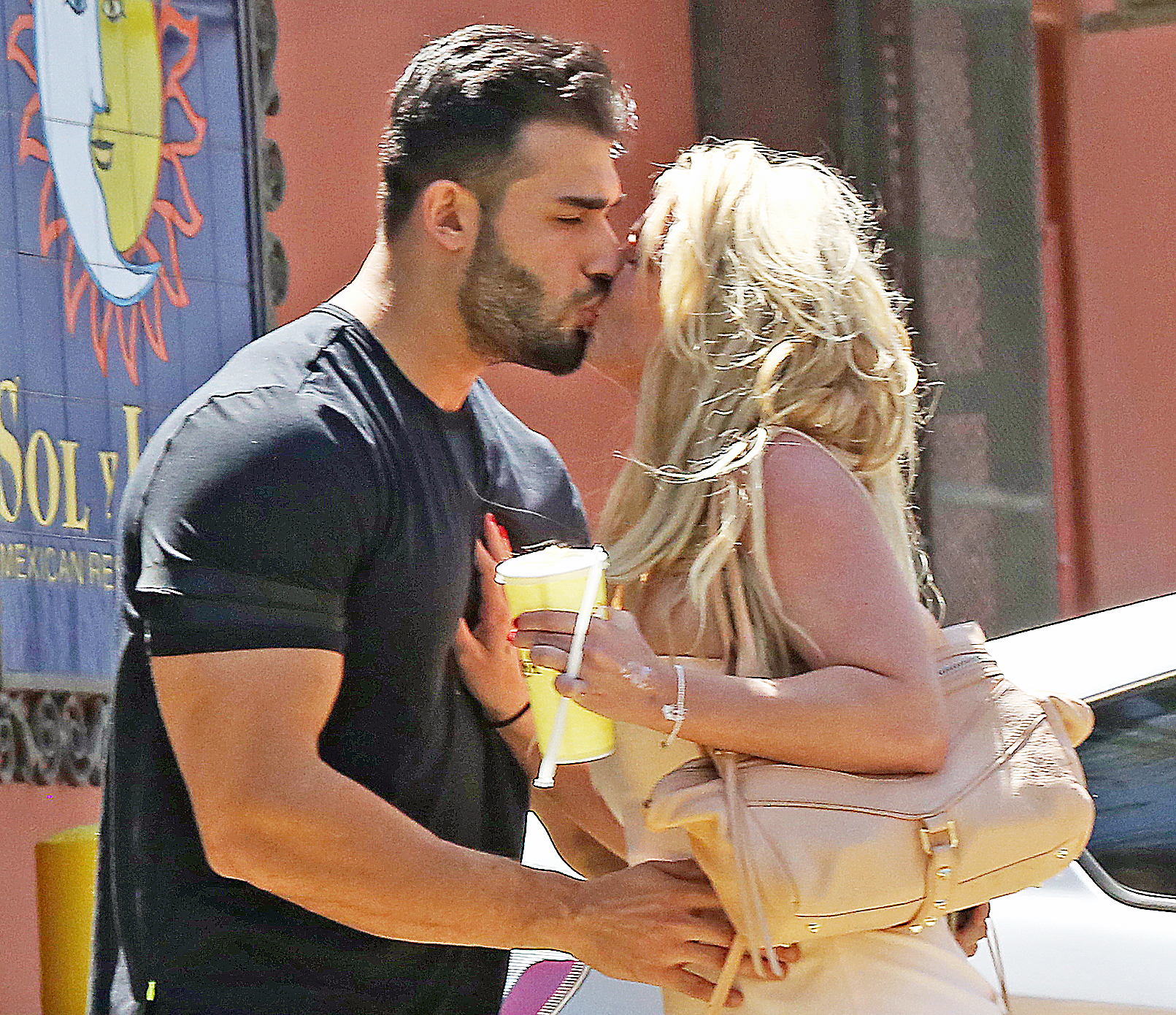 PDA alert! Britney Spears and and her boyfriend, Sam Asghari, shared a kiss in Los Angeles earlier this week.

The couple were seen locking lips after a lunch date at Mexican restaurant Sol Y Luna Monday, May 7, in Tarzana.

Spears, 36, and Asghari, 24, started dating after the fitness model starred as the pop star’s love interest in the music video for “Slumber Party” in 2016. A source told Us Weekly in February that Spears is “very happy in her relationship.”

“She has a consistent routine and she’s doing what she does best,” the source explained. “Life is good for Britney.”

The insider added that the duo “spend a lot of time together … cooking, working out, going on vacation or just hanging out.”

This is not the first time that the “Make Me” crooner and personal trainer have put their love on display in the recent months. Spears shared a video of the pair showing off their strength and kissing between workouts.

“Stronger together,” Spears captioned the Instagram fitness clip May 3.

The “Piece of Me” singer shared another video of the couple in the gym on April 13. “some days you just got to dance! @samasghari,” she wrote.

Spears shares sons, Sean Preston, 12, and Jayden James, 11, with her ex-husband Kevin Federline, whom she was married to from 2004 to 2007. More recently, she was linked to talent agent Jason Trawick, law firm associate David Lucado and TV producer Charlie Ebersol.

The source told Us that Spears’ previous relationships ended because “Britney wouldn’t have gravitated toward them on her own.”