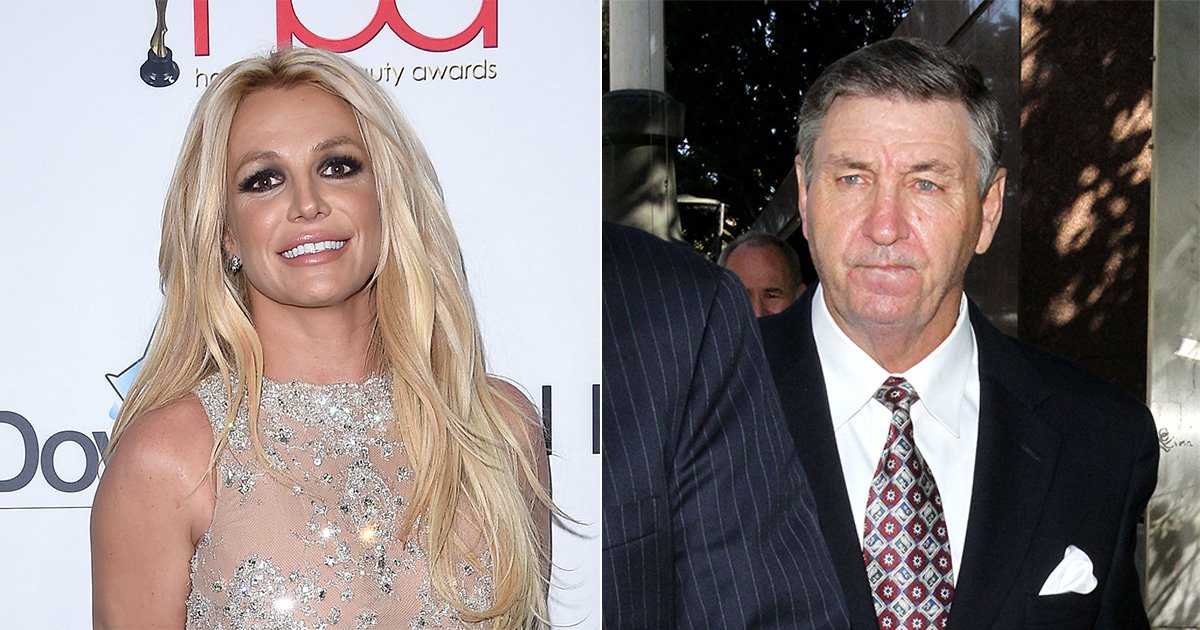 According to TMZ, the singer’s Christian father tried using his religious beliefs as a way to help the pop star following her public ‘breakdown’ in 2008.

The publication claims Jamie, 69, turned to God and became a ‘born again Christian’ following a stint in rehab, shortly before he became the conservator of his daughter’s estate.

The Toxic singer was placed under her controversial conservatorship after she was reportedly diagnosed with a mental illness following an involuntary psychiatric evaluation, TMZ reports.

Sources ‘with direct knowledge’ claimed that Jamie, along with the singer’s former management team Tri Star Sports and Entertainment Group, turned to God to try and help the Crossroads star.

Jamie and Lou Taylor, the founder of Tri Star, and Robin Greenhill, who also worked for the company alongside Britney’s management, were all born-again Christians.

Robin was brought in to help run Britney’s career and the insider claimed she was soon ‘up in every aspect of Britney’s life.’

The outlet alleged that all three would walk around ‘with the Bible in hand, proselytizing the word of God’ to Britney.

The source also claimed that, at one point, Britney was only allowed to read religious material and her camp was intolerant of anyone not deemed a ‘good Christian’.

Britney’s mother Lynne Spears, 66, previously commented about how religion played a part in the early days of Britney’s conservatorship in one of her books, TMZ noted.

Indeed, Lynne discussed how Jamie and Lou ‘felt God leading them to wait, fast, and pray, despite the frustration of a phalanx of lawyers’ back when they were first deciding to file for the conservatorship.

Lou was once a spokesperson for the Spears family and during an appearance on the Today show in 2008, she expressed how religion was central to the family’s focus in their mission to help Britney.

She said Jamie was ‘asking the Lord to give him the strength’ daily and claimed that Lynne was also ‘asking every day for God to give her strength.’

‘I would really hope that all those who seek God for strength in their life would be interceding for this family,’ she commented to the NBC morning show at the time.

Religion reportedly remained the focus until the start of Britney’s 2009 Circus Tour’, with the insider claimed that the hugely profitable tour then saw money become a more central issue.

Britney, 39, has since called the conservatorship abusive and alleged that she was exploited by her father and others in her management team.

In a huge legal victory for the Womanizer singer, a judge removed Britney’s father as her conservator in a milestone step towards having the rule removed entirely.

Taylor and her firm also now no longer have anything to do with the star.

Britney is hoping to be freed from the conservatorship entirely after it was put in place in 2008, meaning she has not had control over her personal or financial decisions.

The Lucky singer has been using her newfound freedoms to speak out about her experiences under the rule, including hitting out at her sister Jamie-Lynn, 30.

In July Britney’s mom backed the star ending the conservatorship, saying she can look after herself and should be allowed to choose her own lawyer.

That same month, Britney criticized her sister for performing her songs in 2017, writing on Instagram: ‘I don’t like that my sister showed up at an awards show and performed MY SONGS to remixes !!!!!. My so-called support system hurt me deeply !!!!’

Britney also revealed that she wanted to ‘sue her family’ for being complicit in how she was treated during the past 13 years, telling the court in June: ‘I also would like to be able to share my story with the world, and what they did to me, instead of it being a hush-hush secret to benefit all of them.’

Metro.co.uk has reached out to Britney and Jamie’s reps for comment.