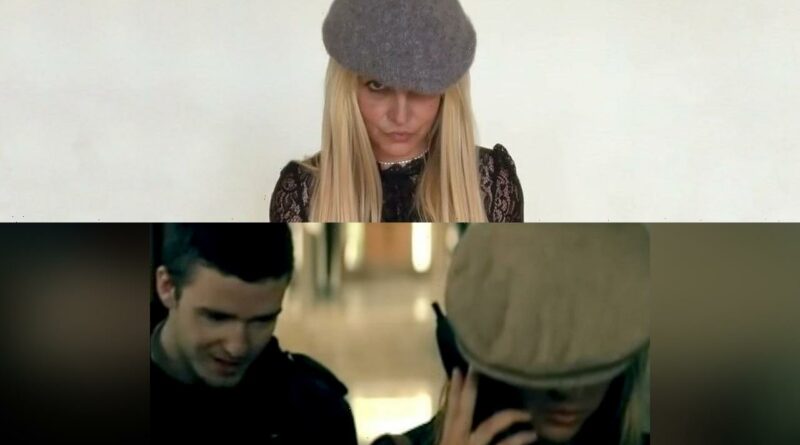 Britney Spears pokes fun at her former boyfriend by wearing a cap similar to the one donned by the model in his breakup single widely believed to be about her.

AceShowbiz –Britney Spears has dressed up as the girl from her ex-boyfriend Justin Timberlake‘s “Cry Me a River” music video in her latest Instagram post.

In the short clip, the “Me Against the Music” hitmaker wears the infamous cap the girl wore in the clip for his 2002 hit single, which is believed to be have written about their breakup.

The visual for the song famously features a girl that looked very much like Britney and, in a new Instagram post, the pop music icon claimed she “looked like that girl in that JT video.”

“Thoughts while making this video … Hmmmm something looks familiar …. The hat …. wait I look like that girl in the Justin Timberlake video with that hat in Cry Me A River !!!” she wrote alongside it.

Britney also claimed she looked “like a doctor” while wearing a white coat, adding, “Oh s**t I look like a doctor in this video too though with the white coat … maybe I’M THE DOCTOR.”

Earlier this year, fans hit out at Justin following a segment in the “Framing Britney Spears” documentary, which explored their romance and separation.

He later issued an apology to the singer, insisting he’ll “take accountability for my own missteps in all of this as well as be part of a world that uplifts and supports.”

“I care deeply about the wellbeing of the people I love and have loved. I can do better and I will do better,” added Justin.