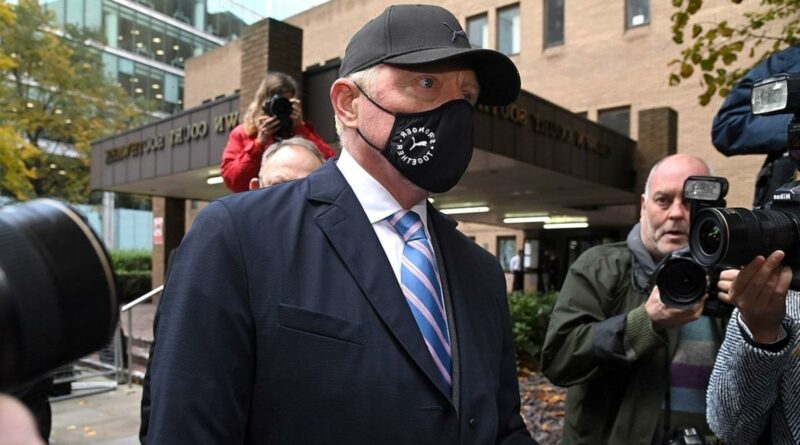 Boris Becker appeared in a London courtroom Thursday to plead not guilty to allegations he’s been hiding several tennis trophies from debt collectors.

… another bizarre twist in one of the weirdest falls from grace ever.

Remember, Becker — a former tennis superstar who made more than $25 mil in his career — was declared bankrupt in 2017 after racking up what court officials called a “historic debt.”

52-year-old Becker was later ordered to surrender any possessions of value to a trustee — who could in turn sell the items to help satisfy the debt. It’s common practice in bankruptcy cases.

FYI, Becker was only 17 when he won Wimbledon in ’85 — making him the youngest men’s singles champ ever.

In other words, the trophy is probably super valuable to collectors.

But, Becker allegedly failed to hand over the trophies — along with roughly $1.3 million in cash … so prosecutors have pushed forward with criminal charges in a new 28-count indictment.

If convicted, Becker reportedly faces several years behind bars. This is a big deal.

Becker’s attorney, Jonathan Caplan, says the tennis star is “determined to face and contest these charges and restore his reputation in relation to the allegations made against him.”

Yeah, good luck with that.

By the way, Becker has allegedly tried to run from his debt in the past — back in 2018, he claimed to have a diplomatic passport from the Central African Republic that would give him immunity in his bankruptcy case in the UK.

But, officials from the Central African Republic claimed the document was fake — and they had no record of Becker ever receiving any such passport.