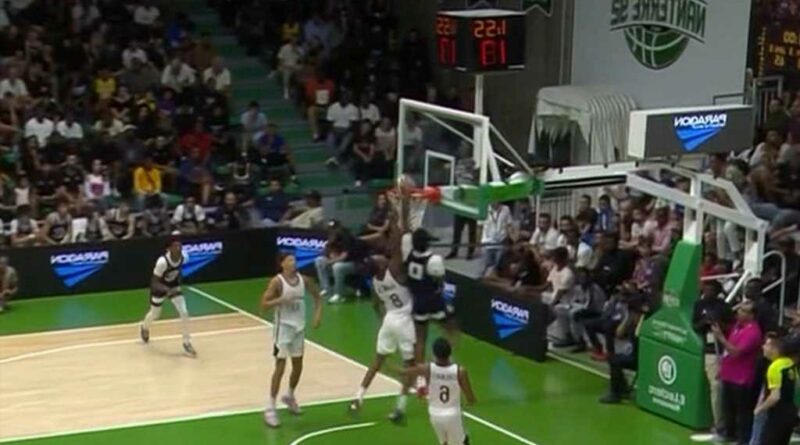 Bronny James is looking more and more like his pops every time he takes the court — because LeBron‘s oldest just unloaded an insane posterizing dunk on his opponent … and the NBA superstar lost his mind!!

The moment just happened at the Club Basketball Euro Tour overseas … where Bronny and his bro, Bryce, are suiting up for the California Basketball Club.

With under 2 minutes in the second quarter, #0 took the ball the whole length of the court … and legit took flight as he slammed it home.

Of course, the James bros are finally suiting up on the same team together … and hoops fans have been watching their every move.

The dunk is just a sign of more to come from Bronny … who’s entering his senior year of high school hoops.

Bronny and Bryce have been getting in some solid time on the hardwood with their dad — training together at the Lakers facility earlier this month.