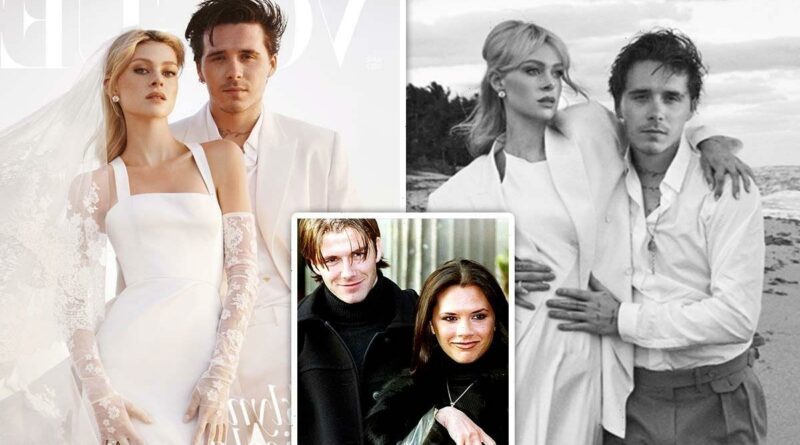 Brooklyn Beckham and Nicola Peltz get married in Miami

The multi-million-pound affair was one of the celebrity events of the year and included A-listers like Eva Longoria, Spice Girl Mel C and Serena and Venus Williams.

The couple’s extravagant ceremony has drawn speculation as to whether they were inspired by the nuptials of Brooklyn’s parents, David, 47, and Victoria, 48.

David and Victoria’s iconic wedding was held in 1999 in Luttrellstown Castle in Ireland.

It famously included giant golden thrones, Victoria donning a diamond tiara and a four-month-old Brooklyn matching his dad in a white suit.

Brooklyn and Nicola have now reflected on their special day and dispelled rumours that they took inspiration from David and Victoria in an apparent snub.

Nicola told British Vogue: “Their wedding was incredible and those pictures are iconic.

“But the wedding we were most inspired by was Iman and David Bowie’s.”

David and Iman wed in 1992 at Lausanne City Hall in Switzerland.

The legendary singer and model decided against an elaborate affair and instead tied the knot in a civil ceremony attended by just three people.

A few months later, they had an Italian wedding celebration in Tuscany.

Another picture showed the mum-of-four in a selfie with her daughter Harper, 10, and Desperate Housewives star Eva.

Earlier in the week, Victoria described how she became overcome with “emotion” while she watched her son tie the knot.

She said: “It’s a big deal, your child getting married. I was very emotional.

The fashion designer added that it took her a while to figure out what she wanted to wear to ensure she was looking “appropriate”.

She went on: “It took me quite a while to figure out what I wanted to wear.

“The day wasn’t about me, it was about Brooklyn and Nicola. So, I wanted to look appropriate, and really to be comfortable and to feel like myself”, she told Grazia Magazine.

See the full feature in the June issue of British Vogue available via digital download and on newsstands from Tuesday 24th May. 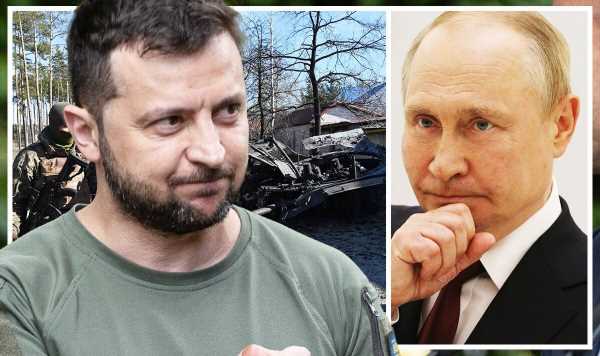