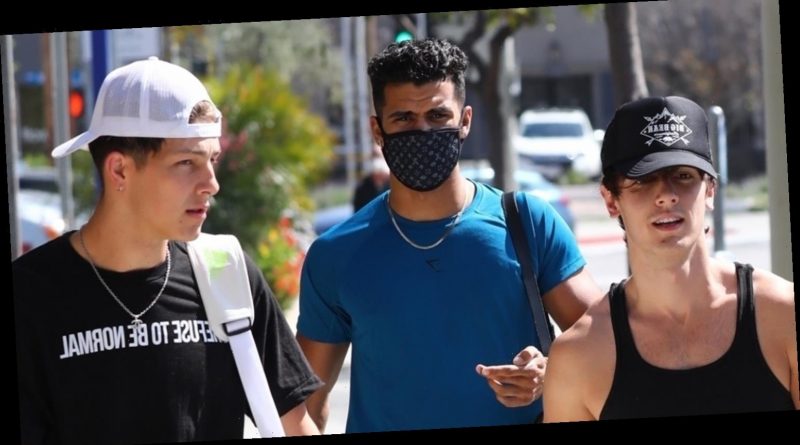 Bryce Hall heads to the gym with his buddies on Thursday (April 8) in West Hollywood, Calif.

The 21-year-old was joined by Nate Wyatt and Tayler Holder for a workout at the Dogpound gym.

The three TikTok stars have been in the gym a lot lately, working on their fitness and their boxing skills as they prepare for their upcoming boxing event.

Bryce is the main event at the Social Gloves: Battle of the Platforms boxing and entertainment event this summer. He will go up against YouTuber Austin McBroom from the ACE Family.

Nate will fighting DDG and Tayler‘s opponent has yet to be chosen, though Kyle Godfrey, aka Stromedy, has been campaigning to get on the ticket to get in the ring with him.

Speaking of the event, which will air on LiveXLive on June 12th, there’s a new trailer, teasing the upcoming matches and showing a bit of all the social stars who will be taking part. Check it out now.

In case you missed it, you can catch Bryce and his Sway LA friends on their recently released reality show, Sway Life, on Instagram and Facebook. You can also catch Nate and Tayler on their House of Creators reality show!