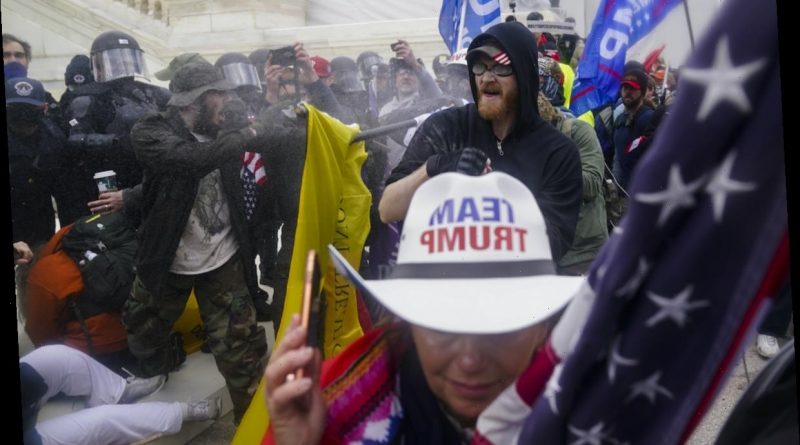 The death toll of this week’s pro-Trump attack on the U.S. Capitol rose to five Thursday night when a United States Capitol Police officer died from injuries sustained during the melee.

Gallery: Attack on the U.S. Capitol

Capitol Police issued a statement that United States Capitol Police Officer Brian D. Sicknick — who joined the USCP in 2008 — “returned to his division office and collapsed” after the January 6th incident. “He was taken to a local hospital where he succumbed to his injuries.” The statement did not elaborate on these injuries, but it did assert that the Metropolitan Police Department’s Homicide Branch, the USCP, and federal agencies would be investigating the death.

Previously, there were four deaths attributed to the siege on the Capitol, including the rioter Ashli Babbitt, who was shot and killed by Capitol Police when she attempted to enter the building through a broken window. The other three people have not been identified and apparently died from medical emergencies, according to The New York Times.

Pro-Trump mobs stormed the Capitol on Wednesday after the President of the United States delivered a speech at a rally in which he repeated lies and incendiary talking points about how he won the 2020 presidential election by a landslide and accused Democrats of stealing the election for President-elect Joe Biden. He then instructed his supporters to march down to the Capitol, where Biden’s win was being confirmed by Congress, and “cheer on our brave senators and congressmen and women… and we are probably not going to be cheering so much for some of them — because you will never take back our country with weakness.”

Robin Williams: The Triumphant Life and Painful Final Days of a Comedic Genius

Senate Democratic Leader Chuck Schumer and House Speaker Nancy Pelosi, along with more than 100 Democrats and one Republican, have since called for Trump’s removal from office. “Yesterday, the president of the United States incited and armed insurrection against America,” Pelosi said Thursday. “In calling for this seditious act, the president has committed an unspeakable assault on our nation and our people. I join the Senate Democratic leader in calling on the vice president to remove this president by immediately invoking the 25th amendment. If the vice president does not act, Congress may be prepared to move forward with impeachment.”