Nothing to see here! Cardi B opened up about her Met Gala conversation with Nicki Minaj and revealed that the rappers are on good terms after ongoing rumors of bad blood.

“I didn’t wanna ever talk about it in public because I felt like we gonna see each other again and we will talk about it and it’s always, like, little issues,” the “Finesse” songstress continued. “The thing is, it’s always little issues. But you know, fans are always gonna make it a big thing.”

The women were photographed casually chatting during the fashion fete, which Cardi explained helped their friendship. “I spoke to her at the Met Gala about it and it’s just, like, see? It’s just something that had to be talked about because it was an issue,” she explained. “I’m not gonna talk about it, but I really feel a certain type of way.”

Added the “Be Careful” rapper: “My feelings was really hurt and I was just on some, ‘You know what? This is why I just keep to myself. This is why I cannot f—k with nobody.’” 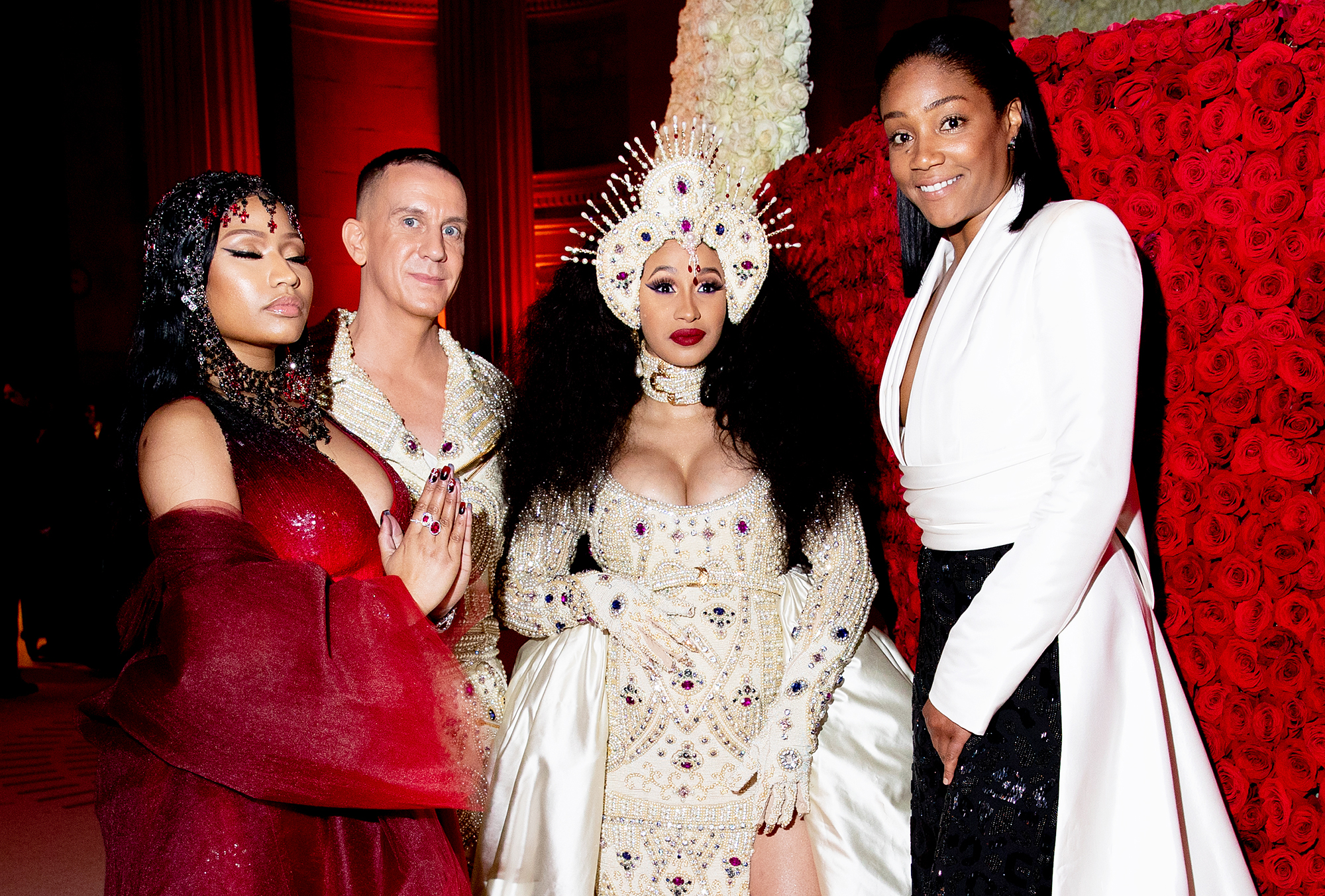 Minaj, 35, made headlines in April when she revealed the root of her tumultuous relationship with the “I Do” rapper. After the twosome collaborated on Migos’ track “MotorSport” last year, Cardi suggested that the “Barbie TIngz” rapper rerecorded her verse to one-up her.

“When I first came in the game, if a female of that stature had done a feature with me on it, I would only be singing their praises and saying, ‘Thank you,’” Minaj  said in an April interview with Apple Music Beats 1. “The first interview [Cardi] did after ‘MotorSport’ came out, it just really hurt me ‘cause she looked so aggravated and angry … I kind of felt ambushed.”

The “Starships” rapper later emphasized that she fully supports Cardi’s career. A source added to Us Weekly last month, “Nicki really respects Cardi and will always root for the success of other female artists and MCs.”