Home » Celebrities » Cardi B ‘sued for $10 million by ex-manager’

She’s just announced that her last performance before giving birth to her first child will be this Saturday at Broccoli Fest in Washington, D.C.

But Cardi B also has some legal stuff she’s going to have to deal with too, according to PageSix.com Thursday.

The gossip site reports that the 25-year-old rapper’s ex-manager called Shaft has filed suit against her for $10 million. 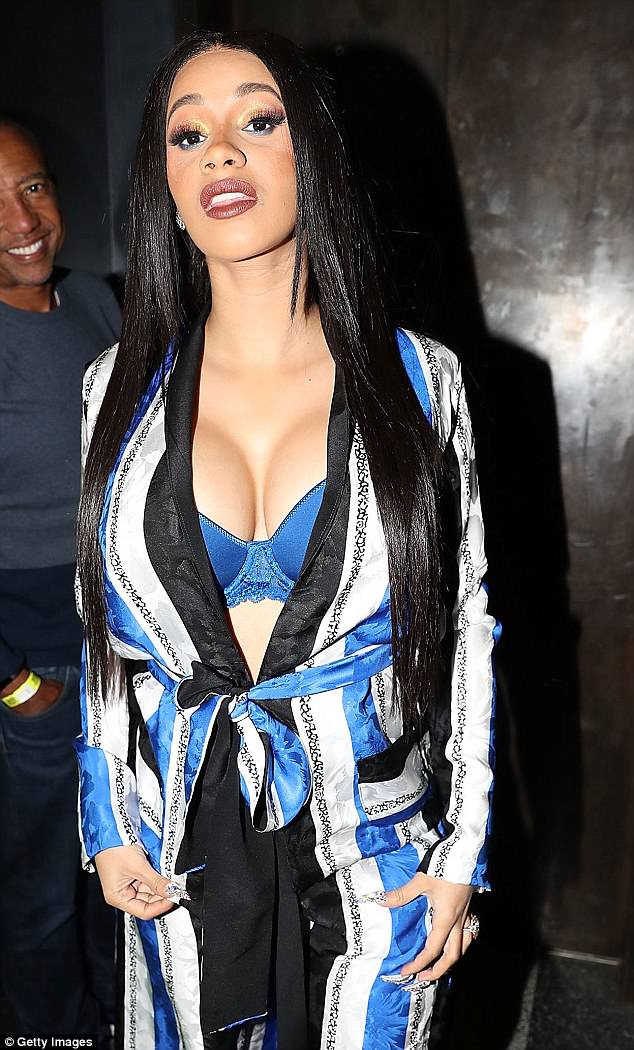 Legal woes: Cardi B, who is pregnant with her first child, is being sued by her former manager for $10 million, PageSix.com reported Thursday 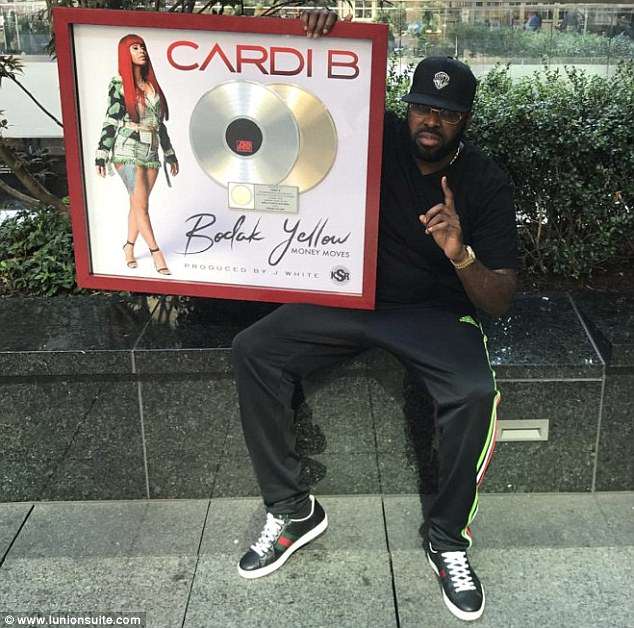 Grievance: The rapper’s ex-manager called Shaft claims he discovered her in 2015 and orchestrated her breakout hit Bodak yellow, only to be sidelined and cut out of her career

Shaft claims he discovered Cardi B in 2015 and helped launch her into a huge star only to be sidelined by the Bronx native.

PageSix.com said sources told the site that Shaft ‘orchestrated the production of her mega-hit Bodak Yellow’ and also took care of her career ‘as if she were his daughter.’

A spokesperson for the former manager told the outlet: ‘While he is proud of their successful collaborations as she evolved from Instagram influencer to music megastar, Shaft is disappointed by her actions to freeze him out of her career, which are detailed in the complaint.’ 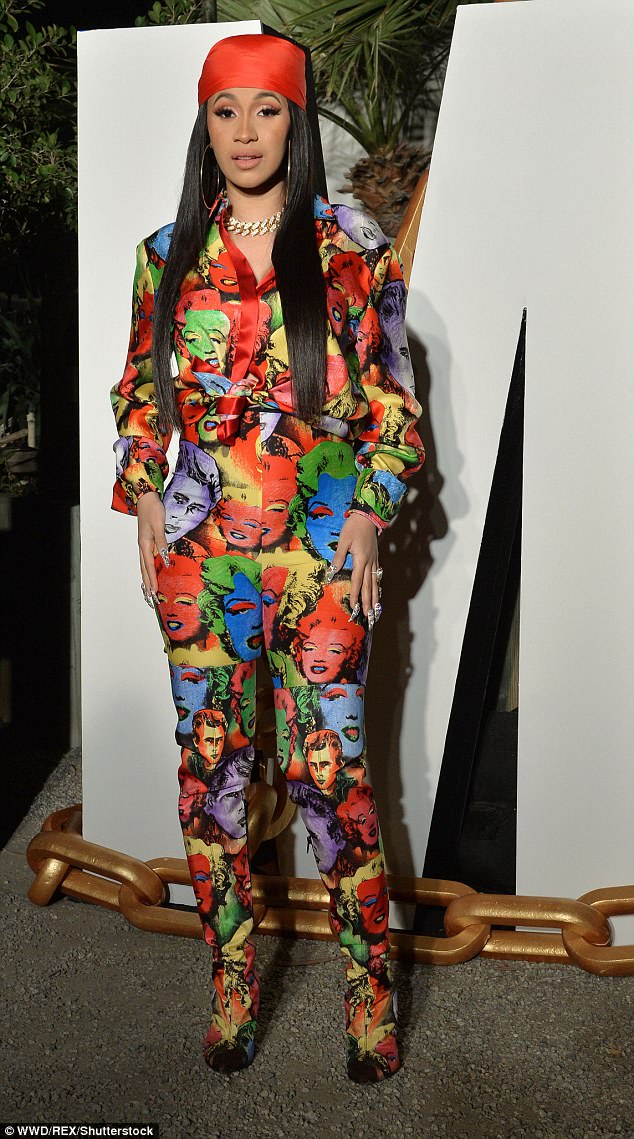 Pregnant: The Get Up 10 hitmaker, pictured April 14, is expecting a baby with rapper boyfriend Offset and announced this week she needs to take a break from performing

The Get Up 10 hitmaker is expecting a baby with boyfriend Offset and announced in an Instagram video this week that she needs to take a break from performing because of the advanced nature of her pregnancy.

‘I wanted to make it clear and everything the Broccoli Fest will be my last performance… for um.. a little while… and everything,’ she said in the clip.

‘Because you know… shorty keep growing and I be looking like I be moving and everything but in reality… a b**** can barely breathe,’ she added.

‘I want to thank ya all for understanding. I’ll be back for the Bruno Mars tour and everything,’ she continued in the post. ‘I just want to let ya all know that Broccoli fest will be my last performance and thank ya all I love ya all mother f****s.’

Cardi – real name Belcalis Almanzar – has catapulted to stardom in the last year with a slew of hit songs, most of which were included in her newly-released debut album Invasion of Privacy.

Not only has the album made impressive moves on the Billboard charts with a peak placement at No. 1, the Be Careful rapper recently finished a two-weekend stint at the famed Coachella music festival. 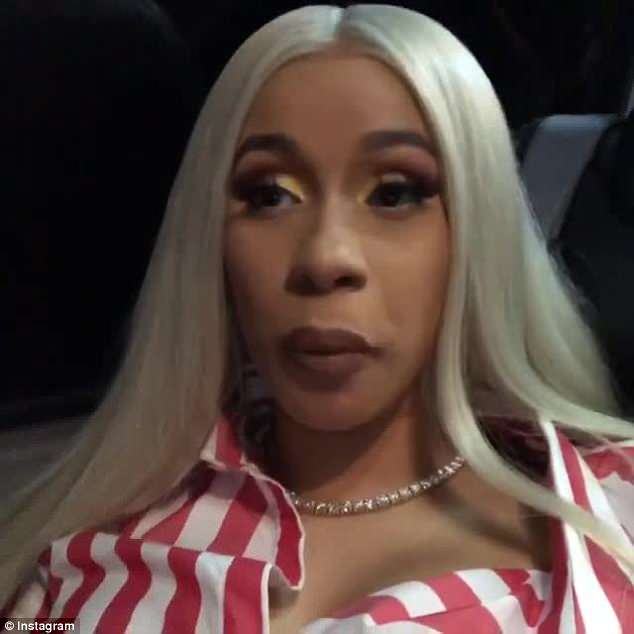 ‘Because you know… shorty keep growing and I be looking like I be moving and everything but in reality… a b**** can barely breathe,’ she explained of her decision to take a break 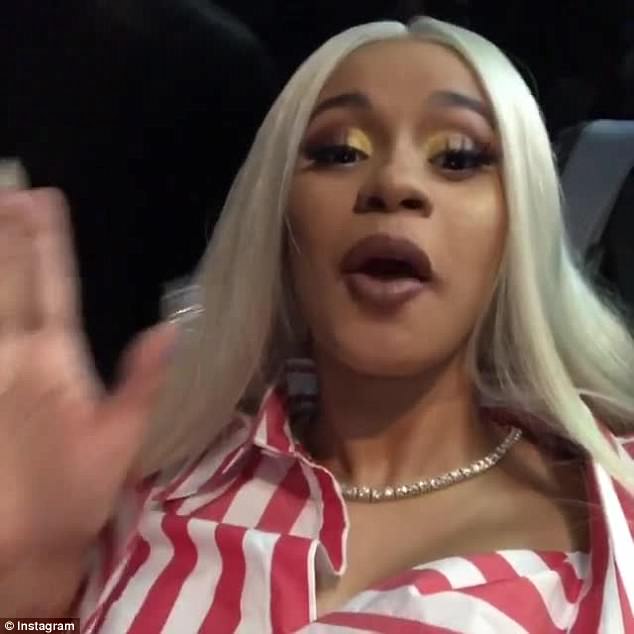 Hiatus: She told fans her last performance before the birth of her baby will be this weekend at Broccoli Fest in Washington, D.C. 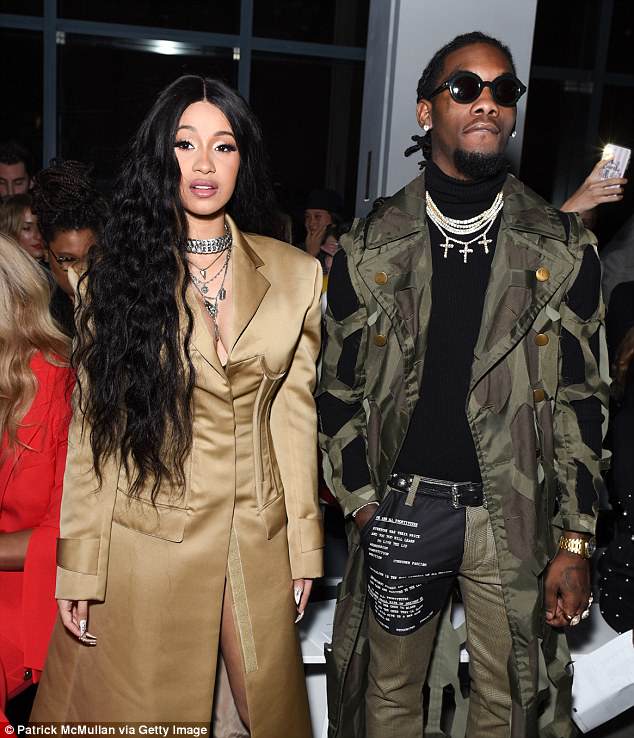 Parents-to-be: Cardi and Offset, pictured in February, will reportedly welcome their bundle of joy in July