Carol Vorderman, 58, opened up about her potentially tearful reaction to the latest series of Welsh BBC thriller Keeping Faith. The former Countdown presenter revealed to her 406,000 followers she would be introducing the premiere of the programme on stage tomorrow evening. Carol shared the exciting news on the micro-blogging site this afternoon after retweeting a preview clip of the show featuring the cast members. She wrote: “I’m so excited to be introducing  the premiere tomorrow night on stage @bbcwales.”

However, in spite of her eagerness to share the series with viewers, Carol admitted her emotion may get the best of her on the day.

Actress Eve Myles, 40, from the drama took to the comments section of Carol’s post to address her reaction to the show.

She wrote: “Nervous and nervous for tomorrow! Very much looking forward to seeing you…”

After spotting the star’s comment, Carol wrote back: “Really looking forward to meeting you too… and like millions of others I can’t wait for Series 2.”

Other Keeping Faith fans also shared in the TV personality’s anticipation over the event. 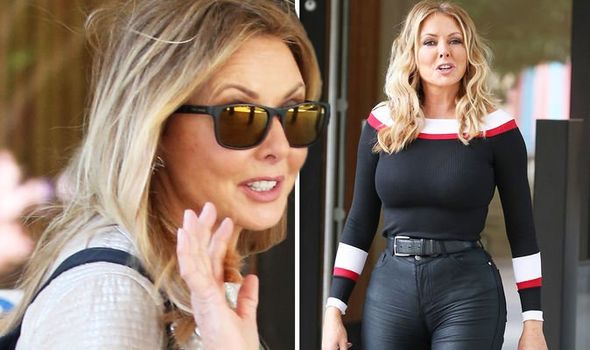 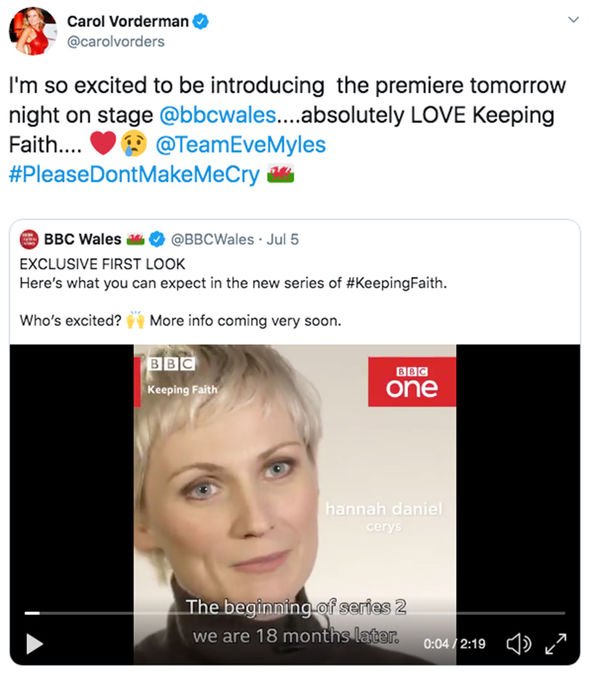 One replied: “Whoop whoop! Can’t wait. I’ve primed the people the other side of the bridge to be prepared for more Welsh drama brilliance with series 2. See you tomorrow.”

A third admirer wrote in reference to Eve and Carol: “Oh Wow!! Evie & Vorders!! Have I died & gone to heaven?? See ya’ll there.”(sic)

A fourth responded: “I really love this show really great, watched it twice Eve Myles is just excellent I was shocked where this show will go from here.”

Elsewhere, Carol spoke out in response to a negative comment she received from a Twitter user after she documented her experience on a train journey to Chester. 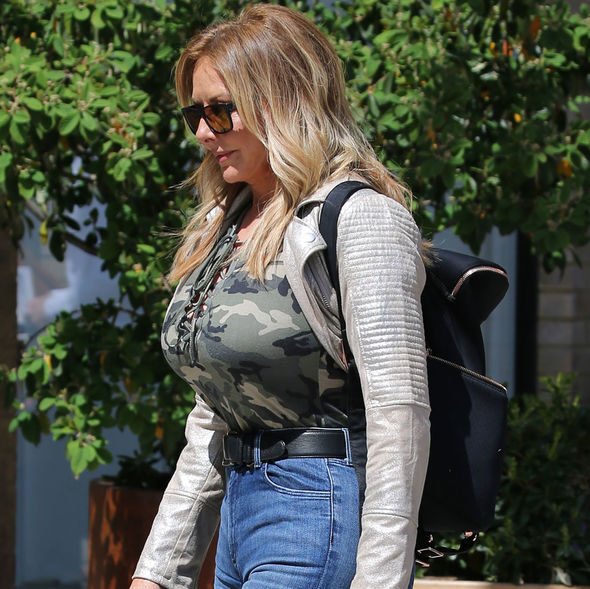 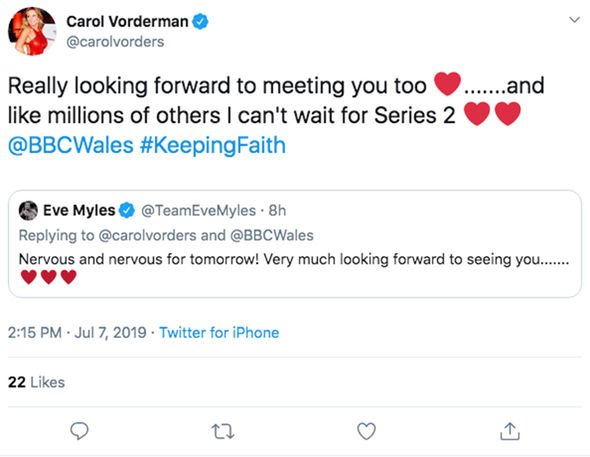 The Countdown favourite shared pictures of a selection of delicious meals she was served by a chef on board, including steak and a cheese platter.

She added the caption: “O.M.G… I have stumbled upon the #WelshOrientExpress @transport_wales.

Unfortunately, a critic seemed to be under the impression that Carol was paid to promote the experience, writing: “How much did you get paid for this? Crass.”

The presenter was quick to clarify the situation as she replied: “I booked online and paid £65 for my ticket… just like everybody else. Was paid nothing.

“Now I suggest you stop being miserable… it’s like drinking a cup of poison everyday and expecting your enemy to die… You’re only harming yourself… Have a good day.”