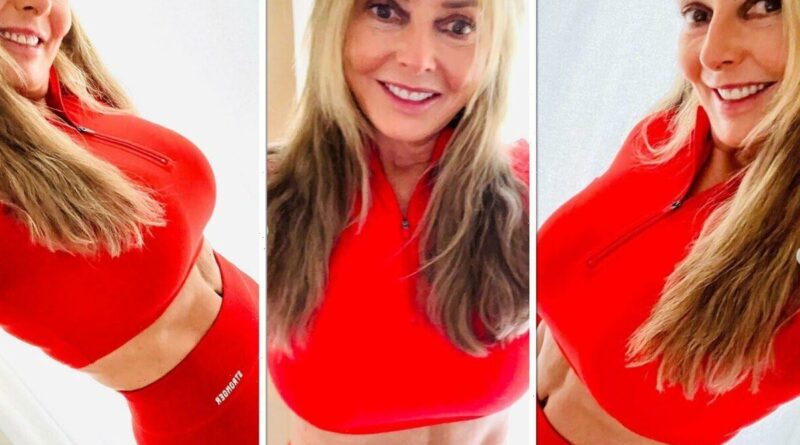 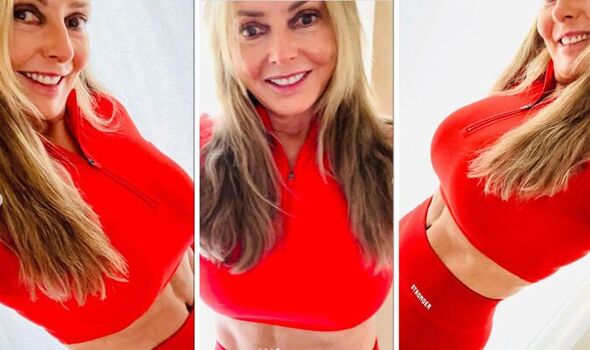 Carol beamed as she showed off her new gym gear, which she purposefully made patriotic by choosing Welsh colours. Carol displayed her ample assets in the crop half-zip long-sleeved top, which was paired with matching high-waisted leggings.

Posting regularly on Instagram, any follower of the former Countdown maths whizz will know that she is in prime health. Most recently the star posed in red gym gear, flashing a glimpse of her rock-hard abs.

The television personality boasted that she is currently learning how to do the splits and regularly stretches, as she has recently got into yoga. Having been partaking in classes for a month, Carol admitted that she was “still c**p” at the exercises but feels no shame, as she is gaining numerous benefits from the activity.

Motivating others to take up yoga, she said: “Never had a problem with my back funnily enough….Lucky woman… but protected it. Sending huge sympathy to anyone who struggles with back problems. Keep on moving.”

It is not just Carol’s perfect abs that followers can be slightly jealous of, as the star also has an ageless complexion and seems to be ageing impeccably well. In another video, Carol addressed her borderline obsession with “healthy ageing” explaining that she regularly reads science papers about health and longevity now she is in her sixties.

Due to this, Carol has learnt – and started to take – a certain supplement known as Primeadine spermidine, which the star says helps to “get rid of rubbish in your cells and use it for energy,” in a process known scientifically as autophagy. Claiming that the supplement makes her feel “on top of the world,” many might be unaware that spermidine is a chemical found in semen. 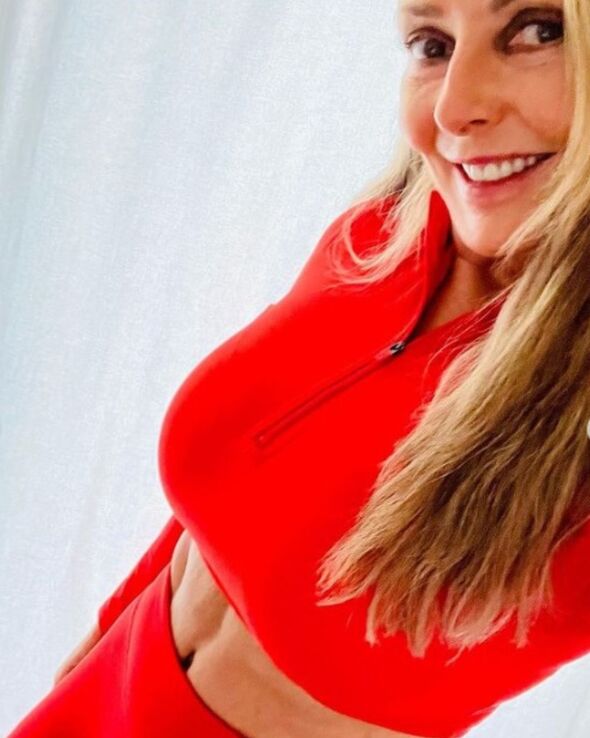 The star, who regularly updates her 248,000 Instagram followers on her health and fitness routine, encouraged followers to keep exercising as she said she has been doing “yoga-stretchy things” for a month. She also revealed that she was “learning how to do the splits” after hearing online that it only takes four weeks. 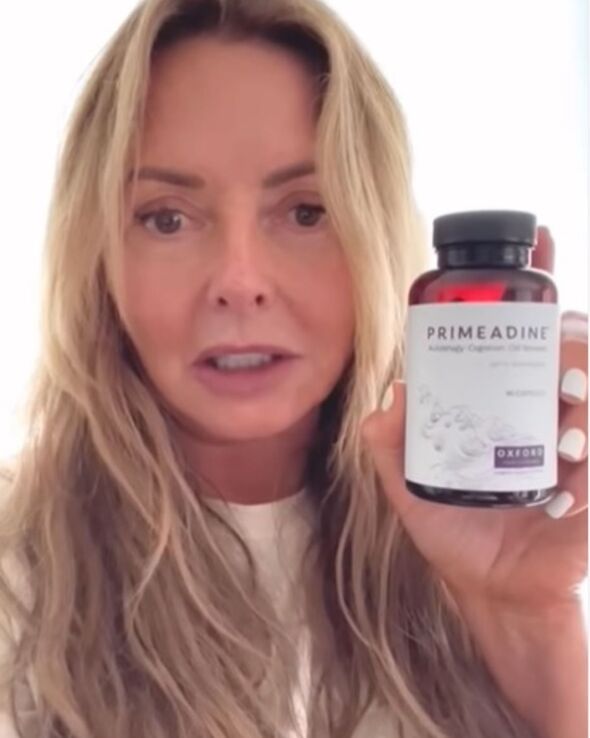 Holding up a bottle of Primeadine spermidine supplements, Carol said the tablets, which she has been taking for a year, help give her body a “spring clean” and chuck out the “clutter” that may cause her to “dysfunction” as she ages. 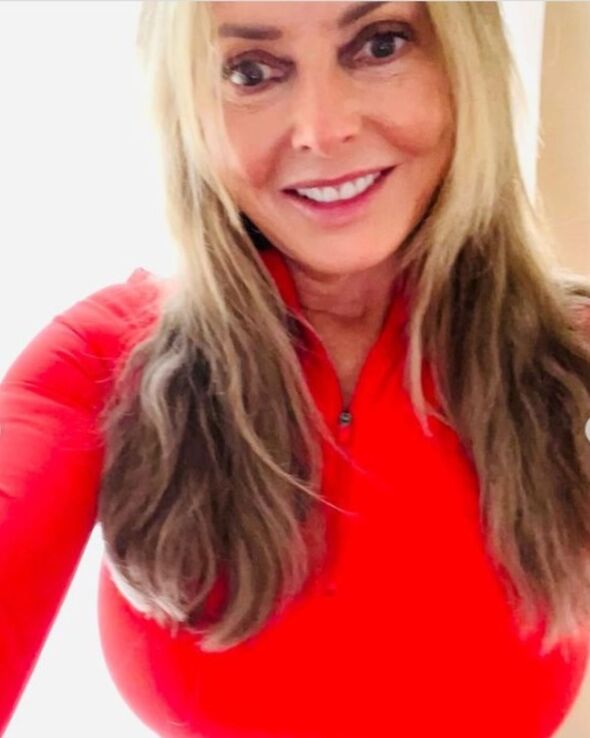 Carol was all smiles as she shows off her impressive physique

Looking directly into the camera as she showed off her physical frame in a third picture, Carol explained that yoga is “good for core / abs / back,” despite having been lucky enough to never suffer with back problems. 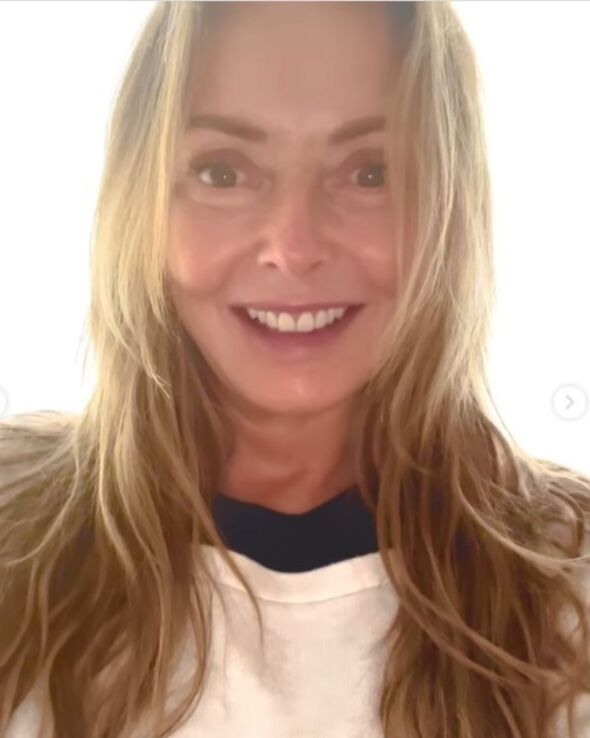 Within the video the Pride of Britain awards figurehead said she “felt it was time” for “early morning yoga-ing” before chuckling to herself that she was “c**p at it”. Explaining with a smile the star went on to say: “The key to it is, feel no shame,” before the video ended. 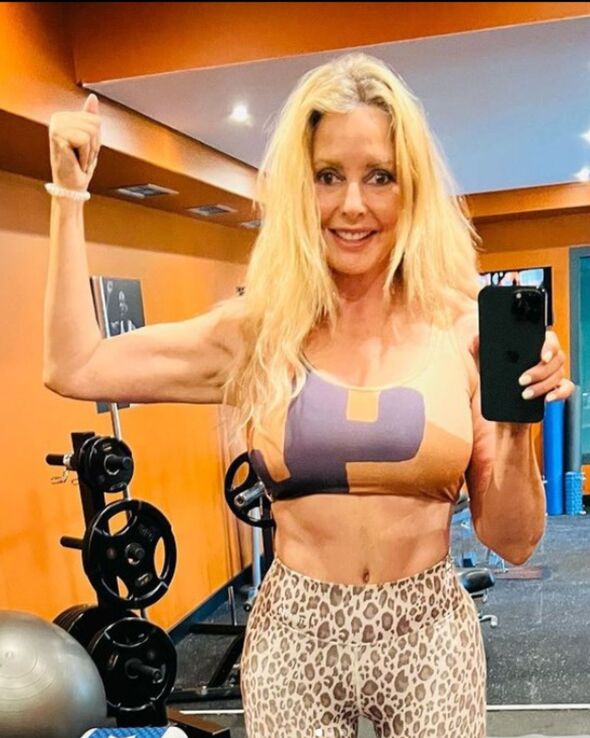 Crediting Robert Rinder, known as Judge Rinder, for showing her new routines to try in the gym, Carol showed off her impressive results taking a mirror selfie with gym gear visible in the background. The star wore leopard print leggings which highlighted her tiny waist and a two-toned patterned sports bra. 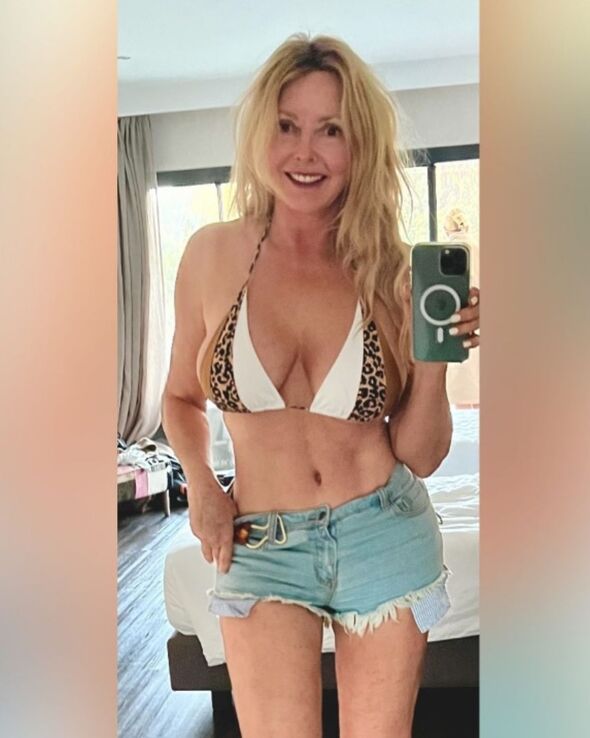 After spending two weeks in sunny Portugal on a Juice Masters Retreat, Carol showed off her impressive weight loss results. Wearing mini denim shorts and a skimpy bikini top, the star’s abdominal muscles were on full display. She captioned the image: “I’ve dropped over a dress size and bursting with energy. Haven’t been into these shorts for a few years and now they’re loose. Boommmm.”