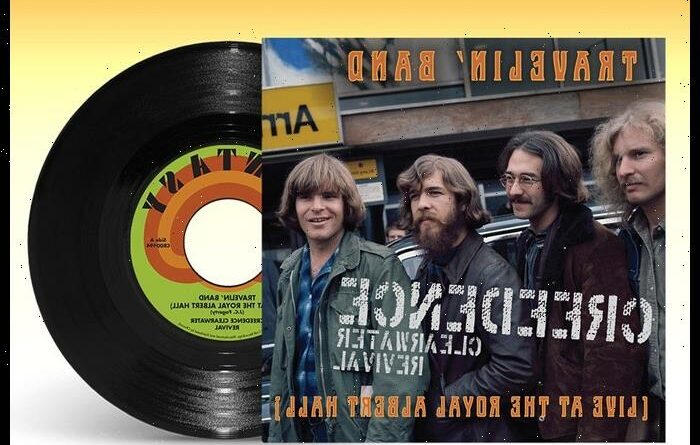 “Travelin’ Band,” captured from a 1970 recording during the Rock & Roll Hall of Famers’ appearance at London’s Royal Albert Hall, will be available on June 18 along with “Who’ll Stop the Rain” recorded at the Oakland Coliseum and previously released on the platinum-selling live album, The Concert.

Craft Recordings is releasing only 9,000 copies of the recording on a special 7-inch pressing.

Fans can find their nearest local participating retailer to buy the “Travelin’ Band”/”Who’ll Stop the Rain” recording at RecordStoreDay.com.