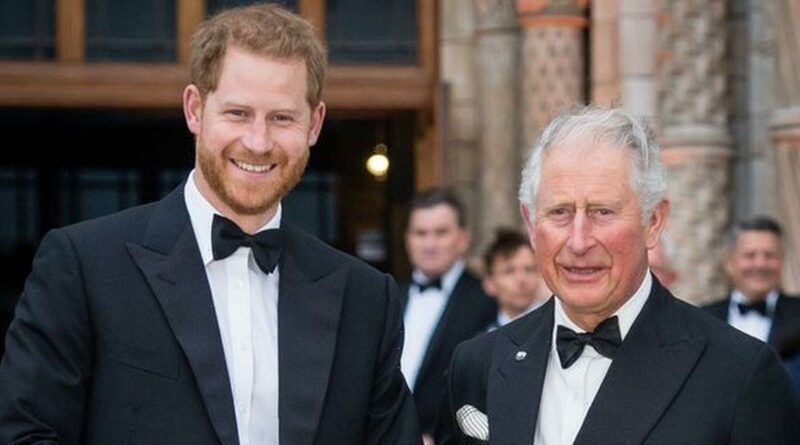 Prince Charles has appeared to offer an olive branch to his son Prince Harry, as he praised his son's efforts to highlight climate change.

The Prince of Wales, 73, said he was "proud" of the Duke of Sussex, 37, in an essay for American publication Newsweek.

The praise comes after Harry spoke about his relationship with his father in his interview with Oprah Winfrey, where the Prince admitted he felt “let down” by Charles after he “stopped taking his calls”.

When asked about his relationship with the Prince of Wales, Harry said there was “a lot of hurt”.

It's been reported the pair have barely spoken since the explosive interview.

But, now Charles has shared his pride over his both his sons as he wrote: "As a father, I am proud that my sons have recognised this threat.

"Most recently, my elder son, William, launched the prestigious Earthshot Prize to incentivise change and help repair our planet over the next ten years."

Charles added: "My younger son, Harry, has passionately highlighted the impact of climate change, especially in relation to Africa, and committed his charity to being net zero." It comes after reports the father and son have "barely spoken" in the past eight months and relations between the pair were said to be "at all all-time low" last month.

Charles was said to be "deeply shocked and hurt" after Harry claimed he raised "concerns" Mahfouz Marei Mubarak bin Mahfouz, the Saudi tycoon at the centre of a probe into donations to his father’s charity.

It's been reported that Harry took a £50,000 donation for his Sentebale charity from Mahfouz in 2013.

And the billionaire is later said to have donated £1.5million to Charles' The Prince's Foundation and received an honorary CBE months later. The Charity Commission has launched an investigation. Kate at 40: A Thoroughly Modern Duchess In this special collector's edition of OK!, we take a look at the Duchess of Cambridge's rise to become one of the most loved and respected members of our Royal family.

Ahead of her milestone birthday, we reveal all about Kate's loving childhood, delve into the secrets of her happy marriage to Prince William and discover what Kate is really like off-duty – from her passion projects to her parenting style.

With the help of royal experts, we celebrate the most iconic moments of Kate's life in the spotlight, and reveal what surprises could be in store as she turns forty in style…

Available in store now and online at www.ok.co.uk/katespecial for only £4.99.

Harry later stated he had cut ties with Mahfouz due to "concerns over his motives" and added he had no involvement in what he branded the "CBE scandal".

A friend of the Prince of Wales later told The Sun: “Charles is deeply shocked and disappointed by Harry’s latest statement which effectively threw his father under the bus.

“There are fears that this episode with Mahfouz could even be a chapter in Harry’s autobiography.

“This attack was more damaging than the swipe at Charles’s parenting skills because this was a challenge to the way he conducts his business which is far more damaging to the future King.

“There is no way for Charles to fight back and defend himself publicly so he keeps a dignified silence.

“These constant barbs about his father from America could be very damaging to his reign. Attempts have been made to clear the air but they have barely spoken since the Duke of Edinburgh’s funeral.”

They added: “Charles very much loves his son and he will not be having a pop at Harry in return. It’s that simple. He is not going to join in because loving his son is the thing that matters the most.”

For all the latest news on the Royal Family many more of your favourite stars, sign up to our daily OK! newsletter.