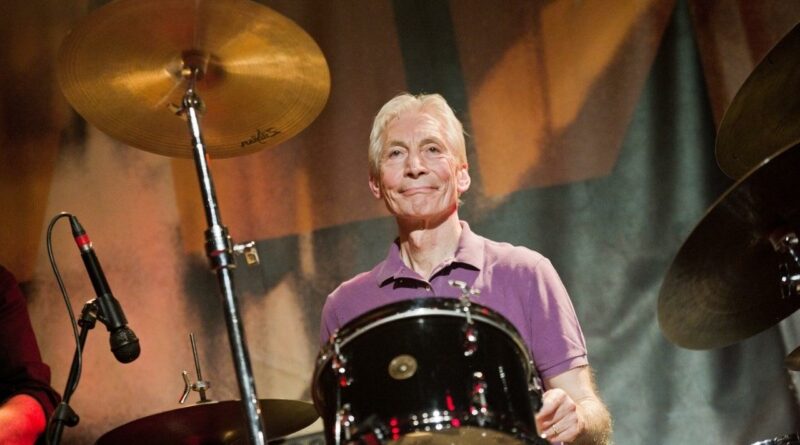 Charlie Watts is being remembered. On Tuesday, a spokesperson for the Rolling Stones drummer confirmed to ET that Watts died at age 80 at a London hospital.

“It is with immense sadness that we announce the death of our beloved Charlie Watts,” the statement read in part. “… Charlie was a cherished husband, father and grandfather and also as a member of The Rolling Stones one of the greatest drummers of his generation.”

Following news of Watts’ death, tributes quickly poured in from both his bandmates and other musicians.

In a video posted to Twitter, Paul McCartney said he was “so sad” to learn of Watts’ death.

“He was a lovely guy. I knew he was ill, but I didn’t know he was this ill,” McCartney said. “Lots of love to his family, his wife and kids, and his extended family. Condolences to the Stones. This will be a huge blow to them because Charlie was a rock and a fantastic drummer, steady as a rock.”

“Love you, Charlie. I’ve always loved you. Beautiful man,” he added. “Great condolences and sympathies to his family.”

“So saddened to hear about the passing of Charlie Watts. An absolute inspiration to a legion of drummers since the 1960’s,” Taylor wrote. “A man of grace, style, dignity and composure. His simple style was a lesson to us all, when we heard Charlie play, we realised there was never a need to over perform, it was all about the groove, serving the band and of course the song.”

“Most of all,” Taylor continued, “despite being in the greatest rock and roll band of all time, his self effacing manner and humility was a shining light for all of us in the world to follow. Thank you Charlie.”

So saddened to hear about the passing of Charlie Watts . An absolute inspiration to a legion of drummers since the 1960’s. A man of grace , style , dignity and composure . pic.twitter.com/Nu4msDShAF

Most of all , despite being in the greatest rock and roll band of all time , his self effacing manner and humility was a shining light for all of us in the world to follow..
Thank you Charlie
Roger
x

Meanwhile, Elton John shared a photo of himself with Watts, noting that it’s “a very sad day.”

“Charlie Watts was the ultimate drummer. The most stylish of men, and such brilliant company,” John wrote. “My deepest condolences to Shirley, Seraphina and Charlotte. And of course, The Rolling Stones.”

A very sad day. Charlie Watts was the ultimate drummer. The most stylish of men, and such brilliant company. My deepest condolences to Shirley, Seraphina and Charlotte. And of course, The Rolling Stones.

Questlove called Watts “the heartbeat of Rock & Roll,” while Lenny Kravitz remembered the musician as “the beat of The Stones.”

In total shock Charlie Watts was a lovely guy. He will be sorely missed. Deepest sympathy to his wife, the band and all his family and friends. 1/2 #[email protected]

I knew him a bit I used to meet him on the train when I used to go to Devon years and years ago.he was a great drummer and a great guy a one off sorry Charlie #[email protected] 2/2

All of my hi hat technique I owe to Charlie . Thank you and RIP Charlie Watts.

Rest In Power #CharlieWatts RIP. You are a smooth brother. Thanks for all the great music. pic.twitter.com/ePlXpiiqNc

Rock n roll would not be rock n roll without the rhythm, the style, the VIBE of this incredible musician. Rest In Peace #CharlieWatts, one of the greatest and most important architects of the music we love. pic.twitter.com/xEfzaSLCba

RIP Charlie Watts 🌘😞💙 master of elegant simplicity. (Thx @bradwood3 for the CW tutorials and lineage in my songs.) By thy grooves, we knew ye 💔 https://t.co/5iaZ2oSm8T

A hero is gone. No words. A huge gaping hole in the universe.

Rolling Stones drummer Charlie Watts dies aged 80 https://t.co/LUVShR1yaM via @YahooNews AWFUL NEWS. One of the true timeless icons and the backbone of the Stones. Hard to fathom the loss. So very sad.

I’m just shocked to hear about Charlie Watts. I don’t know what to say, I feel terrible for Charlie’s family. Charlie was a great drummer and I loved the Stones music, they made great records. Love & Mercy. pic.twitter.com/C4q2zXvVKo

Charlie Watts was the most elegant and dignified drummer in rock and roll. He played exactly what was needed – no more – no less. He is one of a kind. pic.twitter.com/aasPZ2fMYX

Forever In Our Hearts

Saddened to hear about Charlie Watts. For those of us that love music, we’ve lost one of the true pioneers of rock-n-roll. A consummate performer and an even better human. There’s so much to say about Charlie, but for now we will listen to the gift he gave us all – his music. pic.twitter.com/8pNx8ZMzqG

No matter what song the Stones played… it always had a deep groove… that was Charlie Watts…he will be missed. -J.O.

Oh no… Charlie Watts is gone.
The Rolling Stones have been my favorite band forever. And Charlie wasn’t just good “tonight”, he was always good. A little bit of music died today.