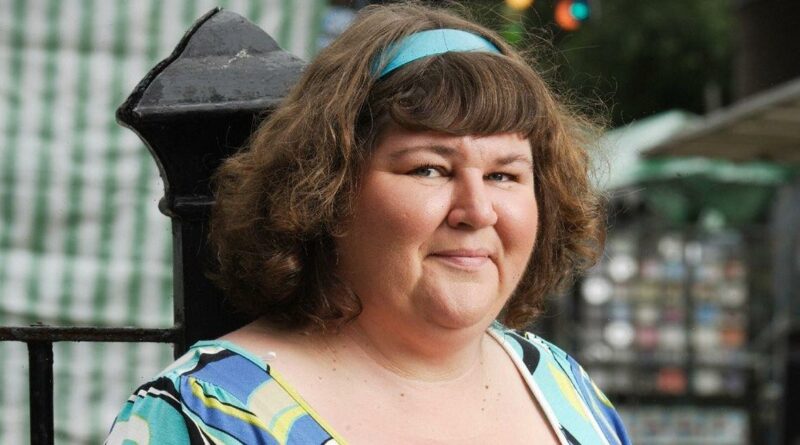 Former EastEndersactress Cheryl Fergison is almost unrecognisable from her days on the Square playing Heather Trott.

The actress, 56, oozed confidence as she attended the Tatton Park Pop Up Festival at Tatton Park in Cheshire this week showing off the results of her recent weight loss.

Cheryl wore a sleeveless patterned full-length maxi dress as she smiled for the camera with her brunette curls free flowing over her shoulders.

Smiling at the cameras, the actress looked confident and happy as she posed up a storm, making the most of the warm temperatures.

The star took to her Instagram story to share some behind the scenes footage at the festival, where she happily spoke to fans at the popular event.

The former BBC star told the camera she’d arrived early and was waiting for the event to start.

She said: “There’s nobody here yet, we’ve come early.” She panned the camera round to show her friends with her at the event and also showed fans the stage and tables and chairs all set up ready for the festival-goers with a Spice Girls track playing in the background.

She told fans: “It’s going to be a great festival, come along if you can.”

The star is most famously known for her role as Shirley Carter’s best friend in the BBC soap, Heather Trott who spent much of her time working in the launderette.

Cheryl joined the soap in 2007 as Shirley’s George Michael loving sidekick and had fans hooked until she left the show in 2012 after being killed by Ben Mitchell.

Earlier this year, Cheryl hit out at those who criticised her marriage to Yassine Al-Jermoni, who is 21 years her junior.

Cheryl explained how when her son Alex, 22, asks Alexa for a fact about his mum, it immediately responds with: "Cheryl Fergison is married to a goatherd from Morocco".

Detailing her annoyance at this, Cheryl said: "Why's that the first fact that comes up? And it's wrong!"

She then added: "We don't have any goats. We've never had any goats near us! But that's the first thing people say. I find it really difficult to pin down why – there's racism, sexism, ageism – all the isms are there when people talk about our relationship."

The actress met Yassine online back in 2010, and after exchanging messages online for several months she jetted off to his hometown of Agadir, Morocco.