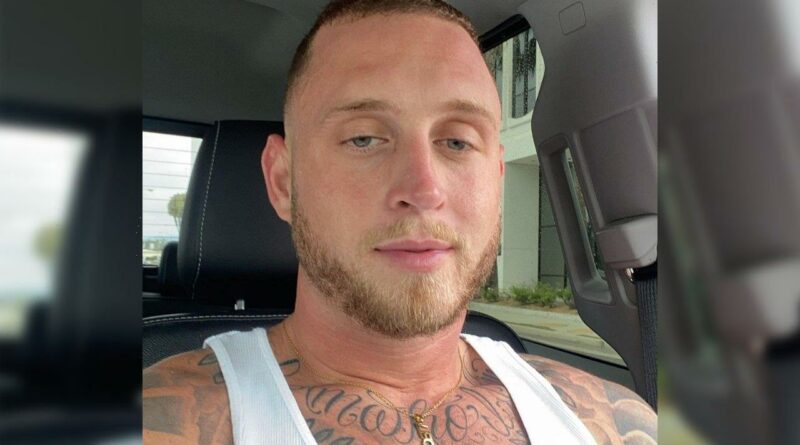 Kiana Parker, who is suing Chet for $1 million for allegedly physically and verbally abusing her while they’re dating, says she’s ‘glad’ that her lawsuit can move forward in Texas court.

AceShowbiz –Chet Hanks‘ 31st birthday celebration did not go as planned. The son of A-listers Tom Hanks and Rita Wilson, who has been sued by his ex-girlfriend Kiana Parker for an alleged assault, was served with the lawsuit by her while he was enjoying his party.

Kiana’s representative told Radar that Chet was partying at a club named Bottled Blonde in Houston on August 7. At 12:16 A.M., he was approached by the process server after being tracked through videos shared on his Instagram Story.

About how she feels knowing her lawsuit can move forward in Texas court, Kiana told the outlet, “I am glad that he must finally answer for his charges, this has been lingering for too long and I will continue to seek closure, healing, and justice.” She added, “My life matters so I spoke up.”

Kiana filed the lawsuit in April. She is suing the former “Empire” star for $1 million for allegedly physically and verbally abusing her while they were dating. In the suit, Kiana detailed an alleged ordeal that occured in October 2019. She claimed that her then beau lost it on her because she wanted to leave their hotel room while they’re in New Orleans.

Kiana, who broke up with Chet in January this year, also described another incident that took place in Sugar Land in November 2020. She alleged that Chet “threatened to ‘blow [her] brains out’ in a murder-suicide” with her 9-year-old twin children being present in the house.