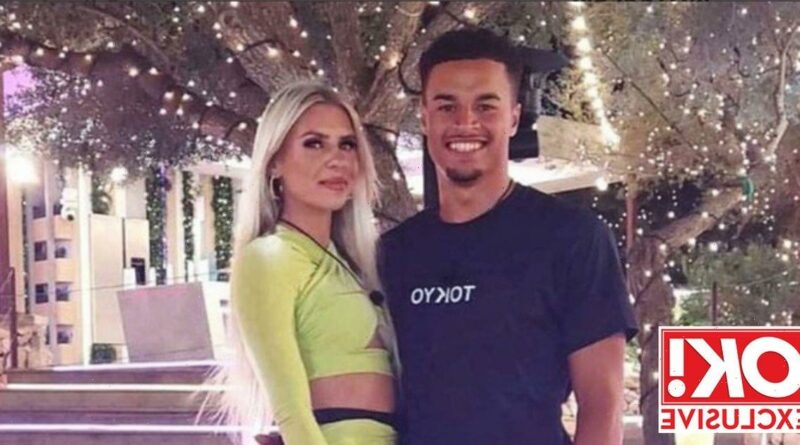 Chloe Burrows has hit back at people who thought she had split from boyfriend Toby Aromolaran earlier this month, saying it's "odd" that people think they've broken up if they're not seen together.

The 26 year old met Toby, 22, on the most recent series of Love Island, finishing in second place behind Millie Court, 24, and Liam Reardon, 22.

But fans thought the couple had called it quits when Chloe failed to attend a launch party for Toby's boohooMAN collaboration.

Now, launching her first brand partnership as JD's first ever female ambassador, Chloe has discussed the split rumours in an exclusive interview with OK!.

Opening up on their relationship, Chloe said: "Me and Tobes are good. We're looking at flats at the moment so that's fun.

"You go from one environment that's really unnatural to real life but your real life isn't normal, but I think that's where we've gotten along better because we can lean on each other through this experience.

"I can't imagine not being with Toby. I can ring him and say how people are filming me and he just understands it."

Discussing the public's investment into their romance, she continued: "It is odd, it's also hard to not reply to people asking if we've split to say that we're fine but I can't sit and reply to everyone.

"Honestly, the amount of messages I get if I'm not seen somewhere! I didn't go to his event because I was quarantining but it was in secret.

"People really are invested in the relationship and it's nice that people care but it is hard to not put a PSA out everyday to say we're still together."

Speaking about becoming JD's first ever female brand ambassador for their Future is Female campaign, Chloe said: "It doesn't feel real, it's like the coolest thing ever. It's not sunk in, the more I say it the more it doesn't sound real.

However, she does admit to feeling pressure at becoming a role model to young girls, adding: "It’s so weird to think of myself as a role model. Even when my cousin made me a Godmother of her child, I was like, 'this is so weird, this kid is going to look up to me, I need to set an example'.

"And now it's like okay, cool, now you're going to be a role model to young girls everywhere. It is mad. I'm really grateful.

"I feel like I'm quite lucky because people have watched me so much through the summer that I can just be myself.

"I don't think I have to do anything or be anything, obviously I want to be good role model, but because people have watched me really go through it over the summer, I feel like I can just do my thing and hopefully people like that."

For the latest updates on Chloe and Toby, sign up to OK!'s daily celebrity newsletter.