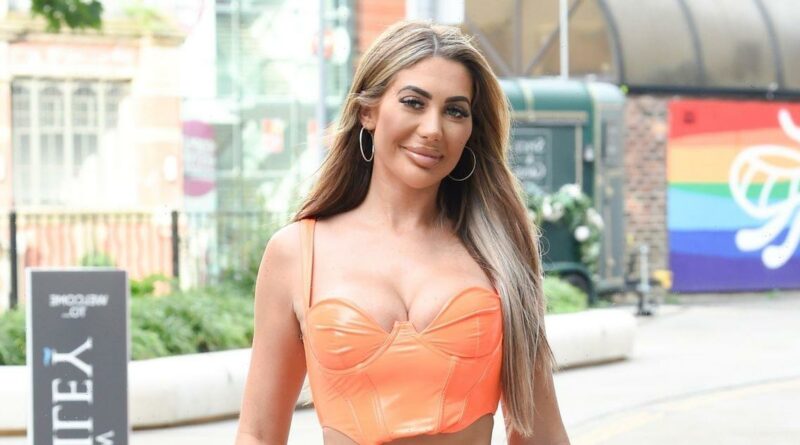 Chloe Ferry looked incredible in her orange corset top which left her washboard abs exposed as she hit the town with her pals.

Chloe was joined by Coronation Street actress Kimberly Hart-Simpson who wore a figure-hugging tiger print maxi dress and strappy heels as they dined at Menagerie Restaurant & Bar in Manchester. But it was not the barely-there top that sent pulses racing, it was her undone trousers that showcased her svelte waist and jaw-dropping famous curves that got fans talking.

The brunette captioned her bold Instagram posts by saying: "Mess with them baby mess with me."

Her followers instantly reacted and some were left feeling hot under the collar as the fan favourite TV star posed up a storm for the camera.

One commenter wrote: “These girls are on fire beautiful”, While another gushed: "What a beauty." Others were keen to find out where Chole purchased her clothing, in particular her army attire and wrote: “Stunning, where are the pants from?”

One person referred to her as "QUEEN !!!" while another added: "Obsessed with you."

Chloe is famed for her strong personality having featured on hit TV shows such as Geordie Shore, Sun, Sex and Suspicious Parents, Celebrity Big Brother and her own reality show, Chloe Ferry Is A Grown Up.

It’s not the first time the Geordie beauty has been spotted in her tiny corset, she recently stunned in snaps with her fellow Geordie Shore cast mates as they posed outside the Ibiza Rocks hotel to blow off some steam in the wake of her social media detox.

Chloe's retreat to Ibiza came after the 26 year old decided to quit social media after feeling as though she needed a break following a tough few months.

Releasing a statement on Instagram, she wrote: "I've decided to come off social media and my phone for a few days to try find my self again and to know what's real in this life! lately it's been one thing after another in my life and I feel I need a BREAK."

She then explained that she needs to take some time away for herself as she said: "Remember not everything you see on social media is real, having a detox to remember what's important in life."

"Anything from now that goes on my Instagram/Snapchat will be pre-recorded stuff/work from my agents and business partners," she added at the time.