Chris Brown is being such a devoted dad to son Aeko now that the tot is out of quarantine in Germany. Breezy held his sleeping little boy close in a new vacation photo on the beach in Mexico

Chris Brown finally has both of his children together and is loving every minute of it. The 31-year-old singer is on a beach getaway with 11-month old son Aeko, the boy’s mom Ammika Harris , and Chris’ six-year-old daughter Royalty by ex Nia Guzman. Ammika has been sharing precious seaside moments with Aeko via Instagram, as they’re all in Tulum, Mexico. On Oct. 30 an IG fan account posted a photo of Chris cradling Aeko in his arms from one of Ammika’s IG stories.

The little boy seemed sounds asleep in the photo, with his eyes closed. He had a blue pacifier in his mouth with his hands folded across his lap. As usual, Aeko looked super stylish, wearing a tan, green, brown and black camouflage print onesie with a bright red and white shark teeth pattern across the front.

Chris’ face wasn’t visible in the photo. In fact, it was just the orange sweatshirt on his chest that was shown, as Aeko has tucked into it sweetly. The sun kissed the little boy’s body, and lush sand could be seen at the edge of the snapshot. Ammika later shared an Instagram stories photo of Aeko in the same cute  outfit, sitting in a chair during a visit to downtown Tulum. She wrote, “Getting gelato, and you?” over the photo, as it appeared the mother and son were grabbing a tasty cool desert.

This is perfect family bonding time after Ammika and Aeko spent most of 2020 quarantining in Germany due to COVID-19, while Chris and Royalty were in Los Angeles. The extended family unit has since reunited in Tulum, where Chris and his loved ones are staying in seaside villas. Royalty and Aeko have been melting Chris’ fans’ hearts in photos of the siblings finally reunited and spending time together. 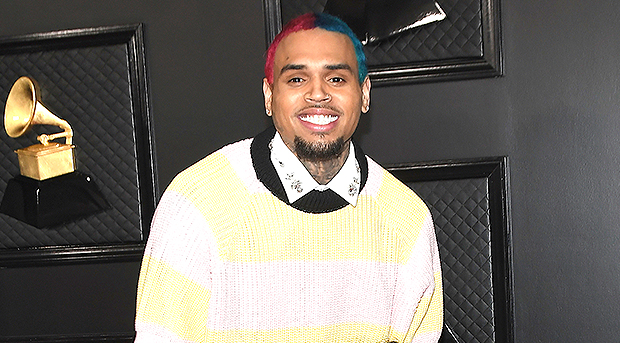 Ammika shared an adorable IG stories video of Aeko walking swiftly across the patio deck, with turquoise water and swaying palms behind him. Aeko is already moving so quickly, as he isn’t even a year old yet. He’ll hit that milestone on Nov. 20, 2020. Already the little boy looks so much like his pop star father, and we can’t wait to see what kind of birthday celebrations Chris and Ammika have in store for their son turning one year old! Though their vacation to Tulum looks pretty hard to top.