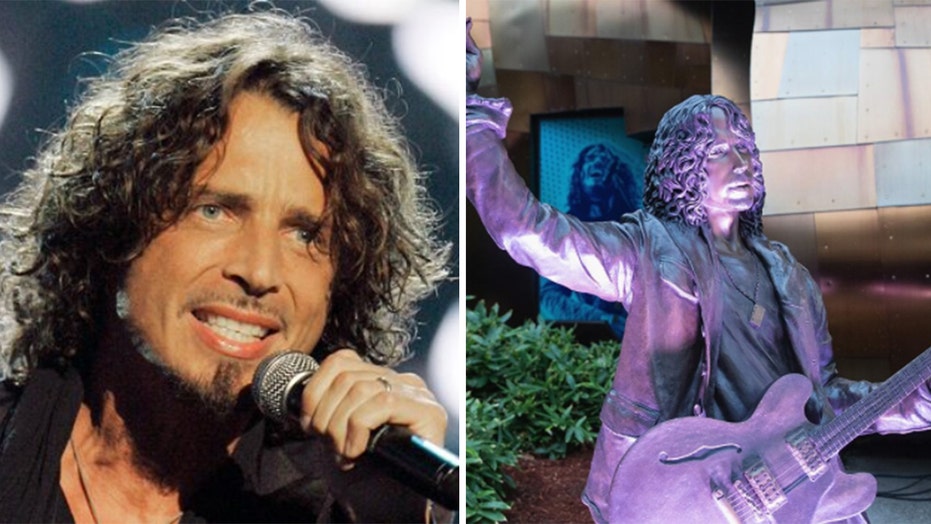 A Chris Cornell statue that stands at Seattle's Museum of Pop Culture (MoPOP) to commemorate the late Soundgarden frontman was vandalized.

MoPOP released a statement confirming that the sculpture was recently targeted. Photos making their rounds on social media show the bronze statue covered in what appears to be white paint.

“We are deeply pained by this act targeting the memory of a beloved artist in Seattle and around the world,” MoPOP said in a statement via The Seattle Times. “We have notified appropriate authorities and have cordoned off the area so that professional conservators can assess the damage and develop a plan that will restore this important piece of public art without damaging it further.”

Seattle is Cornell's hometown. His wife, Vicky Cornell, commissioned the piece and donated it to the museum as a way to honor the late artist. It portrays the singer holding a Gibson guitar with one hand in the air as he's wearing his signature boots and dog tags.

Vicky took to Instagram late Friday to share that she and the couple's kids were "heartbroken" to learn of the act of vandalism.

"The statue is not only art, but a tribute to Chris, his incomparable musical legacy and everything that he stood for. It represents Chris, who is beloved not only in Seattle, but worldwide," Vicky captioned a picture of the statue.

His widow went on to point out that the act was "not in the course of riots or protests." She claimed the destruction was carried out by a "single disturbed individual" who attempted to "besmirch Chris's legacy." 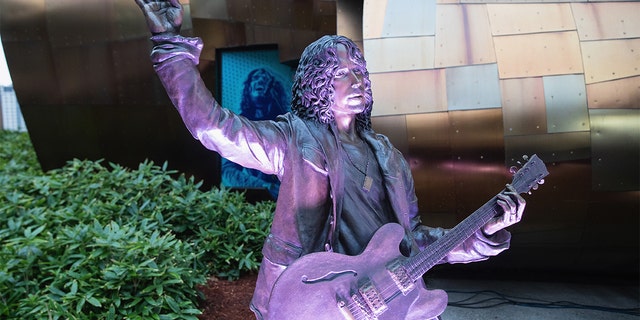 A life-sized statue of Soundgarden singer Chris Cornell donated by Vicky Cornell is unveiled to the public at MoPop on October 7, 2018 in Seattle, Washington.
(Mat Hayward/Getty Images)

She continued: "Im so grateful to the fans who stood up to support and showed such immense love- after hearing about it, they made their way there in the middle of the night with supplies and tried to clean it up."

Vicky added that she and her kids "cried" upon learning of the destruction, but the fans' act of kindness in the aftermath was a reminder that there's "much more good" out there in the world. She confirmed the statue will be restored.

"Hate will not win," she concluded in her post. "CHRIS IS SEATTLE'S SON forever…"

Cornell was the lead vocalist for the bands Soundgarden and Audioslave. He died by suicide in May 2017 at the age of 52.

A medical examiner determined Cornell killed himself by hanging in a room at the MGM Grand hotel following a concert.

The musician left behind three kids: daughter Toni, 15, and son, Christopher, 14, with Vicky, and daughter, Lillian, 20 with his ex Susan Silver.