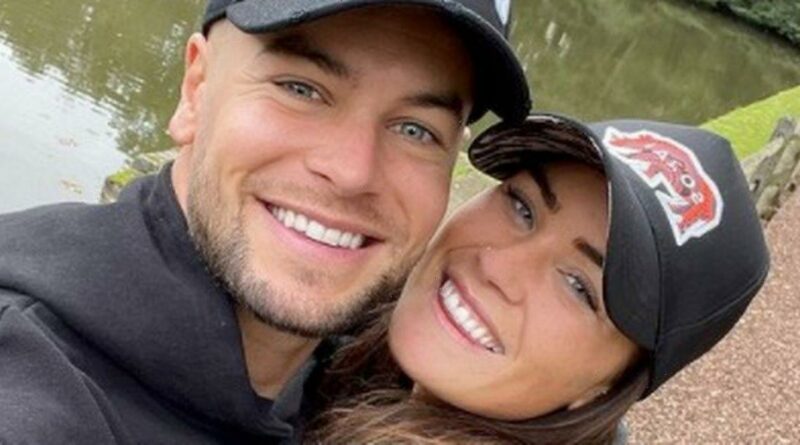 Chris Hughes has announced he and girlfriend Annabel Dimmock are planning to move in together after just two months together.

The 28 year old, who recently broke his silence on ex Jesy Nelson's new solo single Boyz, was first linked to the professional golfer back in August and they've gone from strength to strength ever since.

Now, the former Love Island star has revealed they are on the "property hunt" after realising he never spends any time at his own home.

"We’re actually kind of on a property hunt at the moment," Chris told The Sun. "We obviously have our own places but we need to come together as one."

He continued: "We basically spend every night together, so where I’ve been living is gathering dust at the moment, I’m never there because I’m always with her."

Reality star Chris, who recently enjoyed a romantic home movie night with his other half, went on to describe himself as someone who is "growing up".

"At the moment we’re on Rightmove at lot, it’s exciting because I’m growing up and looking forward to the future and that’s always important," he said.

Chris went on to explain that he lives in Hertfordshire while she's in Surrey and they're looking for a middle ground that will "suit us both" that is also close to the golf course.

"We have so much clothes and stuff, we need somewhere to move into and put our stamp on it," he added.

TV personality Chris previously spoke to OK! at the premiere of Rise of the Footsoldier, where he discussed plans for the future and said right now he wants them to "keep loving each other."

"It's effortless to love someone like Annabel. She's great. I'm quite an old-fashioned romantic and I want a fairytale. She's cool and one day we'll have a family and get married."

Annabel confirmed Chris' vision for the future saying they "100 per cent want the same," while adding she's "never met anyone like [Chris.]"

Chris told OK!: "Do you know what, she's the only person where I've had an instant connection. Within two minutes, I kid you not, I thought 'this one is special.'"

Chris and Annabel met while playing golf – a sport which they both share a passion for.

Discussing their first meeting, Chris explained: "We met on the golf course, and I was beating her at the time."

Annabel, who dazzled in a white dress, playfully interjected with: "oh my God," as Chris laughed at his joke about winning against his pro golf player girlfriend.

Stay up to date with all the latest on Chris Hughes by signing up to OK!'s daily celebrity newsletter.