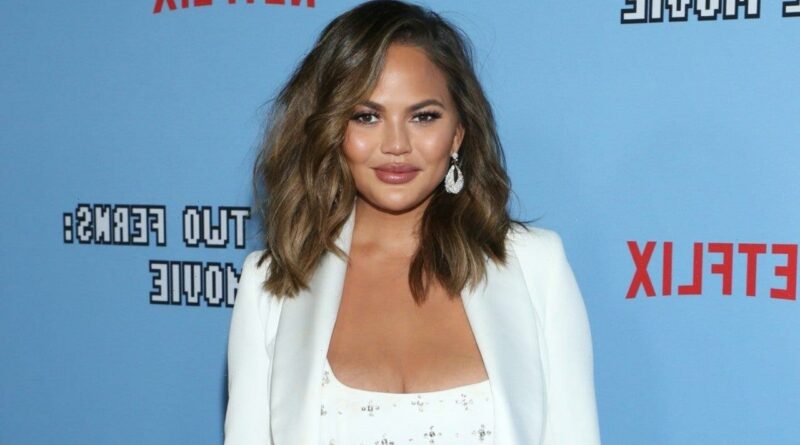 Chrissy Teigen is addressing her past behavior on social media. After several weeks of “deserved global punishment,” as she described, the entrepreneur resurfaced on the internet to issue a lengthy apology to those she had hurt.

Past tweets of Teigen’s resurfaced last month, as Courtney Stodden alleged in a Daily Beast interview that Teigen used to send them disparaging comments on social media. Teigen publicly apologized to Stodden, calling herself an “insecure, attention seeking troll,” took a break from her social platforms, and exited her role on Never Have I Everamid the controversy.

In her essay on Monday, Teigen said she’s “in the process of privately reaching out to the people I insulted.”

“I understand that they may not want to speak to me,” she wrote. “I don’t think I’d like to speak to me. (The real truth in all of this is how much I actually cannot take confrontation.) But if they do, I am here and I will listen to what they have to say, while apologizing through sobs.”

While Teigen admitted she’s “truly ashamed” by her mean-spirited tweets, she also noted there’s “no excuse.”

“My targets didn’t deserve them. No one does. Many of them needed empathy, kindness, understanding and support, not my meanness masquerading as a kind of casual, edgy humor,” she shared. “I was a troll, full stop. And I am so sorry.”

“Now, confronted with some of the things that I said, I cringe to my core. I’ll honestly get sharp, stabbing pains in my body, randomly remembering my a**hole past, and I deserve it. Words have consequences and there are real people behind the Twitter handles I went after. I wasn’t just attacking some random avatar, but hurting young women — some who were still girls — who had feelings. How could I not stop and think of that?” she asked. “Why did I think there was some invisible psycho-celebrity formula that prevents anyone with more followers from experiencing pain? How did I not realize my words were cruel? What gave me the right to say these things?”

“I’m telling you this for context, not seeking or deserving any sympathy,” Teigen continued. “There’s no justification for my behavior. I’m not a victim here. The subjects of your sympathy — and mine — should be those I put down.”

The cookbook author said she’s no longer the person who wrote those mean tweets.

“Life has made me more empathetic. I’m more understanding of what motivates trolling — the instant gratification that you get from lashing out and clapping back, throwing rocks at someone you think is invincible because they’re famous. Also, I know now how it feels to be on the receiving end of incredible vitriol,” Teigen added. “Believe me, the irony of this is not lost on me.”

The mom of two concluded her post by writing about how she’s trying to raise her children to be kind, and how she hopes they one day recognize her evolution.

“I’m going to keep working to be the best version of myself for EVERYONE. Everyone deserves better — even my detractors. And better is what you can expect from me. The world needs more kindness and love and I want to contribute to it. I’ve been on a path of self-improvement for the past decade and that path is going to continue,” she shared.

“We are all more than our worst moments,” Teigen expressed. “I won’t ask for your forgiveness, only your patience and tolerance. I ask that you allow me, as I promise to allow you, to own past mistakes and be given the opportunity to seek self improvement and change.”

See more on Teigen in the video below.