It’s over. Christian Siriano and his husband, Brad Walsh, have split after nearly two years of marriage. Walsh revealed the news via Instagram Story on Monday, June 25.

“Bit more than a month ago my husband and I separated,” Walsh wrote. “I was contacted by a writer for a website who somehow found out, so rather than let them break it, I’m telling you myself. It’s nobody’s business and I don’t want to discuss, but that’s what’s up.” 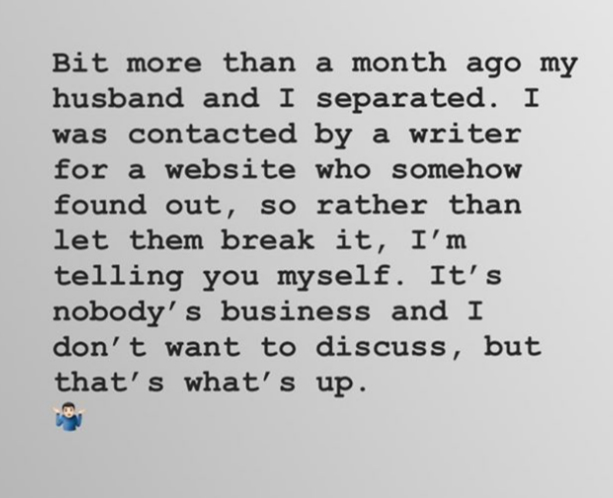 Siriano’s rep also confirmed the breakup. “They’re separated,” the rep told Us Weekly in a statement. “They were together for 11 years, love each other very much and request privacy at this time.”

Siriano last posted a photo of Walsh via Instagram in December 2017 while he promoted his appearance on The View.

The Project Runway season 4 winner and Walsh initially announced their engagement in July 2013 but called it off in January 2015. They’d go on to reconcile and tie the knot in a romantic ceremony in Danbury, Connecticut, in July 2016. Actress Kristen Johnson officiated the wedding.