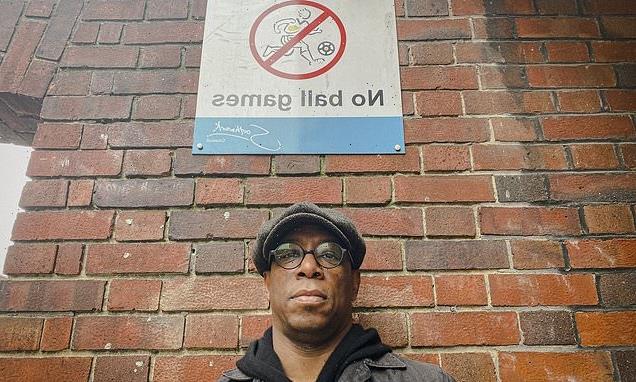 Saved By A Stranger

Wright is an articulate presenter, and his subject – the lifelong trauma that domestic abuse inflicts on children – was a crucial one.

Violence in the family is so shockingly widespread, a crime that happens every day on practically every street in Britain, that millions of viewers will already know his story from their own lives.

So it was frustrating that the programme’s structure disintegrated as soon as Wright stopped talking about himself. 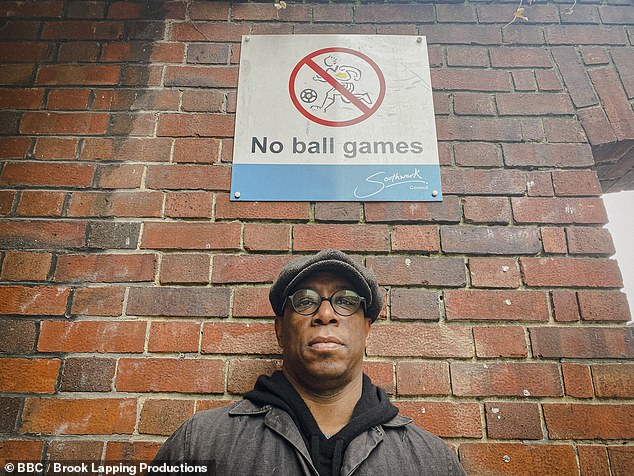 Ian Wright is an articulate presenter, and his subject – the lifelong trauma that domestic abuse inflicts on children – was a crucial one

Exploring his own feelings with his young daughters or his brother, he was engagingly vulnerable. But finding out how the same issues affected other people, he looked lost, distracted and occasionally even bored.

Wright began by returning to the tiny terraced house in Brockley, South-East London, that his family had shared with another. Ian, his mother Nesta, his brother Maurice and their violent stepfather were crammed together onto the first floor.

The footballer refused to name the man who beat his mother and made his life a constant terror.But he remembered in graphic detail the misery and fear. One particular torment for the footballer was being made to face the wall when Match Of The Day was on, so that he couldn’t look at the television.

At night, when the violence was worst, Maurice would cover his little brother’s ears in the dark, to try and shield him.

The documentary stemmed from his appearance last year on Radio 4’s Desert Island Discs, when Ian talked for the first time about the daily violence he suffered.

His mother was too frail to take part in the show. Ian was unsentimental about her: she used to tell him that she wished he’d never been born, that she had terminated the pregnancy.

Happy ending of the night:

Fans of The Dog House (C4) have been waiting weeks for tubby beagle Zoe to find a home. She’s passed over too often. But when Jacob and his mum saw her, they fell in love. ‘It’s meant to be,’ said the boy. What a relief!

All this made moving and disturbing television. If he’d gone into more depth, maintaining this autobiographical approach, the programme would have been more effective. Instead, he went off in all directions, meeting teachers, social workers, psychologists, campaigners and abuse victims. He spoke to a teenager whose parents had endless drunken rows, and a man who was learning to control his impulses to violence and intimidation.

With just a few moments for each, what started as a trenchant piece of film-making turned shallow. Ian then spent four minutes with a trauma therapist who told him to treat his own anger as a love-starved nine-year-old living within him. The programme ended with a trite monologue, delivered while driving, in which Ian vowed to forgive his abusers and ‘move forward’.

A laudable conclusion but, when he hadn’t even bothered to stop the car, it didn’t exactly feel like a momentous breakthrough.

Less melodramatic but more heartfelt were the reunions engineered by Anita Rani in Saved By A Stranger (BBC2). Belfast-born Peter, caught up in the Troubles 40 years ago, met the nurse who cared for him at a spinal injuries unit after he was shot and paralysed.

When Loyalist gunmen burst into his home and opened fire, in a case of mistaken identity, Peter was so badly wounded that he was carried out of the house in a body bag. His father, arriving at the scene, suffered a cardiac arrest at the sight and died.

In a second story, a London man diagnosed as a teenager with HIV was reunited with the counsellor who gave him courage to keep living.

Their past traumas were deftly drawn without digressions — and the show was better for it.