Art On The BBC: The Genius Of Leonardo Da Vinci

Perched on a stool at a seedy bar, a thin cheroot smouldering in one hand and an array of cheap whiskies on the optics, London’s dodgiest art dealer beckons us over.

The crooked smile, the greying hair are unmistakeable — as is the crimson flock wallpaper. It’s Arfur Daley, in his favourite haunt, the Winchester Club. What’s he doing in this documentary about Renaissance painting?

Actually, it was the Beeb’s self-appointed culture guru Alan Yentob, and he was just one of the experts summoned from the video vaults in Art On The BBC: The Genius Of Leonardo Da Vinci (BBC4). 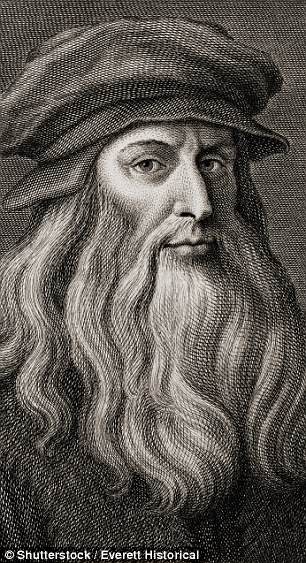 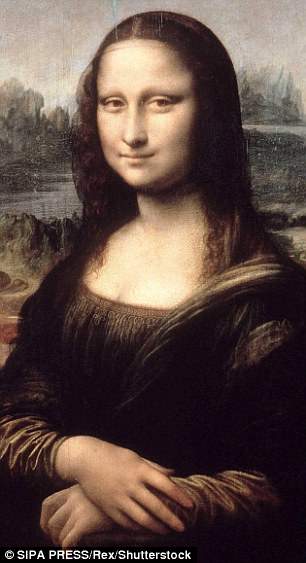 Art on the BBC pays tribute to the brilliance of Leonardo da Vinci. The lopsided smile of the Mona Lisa (right) catches Alan Yentob’s attention in the show

Why he chose a dingy cellar bar to hold forth on the secrets of the Mona Lisa, in 2003, was never made clear. Presenter Dr Janina Ramirez, the historian who collated this sheaf of TV clips, seemed unsurprised but I kept expecting Dennis Waterman to dive across the set and belt a copper.

Peel your eyes off the wallpaper and what Yentob was saying was really quite interesting — how the background of the painting was deliberately lop-sided, to emphasise the model’s sloping smile.

But the real pleasure of this low-budget programme was not in its erudition. It lay in seeing how fashions had changed in educational telly, starting in the early Sixties with a suit, a blackboard and a supercilious smile.

You might expect that Sir Kenneth Clark’s masterly Civilisation in 1969 could not be outdone for posh diction, but actor Sir John Gielgud’s lectures four years later made Lord Clark sound like a Cockney market porter.

Also in the early Seventies, art critic Robert Hughes was floating round galleries with long wavy hair and rubber lips, looking like he’d escaped from the Rolling Stones.

That’s when arts TV started to get badly out of control. The writer Wolf Mankowitz popped up to claim the Mona Lisa was a fake and a con-trick. Then Yentob — emerging after too long in that bar, perhaps — demanded that someone had to take a Leonardo flying machine for a test ride. It crashed.

Thank heavens for Fiona Bruce, who arrived at the end with excerpts of an episode of Fake Or Fortune and a newly discovered Leonardo masterpiece.

But for her, viewers might have been left with the impression that BBC arts documentaries were either self-indulgent, pompous or simply silly. 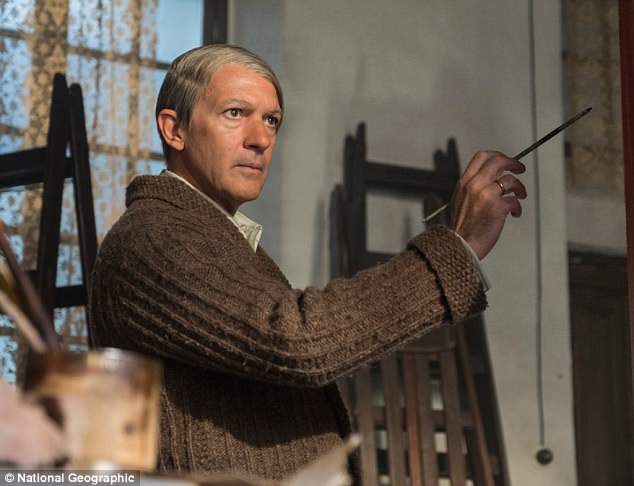 Antonio Banderas as Pablo Picasso. With his hair plastered down in a combover, he lays on slabs of emotion with a trowel in this scripted drama

They could never be so outrageously hammy as Antonio Banderas playing the title role in Genius: Picasso (National Geographic channel). With his hair plastered down in a combover, he lays on slabs of emotion with a trowel in this scripted drama. Best of all, perhaps, was the expression of outraged disapproval as a German bullet pinged over his head.

Picasso was at his window, admiring a pigeon in the middle of World War II: the near miss convinced him to drive to Paris and, disguised by a flat cap, rescue all his paintings from under Hitler’s nose. He made his escape in a Rolls-Royce. No wonder the Nazis didn’t notice.

Every line of dialogue in this steaming heap of schlock comes with explanatory footnotes. ‘Didn’t I tell you?’ announced one character: ‘Picasso is one of the most exciting young artists working in Paris today.’

Despite this, the plot gets muddled with all the mistresses, as it hops between the Forties and the turn of the century.

Still, it looks sumptuous. Each scene is set up like a painting, and the costumes are a masterpiece in their own right.

Genius it ain’t, but this is good fun.