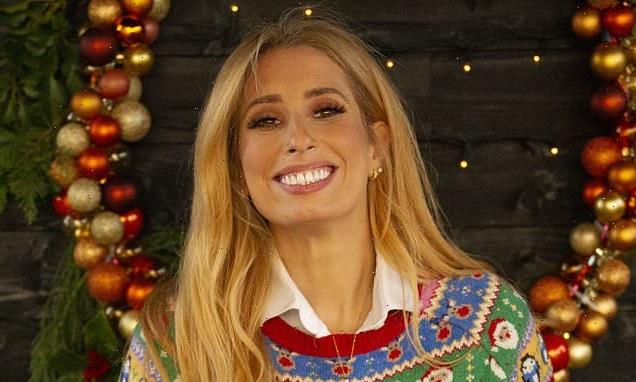 Pull one of Stacey Solomon’s homemade Christmas crackers and you’ll find a riddle inside, like this one: Who is Santa’s favourite singer?

That gag comes courtesy of her husband, EastEnders actor Joe Swash, and it tells you everything you need to know about her family’s festive celebrations.

They love all of it, and the preparations most of all. Stacey didn’t venture into the kitchen on her Crafty Christmas (BBC1), but she’s plainly the kind of woman who starts soaking the raisins for her brandy pudding on the day after August Bank Holiday. 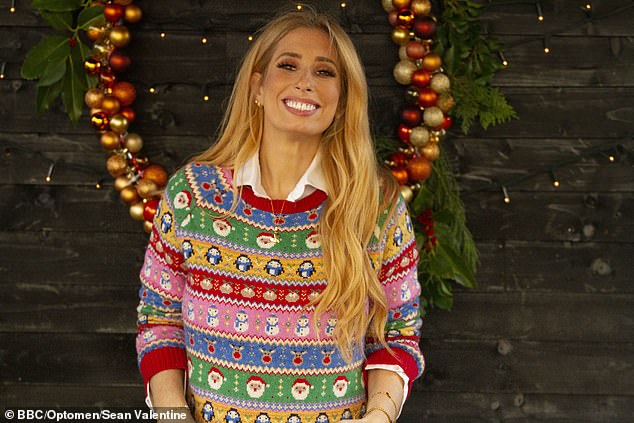 Pull one of Stacey Solomon’s homemade Christmas crackers and you’ll find a riddle inside, like this one: Who is Santa’s favourite singer? It’s… Elfish Presley!

I suspect she’d finished writing her cards by Halloween. How else does she have time for making her own giftwrap from brown paper and paint rollers, or recycling her baubles by dipping them into a gloop of nail varnish?

Her delight in everything Christmassy is gleefully childlike, and this primetime special would have been better in an afternoon slot.

Her children helped her with the glue and the glitter, especially three-year-old Rex who is hoping Santa leaves a bag of ice-cream crisps in his stocking. That sounds sticky, as well as inedible.

None of Stacey’s ideas was especially ingenious. She cut out family photos and framed them in curtain rings to hang on the tree, and bought a £17.99 heated ‘etching pen’ to burn messages and designs into bits of wood.

‘Who wouldn’t like a personalised chopping board?’ she chirruped and, when her dad unwrapped his, he made a good job of looking pleased. 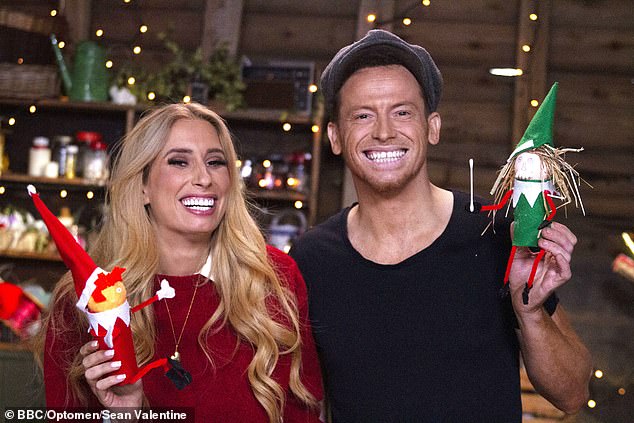 That gag comes courtesy of her husband, EastEnders actor Joe Swash, and it tells you everything you need to know about her family’s festive celebrations. They love all of it, and the preparations most of all

Dad can count himself lucky — Stacey’s sisters-in-law got bags of perfume samples, the miniature sachets and spritzers given away by sales assistants in department stores (I might have been guilty of this cheapskate trick myself… but only the once. I wasn’t daft enough to make that mistake twice.)

Other tips included a method for filling teacups with wax to make scented candles, and some advice that echoes the spirit of John Noakes on Blue Peter: ‘Never throw old loo rolls away. They are craft gold.’

Stacey was inspired to make her most touching gift after a visit to a nearby care home, where she met June and Ron, who have been married for 73 years.

Ron was snoozing which is, June said with a chuckle, the way she loves him best. She pulled out her family album, and the carers made copies of some of June’s favourite photos. Stacey framed them for a ‘memory box’, which was a truly sweet idea. I’d rather have that than a personalised chopping board.

Gordon Ramsay was rifling through his own memory box as he dug out unaired clips from his travels with co-stars Fred Sirieix and Gino D’Acampo.

The original shows were thin gruel, so inevitably Gordon, Gino And Fred: Unseen Bits (ITV) was the televisual equivalent of something the cat brought up.

Excerpts were linked by embarrassing segments from a Zoom video call, with the Italian and the Frenchman forcing themselves to laugh uproariously at Gordon’s lead-weight banter.

We saw endless outtakes from their motoring mishaps in camper vans and dune buggies.

The shots of Gino and Fred running naked around Gordon’s house and pool in LA seemed to have no other purpose than to brag about what a splendid home he has outside Hollywood.

Fred explained his wine-tasting technique, comparing it to romance: first you see her from afar, then you bring her close, then you put your nose inside her.

I hope that isn’t what he tells his diners looking for love on First Dates.

Expensive tastes of the night: Claudia Winkleman served up champagne and strawberries to the remaining players on The Traitors (BBC1), before a three-course dinner — and for dessert, a platter with gold doubloons worth £3,000. Now that’s a rich pudding.