What Makes A Murderer?

Psychopath John Massey is feeling aggrieved. The Old Bailey judge who sent him down for murder failed to recognise what a difficult childhood he had suffered.

Even more hurtful, the judge said some really mean things. He called Massey a ‘pre-meditated, cold-blooded murderer’ and accused him of stepping over his victim’s ‘cold, lifeless body’.

That was a lie, the killer insisted to sympathetic scientists on What Makes A Murderer? (C4). When he barged his way over father-of-two Charlie Higgins’s corpse in a Clapton pub in 1975, the man had been dead just a few seconds. His body could not have been cold.

The scientists, Professor Adrian Raine and Dr Vicky Thakordas-Desai — who call themselves a ‘neurocriminologist’ and a ‘forensic psychologist’ — wrung their hands. 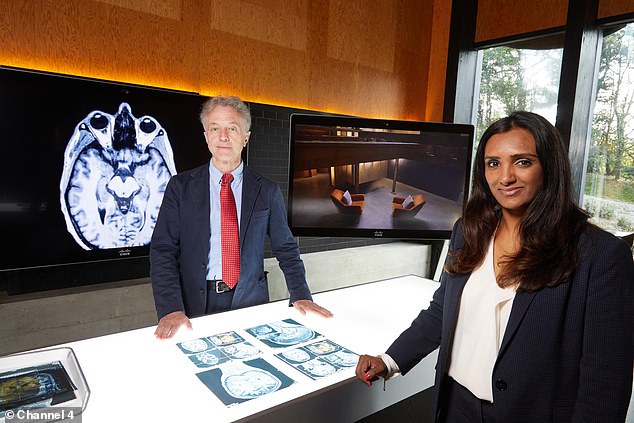 Dr Vicky took Massey back to the children’s home where his mother had dumped him, aged three, in 1951. He got weepy. ‘I resented every minute, I can’t recall any happy times,’ he said, choking up.

The psychologist laid a comforting hand on his shoulder. ‘Ah, bless you,’ she said.

Prof Adrian was convinced Massey was an innocent victim of his own genes. Brain scans showed he had a ‘shrunken amygdala’ and an ‘enlarged striatum’, areas of the brain that made him disposed to ignore risks and seek out rewards.

‘Certain biological traits can make someone more likely to kill,’ said the Prof, smugly satisfied with his findings. ‘Did they really have control over their actions?’

His work, he added, ‘questions the culpability of convicts’.

Let’s get this straight: after Massey was thrown out of that East London pub in 1975 for brawling, he came back with a sawn-off shotgun. When Charlie the bouncer opened the door, Massey shoved the gun in the man’s chest and pulled the trigger point blank.

Even today, Massey blames Higgins. The doorman looked like he was going to throw a punch. ‘For some unimaginable reason he thought he was more powerful than the gun,’ Massey says. ‘Maybe I am not the psychopath or the ogre they painted me out to be.’

Actually, Prof Adrian’s tests did indicate that Massey, a career criminal and violent bank-robber, was a textbook psychopath. But they also excused him on the grounds of his unusually sized amygdala and striatum. What the scientists didn’t think to ask was whether the brain changes were genetic or caused by a lifetime of violence, cruelty, selfishness and thuggery. Maybe — and I realise this is unfashionably judgmental — Massey is entirely to blame for all the evil he’s done.

Weird doodles of the night:

Gino D’Acampo was tracing the route of a gang of career criminals on his Italian Express (ITV) as he ventured into the northern city of Turin, backdrop for The Italian Job.

He rattled round the city in a convoy of red, white and blue Fiat 500s, and went racing on the rooftop test-track of the Lingotto building. It was daft and lightweight.

His cheeky charm makes him lovably watchable. He tells us nothing memorable about his surroundings, but all the airy, meaningless chatter is fun.

Gino’s cooking is less lightweight. He has been exploring Italy on these series for years, with his portable open-air kitchen. He’s a show-off, not a cordon bleu chef.

The cheesecake he constructed from mashed-up cookies and mascarpone with Nutella looked heavy enough to use as gelignite.

You could imagine Michael Caine’s Italian Job crew using it to blast open a bank vault. Gino, you were only supposed to knock a bloody dessert up!