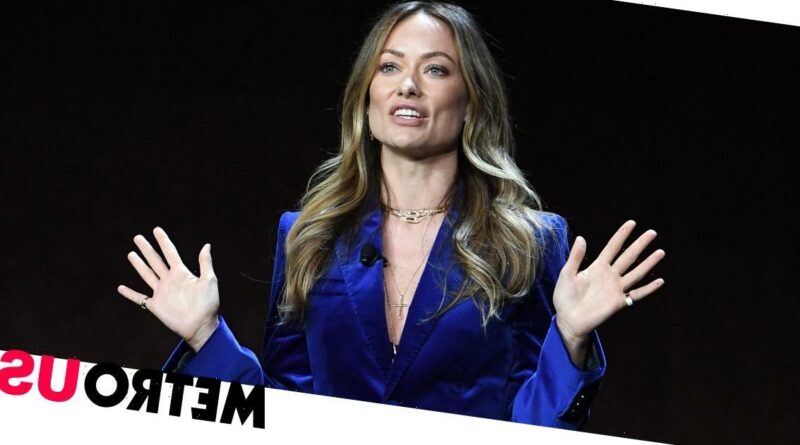 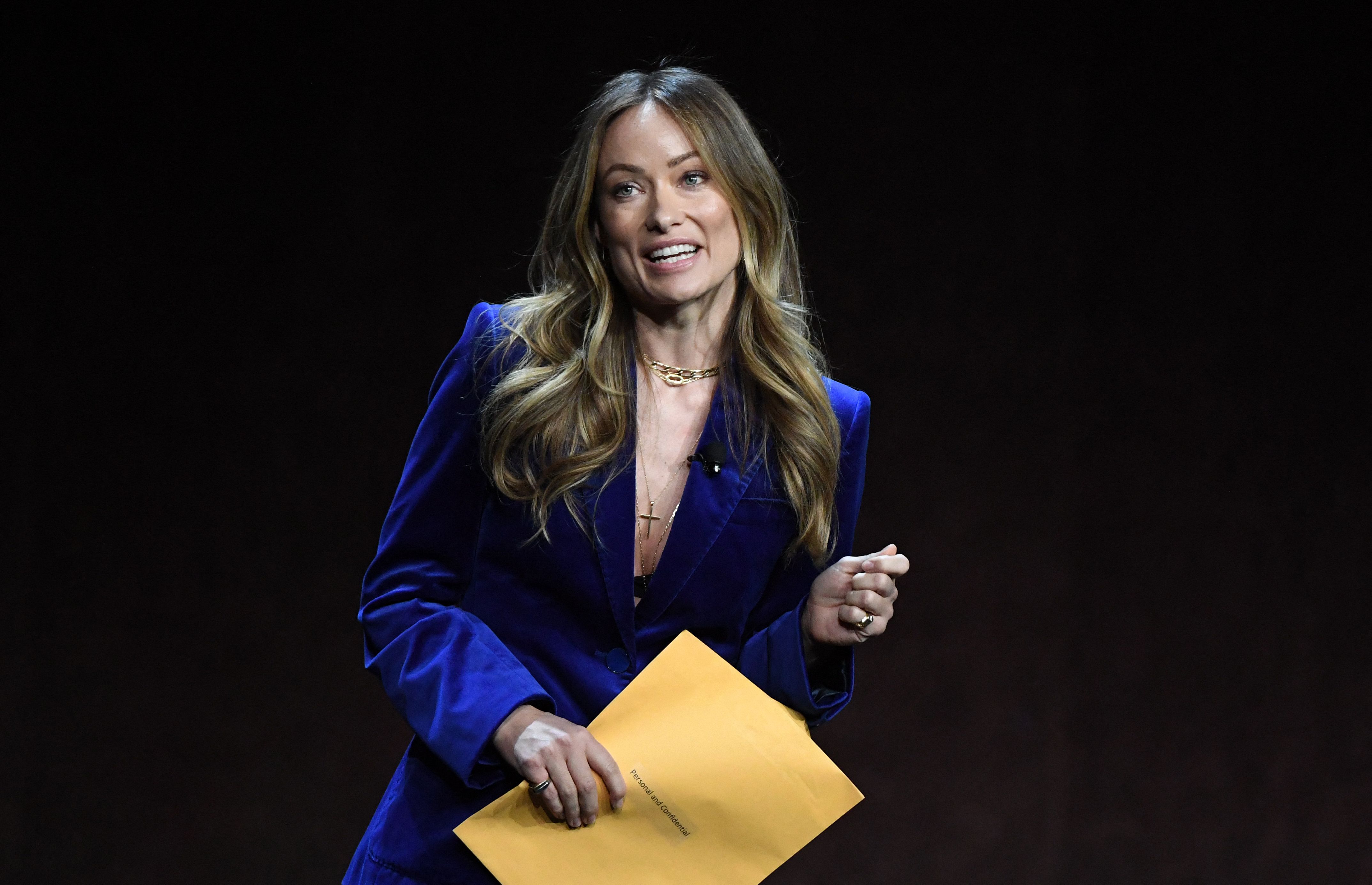 CinemaCon bosses are just as baffled as us over how Olivia Wilde was served papers while on stage.

The 38-year-old was giving a presentation on upcoming film Don’t Worry Darling at the event on Tuesday, when someone in the audience appeared on stage and slid across a brown envelope for her.

‘This is for me?’ she is believed to have asked, before opening the package and reportedly realizing that they were legal documents regarding custody of the two children she shares with ex-partner Jason Sudeikis.

While fans have been left divided over the incident, organizers for the event are trying to get to the bottom of exactly how the woman in question was able to get on stage in the first place.

Speaking in a new interview, John Fithian, the National Association of Theatre Owners president and CEO, was questioned on whether they know the woman’s identity.

‘We don’t know how this person got a registered badge to get through security to get into the auditorium. We just haven’t figured it out.’

While they are still investigating the incident, John confirmed that they had put plans into motion to make sure something similar doesn’t happen in the future.

‘It’s unfortunate. And we’ve had this show running for 30 plus years, this has never happened’ he added on the WrapUp podcast. ‘And so, we have re-evaluated our protocols, and we’ve already changed right here at the show. We’ve now got security at the front of the stage.

‘But we’ve never had an incident like this before, because this is an industry show. This isn’t Comic Con, right? These people are invited to come to the show, they register, they register the occupations, they get their delegate badges.’

Olivia and Jason started dating in 2011 and got engaged in 2013, later welcoming children Otis and Daisy together.

It wasn’t to last and they went their separate ways in 2020 – the OC actress currently dating Harry Styles, while Jason has been linked to Keeley Hazell.

Olivia was partway through a presentation on Don’t Worry Darling when she reportedly received custody papers from the Ted Lasso actor, 46, regarding their two children.

In pictures from the event, she was seen standing on stage in a blue suit, clutching the paperwork in her hands.

Similar moves are not ‘unheard of’, a legal expert has revealed, but Jason was reportedly unaware of how publicly his ex was served the documents.

‘Mr Sudeikis had no prior knowledge of the time or place that the envelope would have been delivered as this would solely be up to the process service company involved and he would never condone her being served in such an inappropriate manner,’ his reps said in a statement.

CinemaCon bosses added to Deadline: ‘We have never in the history of the convention had an incident where a delegate has approached the stage who was not authorised to be there.

‘In light of this incident, we are re-evaluating our security procedures to ensure the safety of all our attendees.’