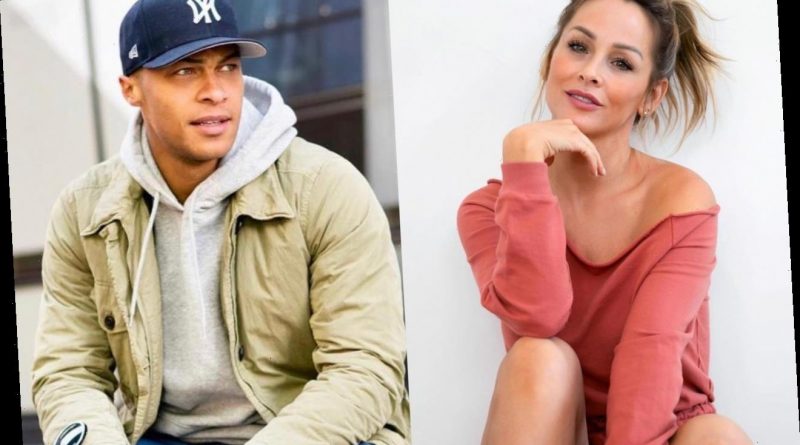 The former football player announced on Tuesday, January 19 on his Instagram page that he and his fiancee Clare, whom he met on ‘The Bachelorette’, were no longer romantically together.

AceShowbiz –Clare Crawley reportedly is trying her best to stay positive after her failed relationship with Dale Moss. According to E! News, the former “The Bachelorette” star is “trying to focus on herself right now but is completely devastated.”

The insider claimed that it was Dale who officially “broke it off” with Clare, noting that he realized that he wasn’t ready to be committed to her just like what she was asking for. “Clare and Dale were taking time apart and we’re working it out, but it led to a definite split,” the source shared.

“Dale felt that he is not ready for marriage and was not ready to move to Sacramento for Clare. They were making a lot of plans that Dale could not commit to,” the insider added. Dale, however, didn’t feel right” about the direction their relationship was going and decided to “follow his heart” which led to the split. “They are in different places in life right now,” the insider added.

Dale announced on Tuesday, January 19 on his Instagram page that he and his fiancee Clare were no longer romantically together. “I wanted to share with you all that Clare and I have decided to go our separate ways. We appreciate the love and support we’ve received from so many people, but this is the healthiest decision for both of us at this time,” he said in a statement.

The former football player went on to say, “We strongly believe in leading with love and always remaining true to oneself – something our families have taught and instilled in us throughout our lives. We only hope the best things for one another. Please respect our privacy as we work through this together.”

Clare and Dale met for the first time in her season of “The Bachelorette”. Clare was easily convinced that Dale was someone he would spend the rest of her life with, to the point she made an unprecedented move by leaving the show after only five episodes. Even though Dale appeared to be hesitant at first, he then proposed to the 39-year-old on the show.