Clint Eastwood is a legendary name in Hollywood. He remains one of the biggest western movie stars of all time. However, the world also knows him for his particularly conservative values and beliefs. Some audiences applaud him for his social and political stance, while others criticize him for it. Eastwood once explained what the “p**** generation” is and how it impacts him.

Clint Eastwood is an actor and director

Eastwood’s first acting role was an uncredited part in 1955’s Revenge of the Creature. However, he truly hit the big time by playing the Man with No Name in Sergio Leone’s Dollars Trilogy. The franchise consists of 1964’s A Fistful of Dollars, 1965’s For a Few Dollars More, and 1966’s The Good, the Bad and the Ugly. His legacy continues to live on through its impact on modern cinema.

Eastwood stepped behind the camera for the first time with 1971’s Play Misty for Me. He didn’t stop acting, but his passion certainly pushed him to continue making movies. At the time of writing, Eastwood earned four Academy Awards for films including Unforgiven and Million Dollar Baby.

Clint Eastwood said that we’re in a ‘p**** generation’

Esquire interviewed Eastwood and his son, Scott to discuss their experiences in Hollywood and their personal beliefs and ideals. The social and political climate entered the conversation, resulting in his discussion of Donald Trump and people’s level of sensitivity to specific topics.

“But he’s [Trump] onto something, because secretly everybody’s getting tired of political correctness, kissing up,” Eastwood said. “That’s the kiss-ass generation we’re in right now. We’re really in a p**** generation. Everybody’s walking on eggshells. We see people accusing people of being racist and all kinds of stuff.”

Eastwood continued: “When I grew up, those things weren’t called racist. And then when I did Gran Torino, even my associate said, ‘This is a really good script, but it’s politically incorrect.’ And I said, ‘Good. Let me read it tonight.’ The next morning, I came in and I threw it on his desk and I said, ‘We’re starting this immediately.’”

Eastwood further described the generation as one where, “Nobody wants to work.” 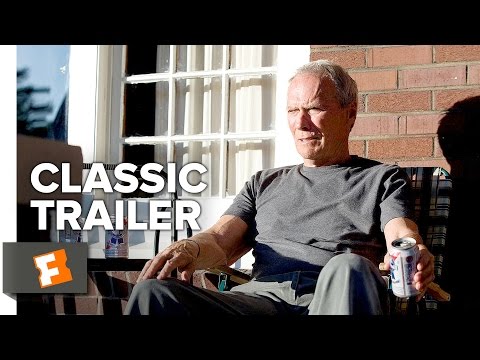 Eastwood’s conversation comments previously offended some audiences. However, his films also speak for themselves. Gran Torino star Bee Vang spoke out about the film, accusing it of “mainstreaming anti-Asian racism.” The film includes slurs against Asian people and turns them into a joke for mainstream audiences to laugh at. Vang and other critics raise the problems that arise with such casual racism.

Eastwood most recently made Cry Macho. He also starred in the lead role. He currently doesn’t have any films set for the new year, although he doesn’t show any sign of slowing down and retiring. Stay tuned for more information on Eastwood’s next project.