Off the market! Colin Jost was not too shy to let the world know that he’s taken while appearing on live television.

The comedian, 35, who has been dating Scarlett Johansson, revealed that he has a girlfriend during his “Weekend Update” segment of Saturday Night Live on Saturday, May 5. Leslie Jones stopped by to talk about Facebook’s new dating feature and went through a list of the “terrible men” she’s dated and shared why the relationships didn’t work.

At the end of the clip, she showed a photo of Jost, saying: “Colin, he was so cute and sweet and kind but it would never work because he’s gay.”

“I’m not gay!” Jost responded with a laugh. “I told you I have a girlfriend!” 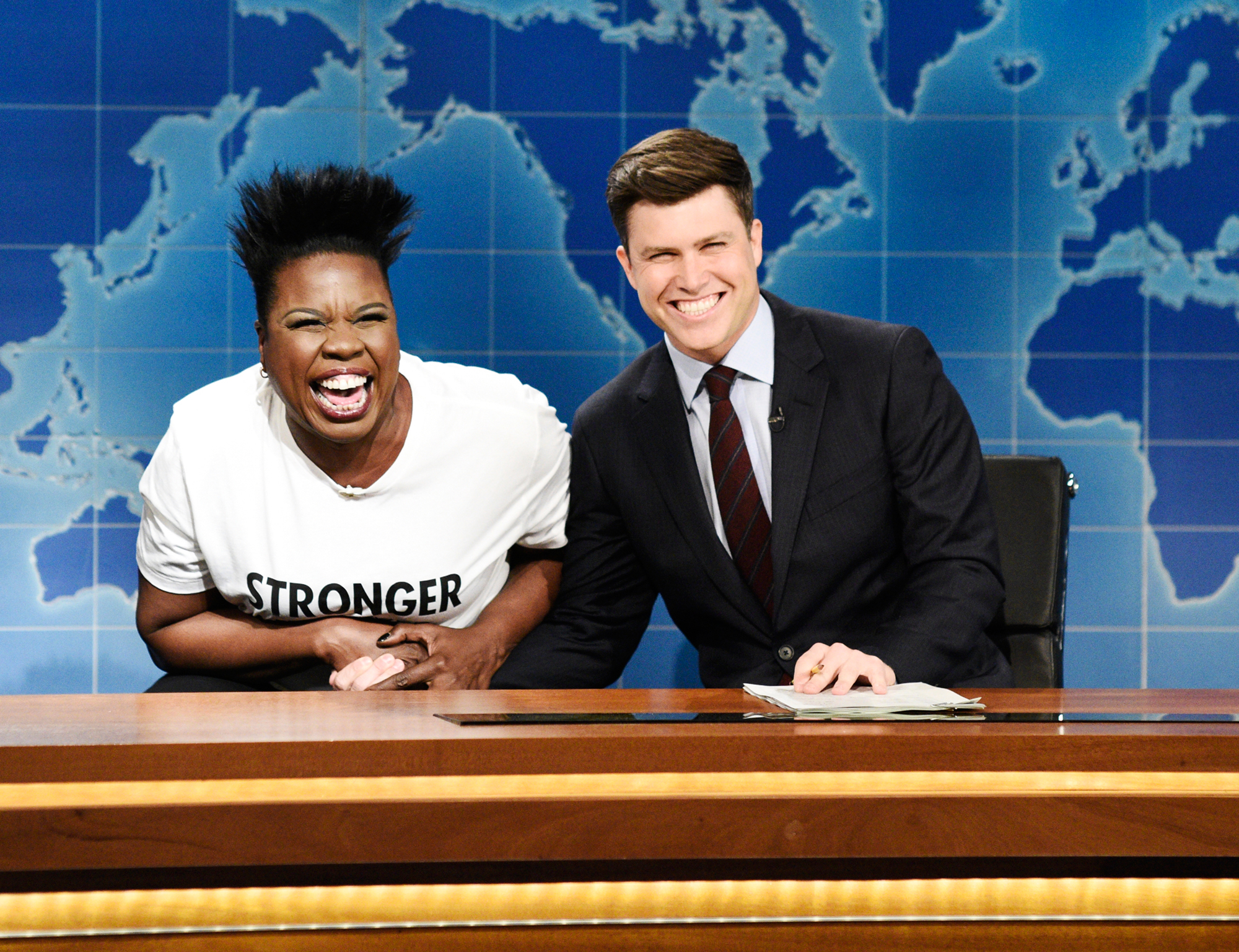 “And I have told you that I am not acknowledging that bitch! You either prove that you are not gay or I’m going to keep telling everybody that you are,” Jones responded.

Johansson, 33, also made a surprise appearance at the beginning of the show on Saturday, starring as Ivanka Trump during the cold open.

The actress and the funnyman have not openly discussed their relationship, but they made their red carpet debut as a couple at the premiere of her movie Avengers: Infinity War in L.A. on April 23. They previously made their first appearance together at the American Museum of Natural History Gala in November 2017. The pair didn’t walk the red carpet at the event but posed for photos with each other inside.

They first sparked romance rumors when they were spotted getting cozy at an SNL afterparty for the show’s season 42 finale in May 2017. The duo then spent July 4 weekend in Montauk, New York, and were spotted kissing after leaving a restaurant in NYC in November 2017.

“Scarlett and Colin looked very happy together,” an eyewitness told Us Weekly at the time. “He was very protective over her as they were leaving. He tried blocking her from the photographers and the rain at the same time as they left.”

Last year an insider told Us that Jost “wants to marry” the Ghost in the Shell actress. “He loves to take her out and show her off,” the source said. “He’s head over heels.”

As previously reported, Johansson filed for divorce from ex-husband Romain Dauriac in March 2017. The actress and Dauriac share daughter Rose, 2. Prior to that relationship, she was married to Ryan Reynolds from 2008 to 2011.