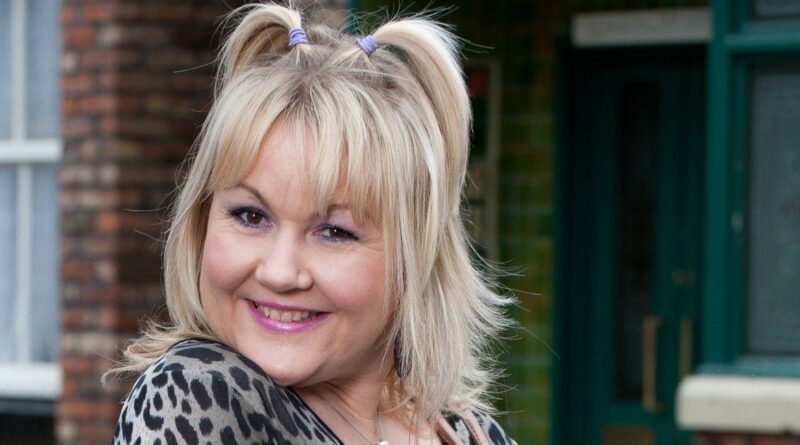 Coronation Street actress Lisa George looked worlds away from her character as she enjoyed a glamorous night out in Manchester.

The star, who plays Beth Tinker in the ITV soap, donned a long black sequin dress for the evening, a far cry from her character Beth’s usual attire.

Lisa’s blonde locks had also been curled and she wore red lipstick.

Beth can usually be seen sporting plenty of leopard print and short dresses.

The 49 year old posed for the pictures at Denise Welch’s Enchanted Wonderland-themed annual charity ball at The Kimpton Clock Tower in Manchester.

The event, which was Denise’s 21st, was in honour of The Gem Appeal, which funds research into genetic disorders.

Many of Lisa’s fellow Corrie co-stars were also in attendance, including Jane Danson and Sally Dynevor.

Lisa has appeared on the cobbles as Underworld machinist Beth since 2011.

Back in 2020 she took to the ice for Dancing On Ice with former pro Dr Tom Naylor, finishing in fifth place, while earlier this year she signed up to ITV’s All Star Musicals.

The musical show was won by former EastEnders actress and I’m A Celebrity winner Jacqueline Jossa.

Two years ago Lisa revealed that she is “half-blind” in her one eye after suffering a mini stroke in 2016.

Lisa haemorrhaged behind her optic nerve in her right eye, which has impacted her vision.

“I haemorrhaged behind my optic nerve four years ago and I'm half-blind in my right eye, they said it was like a stroke but also I got hit in the eye with a bit of rope,” she told The Sun.

"They think I'd had some mini-stroke but a specialist said it has to be the rope, I still don't know. I lost my peripheral."

The soap star also revealed that her eye doctor in Blackpool happens to be the father of her Dancing On Ice partner Tom.

She continued: “He was like, my dad's bald. What is the likelihood of that – I'd seen his dad three years before we even met.”

Lisa's series was won by actor and presenter Joe Swash, who beat Diversity dancer and Kiss FM presenter Perri Kiely to the trophy.