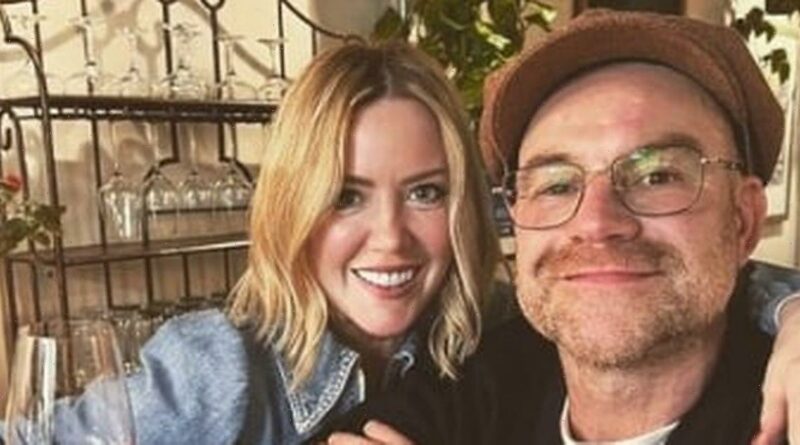 Coronation Street’s real-life couple Sally Carman and Joe Duttine looked as cute as ever as they shared a snap from date night on Instagram.

Sally, who plays Abi Franklin on the soap, tied the knot earlier this year with Joe, known as Tim Metcalfe on the ITV staple.

They are not married or in a relationship on the soap.

The two looked happier than ever as they enjoyed food and drinks at the French-inspired Bistro Stretford Canteen in Manchester.

Sally, 41, was clad in a denim dress, while her husband wore a simple navy and white combo.

In a later snap, Sally covered up with a Khaki bomber jacket outside as she cosied up to Joe, 52, who was in a chunky leather jacket.

Sally shared the photos with her 145k followers on Instagram, where she wrote: "Oh @stretfordcanteen what a joy you are! Understated excellence throughout.

"A menu that excites and food that delivers.

"An absolute gem! If you enjoy food then book yourselves a table. Seriously, this place is special."

Many fans flooded the comments with gushing messages, with actress and singer Hayley Tamaddon writing: “I love it in there!”

"Hands down our favourite place to eat in Manchester. b*oody love that place.”

A friend also wrote: "Sorry we missed you, we were there the night before. Shucks, I guess we’ll just HAVE to go again!!!!!"

"I guess so! We actually already arranged us doing just that with Dean last night so I’m glad you’re up for it," Sally replied.

Sally and Joe first began dating back in 2018 before getting engaged during the Covid-19 lockdown in 2020.

Initially, the couple intended to marry at Christmas in 2021, as Sally explained: "I’m obsessed with Christmas, so when Joe said: ‘What’s your favourite time, when would you most like to do it?’ it had to be Christmas.

"We’re going to have the wedding late afternoon so it will be dark and it will be lit by rows of Christmas trees and twinkly lights; I can’t wait."

After numerous plan changes due to restrictions and Covid-chaos, they married in July of this year.

They later honeymooned in Italy, visiting various sites across the country and dubbing it "the gift that keeps on giving.”