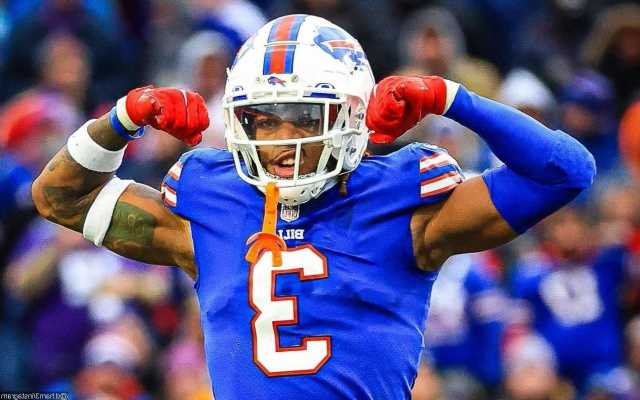 According to the Buffalo Bills, the professional football player ‘has shown remarkable improvement over the past 24 hour’ as he’s being treated at the University of Cincinnati Medical Center.

The team broke the news via Instagram on Thursday, January 5. “Per the physicians caring for Damar Hamlin at the University of Cincinnati Medical Center, Damar has shown remarkable improvement over the past 24 hours,” so read the statement.

“While still critically ill, he has demonstrated that he appears to be neurologically intact. His lungs continue to heal and he is making steady progress,” it added. “We are grateful for the love and support we have received.”

Hamlin collapsed in the first quarter of the Monday night game between the Buffalo Bills and the Cincinnati Bengals. After tackling Tee Higgins, he got up from the ground and took a few steps back, but he suddenly fell down onto the Paycor Stadium turf.

The 24-year-old received PCR on the field for several minutes before being taken off the field in an ambulance. In an update, the Bills said in a statement early Tuesday, “Damar Hamlin suffered a cardiac arrest following a hit in our game versus the Bengals. His heartbeat was restored on the field and he was transferred to the UC Medical Center for further testing and treatment. He is currently sedated and listed in critical condition.”

The game between the Bills and the Bengals was immediately postponed until further notice. The NFL has announced that the game will not be resumed this week and the league “has made no decision regarding the resumption of the game at a later date.”