Home » Celebrities » Dan Walker: ‘Might send me over the edge’ BBC Breakfast host in emotional revelation

Dan Walker, 42, took to Twitter and thanked the social media user as he admitted their message may “send him over the edge”. It comes after the BBC Breakfast favourite had many viewers in tears with a heartwarming segment.

The TV anchor surprised an elderly man named Terrence, who had spent many Christmas Days alone, with a Christmas tree.

He teamed up with up with students from Oldham College to bring him a decorated tree and sing his favourite carol, Silent Night.

Following the heartfelt segment, the social media user responded to a tweet posted by Dan, which read: “The response to our #bbcbreakfast film with Terrence has been INCREDIBLE. So many people have said they want to help the estimated 200,000 older people who are alone on Christmas Day.”(sic)

The person in question said: “@mrdanwalker has a really special way about him when it comes to presenting moving features like this.” 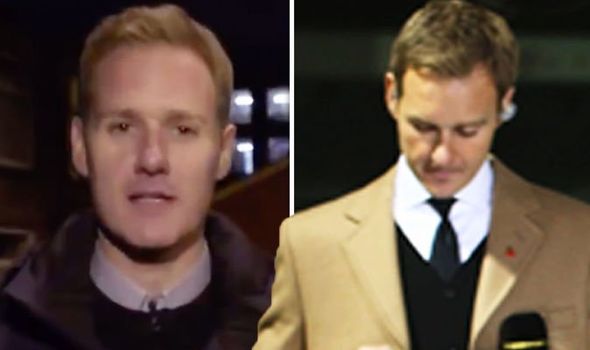 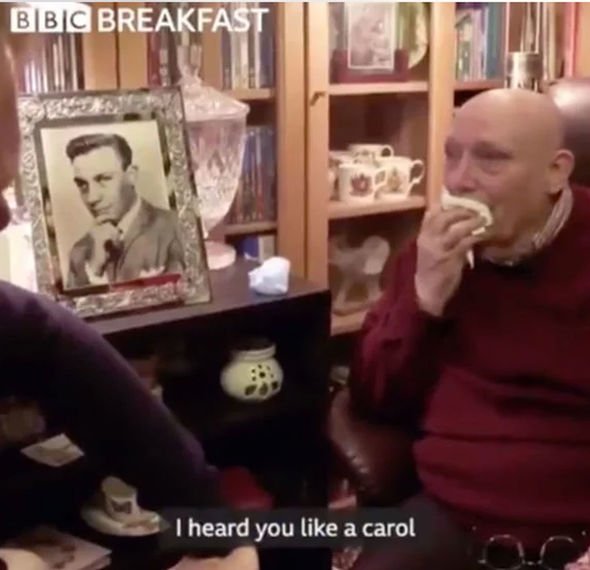 In view of his 602,000 followers, Dan replied: “What a lovely thing to say Claire. It’s been an emotional day. This might send me over the edge.”

In a previous tweet, the BBC Breakfast host shared a clip of the moment he surprised Terrence.

He wrote: “If you can’t make it to a TV today, this is what happened when we surprised Terrence – who came on #bbcbreakfast yesterday to talk about loneliness – with a visit from the students at @OldhamCollege. 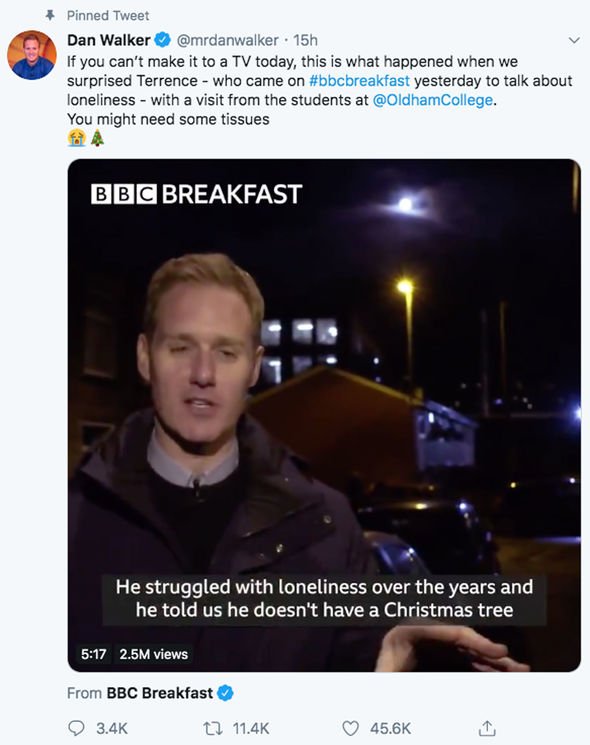 Another person commented: “That was so lovely well done Dan.”

While a third person added: “Beautiful. If this doesn’t move you, nothing will.”

The most surprising to the moving moment came from Dan’s Good Morning Britain rival Piers Morgan.

After watching the clip, Piers, who frequently spars with Dan on the micro-blogging site, admitted the video “brought a tear to his eye”.

He replied in view of his own seven million followers: “Damn it Walker… you got me. This brought a tear to my eye.”

Dan seemed shocked by Piers’ revelation, as he credited Terrence for “bringing them together” in spite of their bickering over ratings.

The BBC Breakfast favourite wrote back: “You’re human after all. Terrence has brought us together.”

He then quipped: “I’m off to hide in a fridge. Merry Christmas Piers.”

Fans took to the comments section to share their thoughts about the surprising exchange between Dan and Piers.

One Twitter user wrote: “Dan Walker… you’re my new hero! You even made Piers cry…”

Another joked: “@piersmorgan @mrdanwalker Lads, get a room. Together. Have a nice cold beer and acknowledge you can be nice to each other… If that don’t work, have another drink. And repeat.”(sic)

BBC Breakfast airs weekdays on BBC One 6.30am.