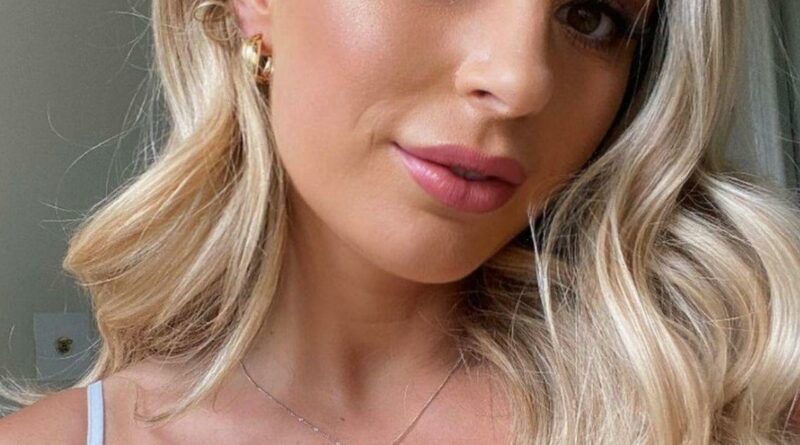 The 25 year old confirmed the news after what has been a turbulent few months since ex Sammy Kimmence – father to her baby son Santiago – was sent to prison for fraud.

“Everything is so early days. Jarrod is a lovely guy and we’re enjoying getting to know each other,” Dani told The Sun.

Get exclusive celebrity stories and fabulous photo shoots straight to your inbox with OK!'s daily newsletter. You can sign up at the top of the page.

“But Santi will always be my main priority, he will always come first. I am concentrating on being a mum and, beyond that, whatever happens, happens.”

Dani appeared jovial speaking to The Sun, despite what’s she’s been through this past year – no doubt thanks to her baby boy and budding new romance with Jarrod.

The pair started out as friends and their relationship eventually blossomed after Dani split from Sammy after his sentencing. It looks to be going on the right track too, as Dani mentioned that her dad approves.

“My dad thinks Jarrod’s a lovely guy,” she said.

“He’s invested in all of the West Ham players – because he supports the team and follows some of them, he’s like: ‘They’re all my friends.’ I’m like: ‘Right, OK, Dad.’

“But he’s always been such a big football fan. As soon as Santi was born, the West Ham babygrows were coming in from Grandad.”

After welcoming son Santiago in January, Dani became a single parent when stockbroker Sammy was sent to jail for three and a half years after scamming two pensioners out of thousands of pounds.

“I’d be lying if I said it wouldn’t be nice to have a dad there, just to have someone to talk to at the end of the day,” she said.

“If a child does anything new, the first person you go to speak to is his dad. But I’m not the only single mum out there – there are hundreds, millions of us, all doing it together.”

Rumours of Dani dating Jarrod first sparked last month, which left ex Sammy so “jealous” in prison that he reportedly organised someone to spy on Dani, leaving her feeling “afraid and violated.”

The reality star confessed that the past few months have been difficult as she’s struggled to come to terms with her situation raising Santiago solo and separating herself from his dad.

“At times I’ve been an emotional wreck,” Dani said.

“But I’ve definitely grown up a lot since I became a mum. I feel different because I want to be more headstrong and do the right thing for my baby.”

Positively, her ordeals with Sammy led her to realising she has a special connection with Jarrod and Dani now feels much more better about herself and her future.

“I wish I could go back to the first few weeks and tell myself: ‘Dani, it’ll be fine,’” she said.

“Because all of those rushing emotions and hormones… no one can prepare you for them.

“But the biggest change I’ve been through since having Santi is that I feel like I know my worth more now, and I know what I want from life.

“I want to do things that make me happy. I’ve learned that. And things are going really well.”