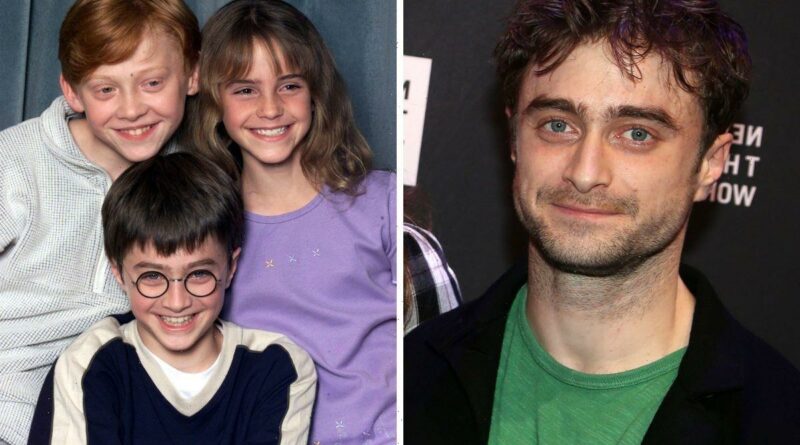 The star, 33, first found fame in the movie adaptation of JK Rowling’s best-selling novel Harry Potter and the Philosopher’s Stone. Since his first outing as the young bespectacled wizard more than 20 years ago, Daniel has seemingly amassed a personal fortune of over £90 million.

The staggering amount comes from shrewd business moves, property investments, and the company he uses to channel his on-screen earnings.

Accounts filed last week disclosed that the company made an annual profit of £2.2 million from accumulated earnings.

Since his debut as a young Harry Potter Daniel has continued to have a successful career transitioning from child star to adult actor.

The transition has not necessarily been a smooth one.

Daniel recently revealed that he often gets trolled by Harry Potter fans who think his performance in the franchise was “s**t”.

The star revealed he has a novel way of dealing with the hurtful comments.

Speaking to GQ Magazine last October, he said that fans feel that they will be closer to him if they give their brutally honest opinion of his performance in the films.

He also went on to discuss what life was like when he was propelled headfirst into a world of superstardom and admitted that it took a lot of getting used to.

The Imperium star said he didn’t fully understand how the film would change his life.

Stephen Fry looks back on psychiatrist visits as a teenager

The star also recently revealed that he is not a fan of social media and refrains from using any of the platforms available.

One of the biggest reasons why is that Daniel does not want to get into any verbal altercations with any of the fans that he suspects would follow him.

Speaking to First We Feast the actor said: “I 100 percent know that if I did, you all would be waking up to stories of like, ‘Dan Radcliffe gets into a fight with a random person on Twitter’.”

However, there has been an exemption to the rule, Daniel who currently took on the role of Weird Al Yankovic I’m the autobiographical parody film Weird: The Al Yankovic Story.

Once the promotion of the film was over, the star went back to his self-inflicted ban.

Fans however were conflicted by his decision to abstain from social media sites. One fan wrote: “I think it’s really brave of Daniel to not worry about what other people think.

“He’s been in the public eye for so long and it must be tough to constantly deal with negativity on social media.”

While another posted: “I get why he wouldn’t want to deal with the drama, but at the same time, it’s sad that we won’t be able to see what he’s up to on Instagram.”