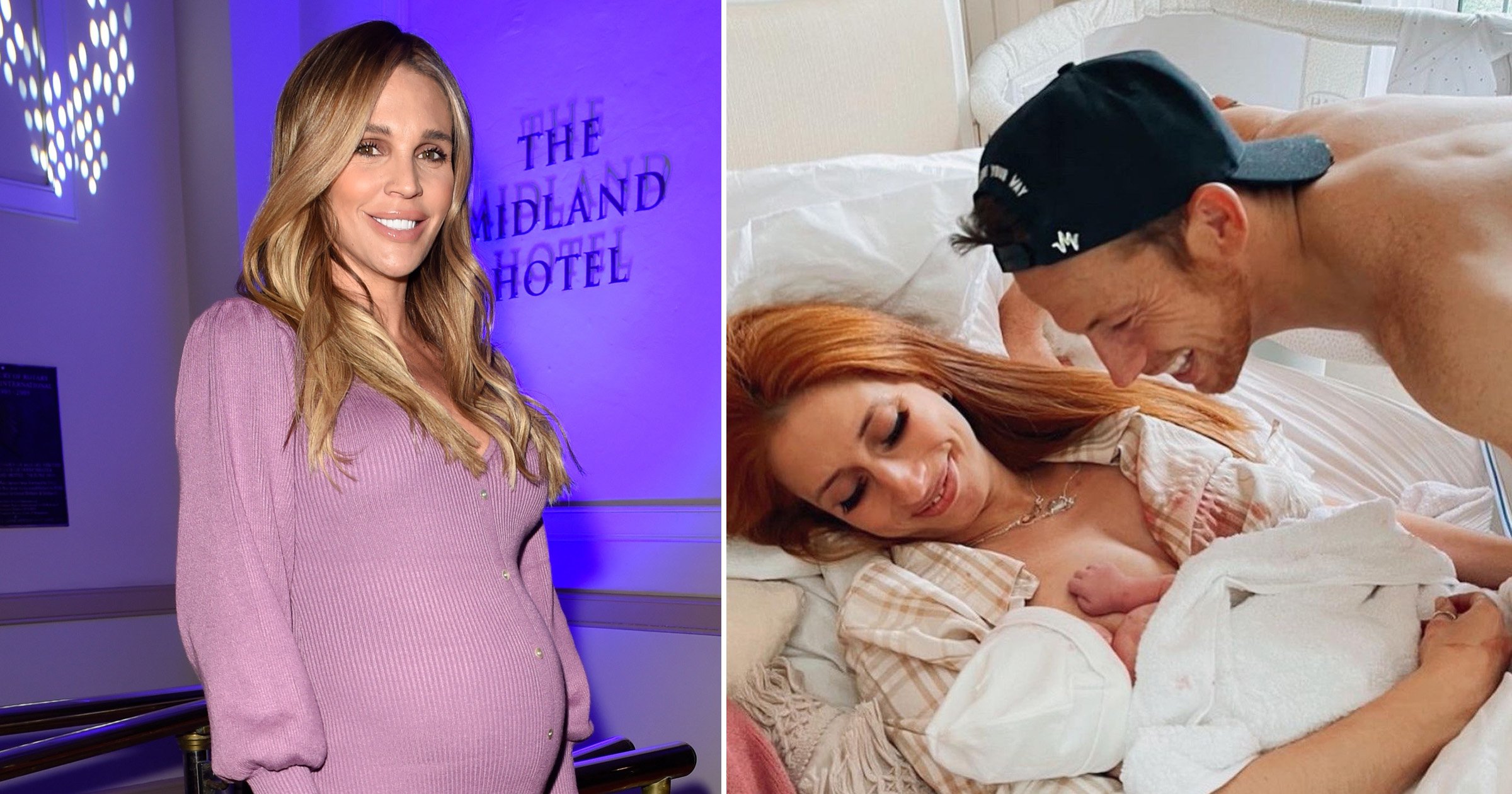 The former Celebrity Big Brother star is currently pregnant with her fifth child, a baby girl, and is growing ever closer to her due date.

It seems Danielle, 37, had already settled on a name for her first daughter but Loose Women star Stacey beat her to it.

Earlier this week, Stacey revealed she and fiance Joe Swash have decided to name their first girl Rose, with her full name being Rose Opal Esme Solomon-Swash.

Reacting to the news, Danielle told OK! Magazine: ‘Sadly, Stacey Solomon chose Rose, which was one of our favourites! We’re gutted, haha!’

‘It is a really cute name, though.’

All is not lost, however, as Danielle and husband Michael O’Neill are still planning on including Rose in their baby girl’s name.

‘It was a really meaningful name to Michael as well, but we will still have Rose somewhere in her name,’ she revealed.

The couple announced Danielle’s pregnancy in May with the model writing on social media: ‘So excited to finally announce Baby no5 is on its way 🤰🏻💙💖 we are all so happy.’

Danielle stated she loved her ‘crazy’ boys but was hoping that baby number five would be a girl, having previously considered gender selection to make her dreams come true.

Luckily for the star, she later found out she was indeed expecting a daughter.

‘Michael is really hoping for a girl and the boys are desperate too – they’re convinced it’s a little sister. If it is, that little girl is going to have an army of protective big brothers throughout her life!’ she told Closer at the time.

‘I can’t wait to become a family of seven. I know there’s a risk it’ll be another boy though – having five boys would be totally mad! But, of course, the main thing I want is for the baby to be healthy. And if it’s not a girl – we’ll just try again after!’ she added.