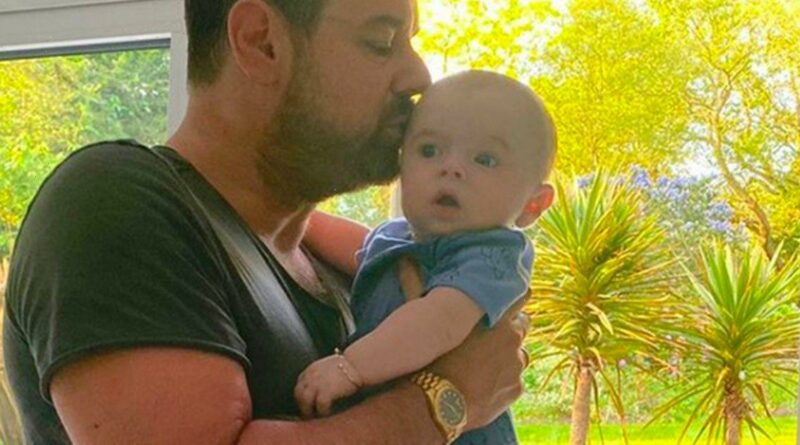 Eastenders actor Danny Dyer has opened up on how life has changed for him since becoming a grandfather in January.

The 44-year-old revealed he was a "crank for many, many years," before grandson Santiago, whose mum is Danny's daughter Dani, arrived.

"I'm always going to have that crankiness but I can contain it now," he told listeners of the dad/ daughter duo's podcast Sorted With the Dyers.

"I suppose you change, you have different wants and needs.

"You just want to go out and be crazy and do mad things, f**k the world, f**k the system, keep pushing that f**king button, and then you stop that.

"That comes with becoming a grandfather, that's down to you.

As well as Dani, Danny is father to daughter Sunnie, 14, and eight-year-old son Arty, with wife Joanne Mas. While Dani shares Santiago with former partner and stockbroker Sammy Kimmence.

The new parents separated this summer when Sammy was sent to prison in July for 42 months after he pleaded guilty to five counts of fraud.

Following her heartbreak, Dani has since started a new romance with West Ham ace Jarrod Bowen, and admitted her beau already has her dad's seal of approval.

Speaking to The Sun, she revealed Danny, who plays Mick Carter in the BBC soap, thinks the footballer is a "lovely guy" and sees all the West Ham players as "friends."

Confirming her relationship with Jarrod, she added: "Everything is so early days. Jarrod is a lovely guy and we’re enjoying getting to know each other.

“But Santi will always be my main priority, he will always come first. I am concentrating on being a mum and, beyond that, whatever happens, happens."

To read more about the Dyers, sign up to our daily OK! newsletter.