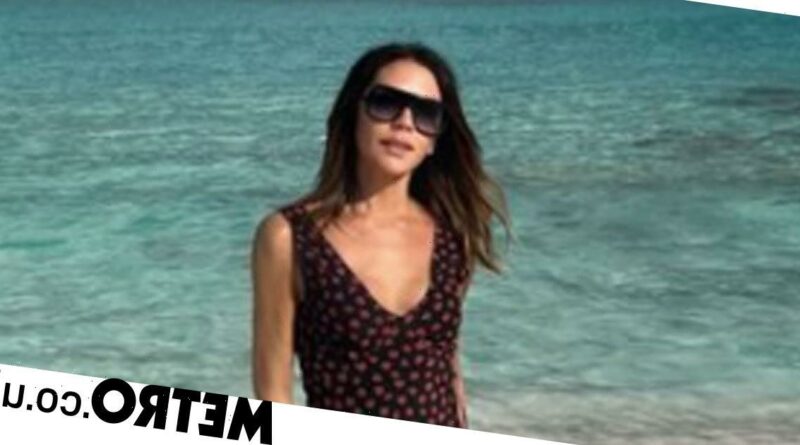 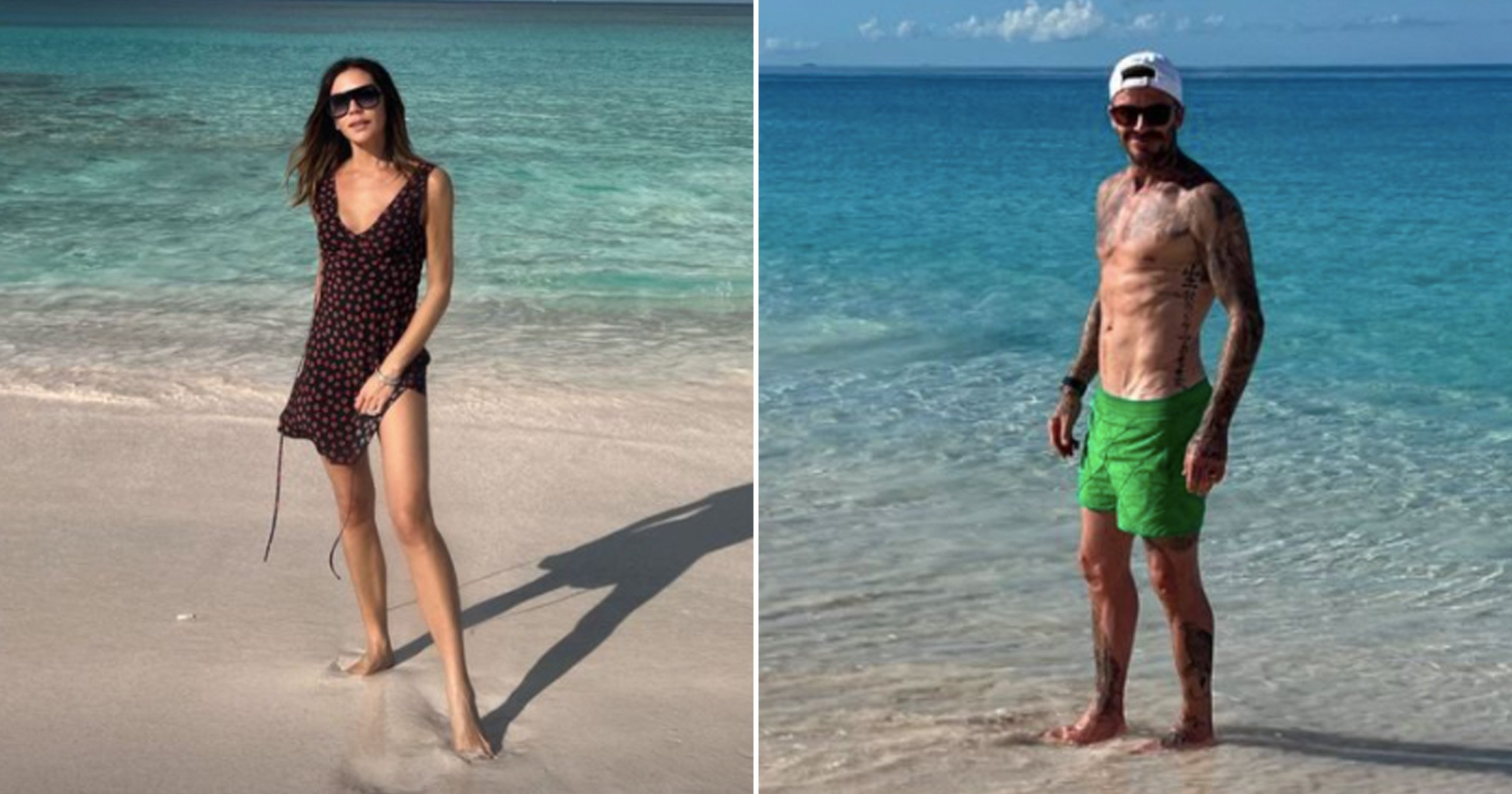 David and Victoria Beckham still have their out of office on as the couple are spending the first few days of the new year on an exotic holiday.

The married couple found a way to beat the back to work blues by jetting off on a family holiday to an unknown sunny destination.

In the latest snaps from the getaway, Victoria, 47, is seen basking in the sunshine with the crystal blue ocean behind her while wearing a pretty floral minidress, as David, 46, made sure to top up his tan going shirtless in a pair of green swim shorts.

With his ripped body on display, the retired footballer looked pleased as punch as he smiled at the photographer.

The pair’s son Romeo, 19, was also spotted on the beach while their daughter Harper, 10, was pictured striking a fierce pose in a pair of shades.

‘I don’t know where she gets it from?!,’ Victoria joked with the youngster clearly taking after her fashionista mum.

No doubt the Beckham clan were keen to soak up the sun, sea and relaxation before what is shaping up to be a very busy year ahead.

Romeo has just signed a seven-figure deal with sportswear brand Puma – to the tune of £1.2million – making him richer than any of his siblings, including Brooklyn, 22, and Cruz, 17. It’s said the teen will become the global face of the brand propelling him to superstardom.

Prior to that, it was reported that Romeo had signed to USL League One side Fort Lauderdale – the reserve team of MLS side Inter Miami which is owned by David.

Meanwhile, David could be adding the biggest accolade to his bow this summer with speculation rife that he is in line for a knighthood from the Queen.

However, there could be crunch talks for Victoria’s fashion and beauty empire after it made a loss of £8m in one year. Directors have advised the star to pump more money into the company to keep it afloat, but reps for the designer highlighted that the brand’s loss margin had narrowed compared to the previous year.