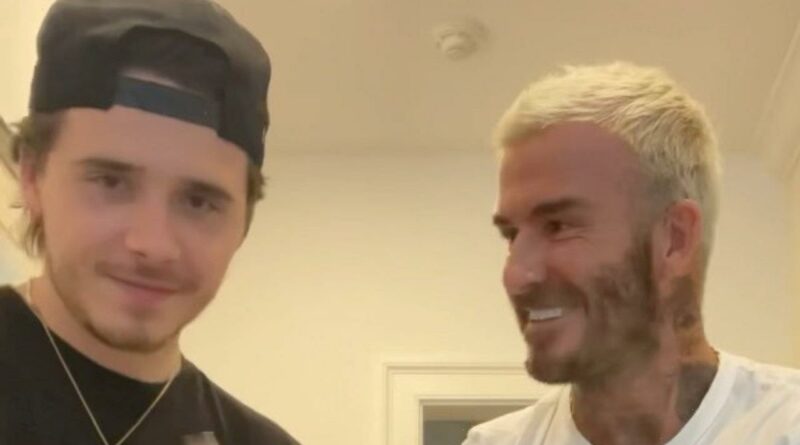 The retired soccer player teams up with his oldest son Brooklyn Beckham in the kitchen to show off their culinary skills as they are cooking a mushroom risotto.

AceShowbiz –Brooklyn Beckham got some help from his father David Beckham in his latest cooking video.

The aspiring photographer roped in his soccer star dad David to help him cook a mushroom risotto for a new Instagram clip.

The video shows the pair working together in the kitchen as they take it in turn to add ingredients and stir the risotto.

David also posted the video to his own Instagram page and captioned it, “Nothing better than cooking with my boy.”

Meanwhile, it was recently reported that Brooklyn is hoping to launch his own cooking show on YouTube or Facebook, and he has signed a deal with digital talent expert Kai Gayoso to help with his ambition.

A source told The Sun newspaper’s Bizarre column, “Brooklyn’s got a real flair in the kitchen and the tutorials he has posted on Instagram have received great feedback.”

“Brooklyn takes real pride in his cooking and has been given some handy hints and tips by Gordon Ramsay, who is a close friend of the family.”

“It’s all incredibly exciting and Victoria and David are thrilled.”

However, Brooklyn – who is engaged to Nicola Peltz – missed out on a recent chance to hone his culinary skills when his dad David treated siblings Romeo and Harper to a private masterclass with French chef Raymond Blanc in London.