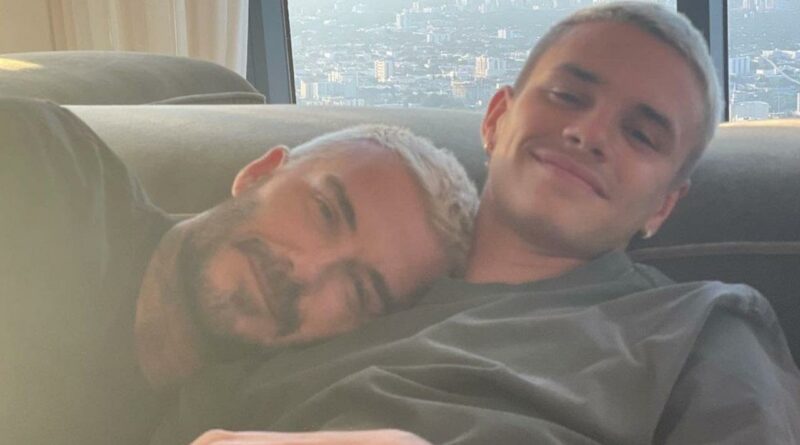 In a note accompanying the sweet old snapshot, the retired soccer player gushes over Romeo James Beckham as saying that he is ‘so proud’ of the man his son has become.

On Wednesday, September 1, the 46-year-old turned to his Instagram account to share a sweet tribute to Romeo. The former athlete posted a snapshot that saw him kissing his son when he was a child. In the caption, he wrote, “Happy 19th birthday to my beautiful boy [love].”

“Have the most amazing day we love you so much and are so proud of the man ( almost ) that you have become.. Keep being you and never change ( apart from the team you support ),” David continued. He then added, “Love you Ro Ro. Love always Dad @romeobeckham @victoriabeckham @brooklynbeckham @cruzbeckham #HarperSeven.”

Also celebrating Romeo’s birthday was his mom Victoria Beckham a.k.a. Victoria Adams. Taking to her Instagram page, the proud mom shared a recent snapshot of her 19-year-old son. Her husband David also appeared in it. “Happy birthday @romeobeckham! Can’t believe you are 19 today!! We all love you so so much xxxxxx I love you @davidbeckham x,” the former Spice Girls member penned in the accompanying note.

Aside from Romeo, David also shares sons 22-year-old Brooklyn Beckham and 16-year-old Cruz Beckham as well as 10-year-old daughter Harper Seven with Victoria. Of parenthood, David previously claimed that he became mature quicker since he had kids. “I think you mature quicker with kids. You have more important things in life to worry about than your everyday worries, and life becomes all about the kids,” he said while talking about becoming a dad “at a very young age” in an interview with The Father Hood. “I think that’s what you learn as a father – you become less important and it’s all about your children.”

Elsewhere in the interview, David went on to share how his own dad, Ted, inspired him in his parenting. ” ‘Never give up, no matter what.’ That was one of the things that my dad would always say to me. If I got a kick in a game, I’d look over to him and he’d be like, ‘Get up! Get up! Don’t show people that you’re hurt!’ There was a steeliness that he kind of instilled into me on that side,” he explained. “It actually made me stronger as a person.”