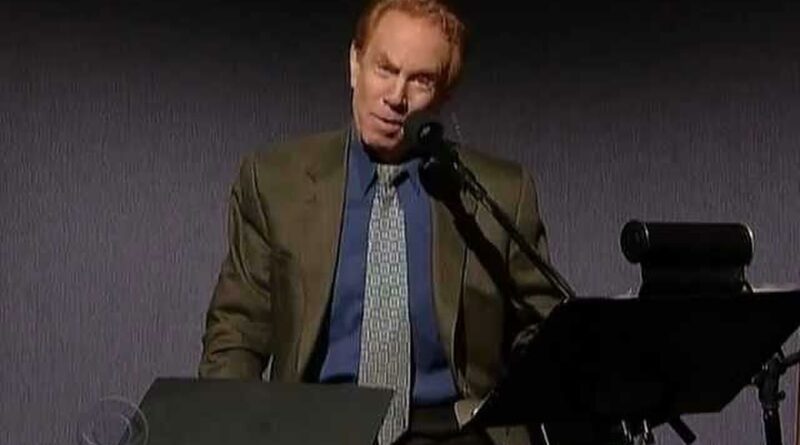 The television star, who was best known as a longtime announcer on Letterman’s ‘Late Show’ on CBS, has passed away at the age of 78 in Stamford hospital in Connecticut.

The 78-year-old announcer passed away on Monday (04Oct21) at Stamford Hospital in Connecticut.

As well as introducing Letterman at the top of each show, Kalter often appeared in skits and mocked the host.

According to Deadline, he appeared in several commercials and provided the voice of the Michelin Man in America.

Letterman was quick to pay tribute to the late star.

“Alan’s was the first and only voice we listened to. We knew he would be our choice,” he told Variety. “Whatever else, we always had the best announcer in television. Wonderful voice and eagerness to play a goofy character of himself. Did I mention he could sing? Yes he could. He enthusiastically did it all. A very sad day, but many great memories.”

Rabbi Joshua Hammerman of Temple Beth El, where he was an active member, stated in the wake of his passing, “Beyond his fame and his golden voice, Alan was a past president of TBE and a true mensch, who was deeply committed to Jewish values and the Jewish people and was especially devoted to this, his home community.”