The couple paid tribute to one another by sharing the same shot on their individual Instagram accounts while enjoying an al fresco meal.

With Victoria reaching for her husband across a dining table littered with wine glasses, the couple looked very much in love – just days after furiously dismissing claims of an imminent divorce. 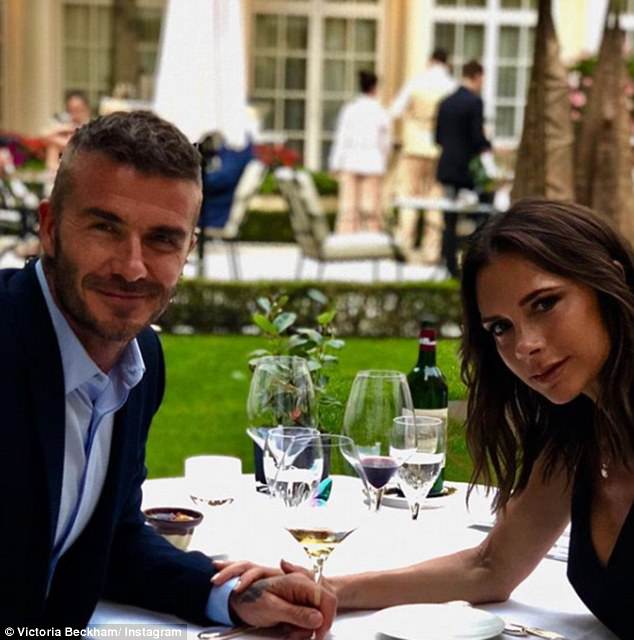 Captioning the shot, in which she offers the camera her trademark pout, the former Spice Girl wrote: ’19 years!!! X I love u so much.’

’19 Years WOW … This time 19 years ago I was dressed from head to toe in purple… Happy anniversary to the most amazing wife & mummy… Love You,’ he captioned hos own post. Old times: David and Victoria exchanged vows at on July 4 1999 at Luttrellstown Castle, just outside Dublin

Earlier that day Victoria gave fans an insight into their preparations for the day ahead by adding a series of images to her Instagram Stories.

The first revealed a cluster of silver balloons with a caption that appeared to suggest they were a  gift from one of their four children.

‘Lucky mummy and daddy,’ she wrote across the shot.

Another revealed a bouquet of white roses, a gift from David’s doting mother Sandra, while a third revealed their tipple of choice for the night ahead – a 1990 vintage from Château Lafite Rothschild.

‘Special wine for a special day,’ she wrote alongside the image. 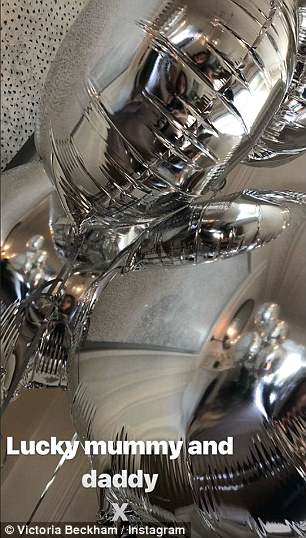 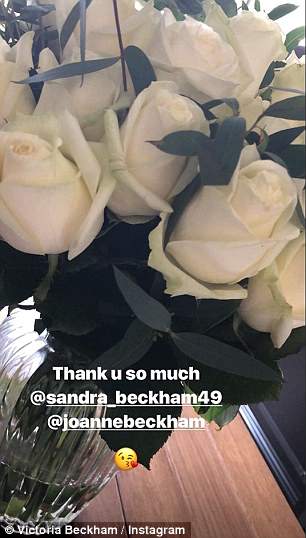 Party time: Earlier that day Victoria gave fans an insight into their preparations for the day ahead by adding a series of images to her Instagram Stories 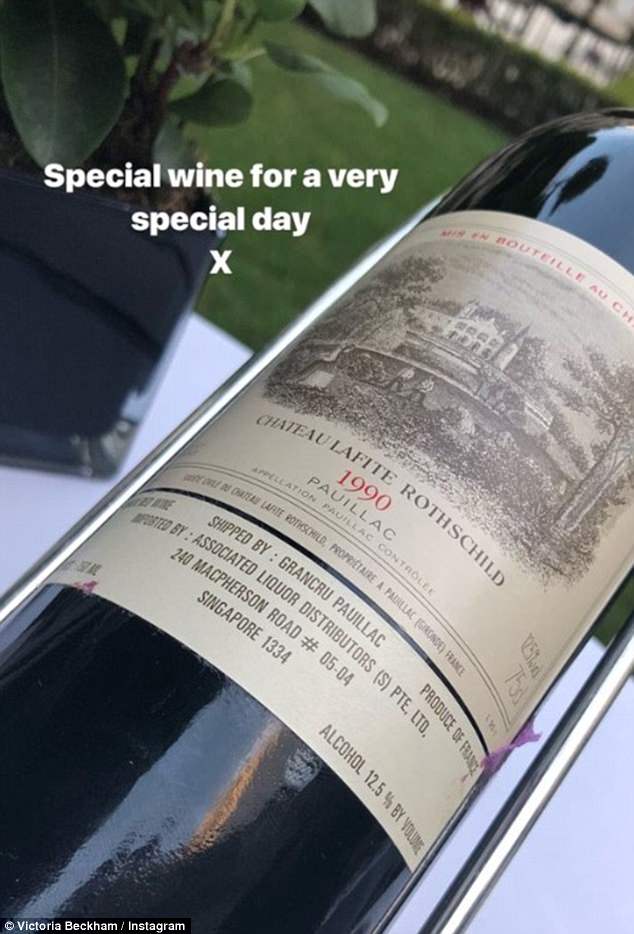 Down the hatch: One shot revealed their tipple of choice for the night ahead – a 1990 vintage from Château Lafite Rothschild

The couple were dining out after spending the day helping daughter Harper, the youngest of their four children, celebrate Sports Day at her school.

Victoria shared a hilarious video of David competing a the race, balancing a bean bag on his head as he gingerly made his way to the finishing line.

She captioned the clip with the words: ‘Nice @davidbeckham’ alongside some clapping hand and cry-face emojis.

While the outcome of the race is not clear, former footballer David was lagging behind, perhaps giving some of the other dads a chance to come first. 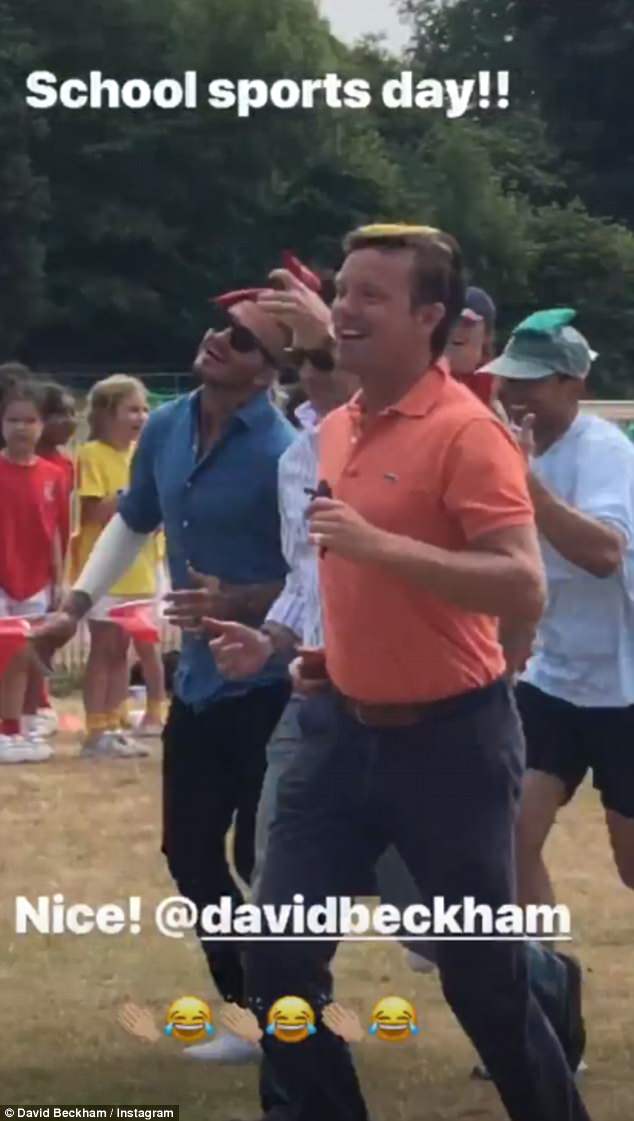 What a good sport! David spent much of his 19th wedding anniversary competing in the dad’s bean bag race at daughter Harper’s sports day

The anniversary comes after David and Victoria denied divorce claims, and branded swirling rumours about the health of their marriage a ‘crock of s**t’.

After reports of an impending split began racing around social media in June, Jo Milloy, a spokesman for Spice Girl-turned-designer Victoria, told the Daily Mail the gossip was ‘absolute nonsense’.

Elsewhere, a spokesman for the couple said: ‘There is no statement due, no divorce, and a lot of Chinese whispers and fake social media news.

‘This is all very bizarre and an embarrassing waste of time,’ he continued, before adding the rumours were ‘a crock of s***’.

David and Victoria married on July 4 1999 at Luttrellstown Castle, just outside Dublin, when he had just won the treble with Manchester United and Victoria was a global icon with The Spice Girls.