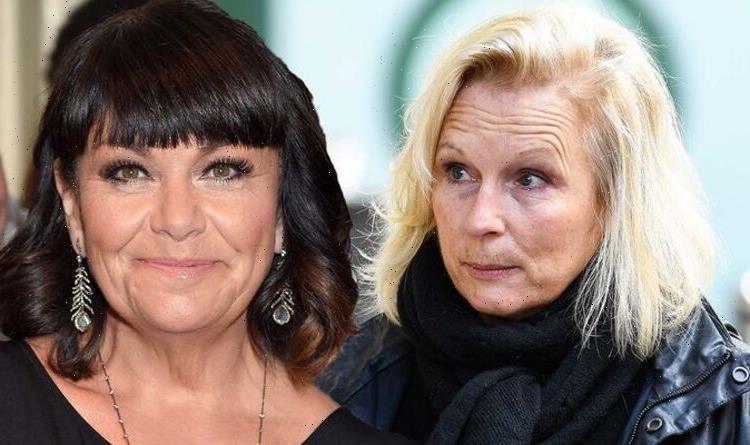 Dawn French, 64, has opened up on her relationship with her best friend and comedy partner Jennifer Saunders, 63. The pair met at drama school in the 70s, but initially Dawn did not have a good impression of Jennifer.

Speaking on the Finding The Funny podcast, Dawn confessed that at first she believed Jennifer was “quite posh”.

She said: “I didn’t really like Jen that much at the very beginning because she’s quite posh, or I thought she was but she’s not really.”

Dawn continued: “As soon as I got rid of my prejudice about her, which I still have to this day – prejudice against posh people, they have to prove their worth to me – I thought, ‘She’s actually great.’”

Dawn and Jennifer later went on to create the sketch programme French and Saunders, which aired on the BBC from 1987 to 2007.

Since the final episode of the show, the duo have worked together on various ventures.

Some of their joint projects were a podcast and a radio programme.

Dawn has previously spoken out on her friendship with Jennifer and how she was “conflicted” with jealousy when Jennifer’s sitcom Absolutely Fabulous gained success.

The legendary duo had been set to make another series of French and Saunders in 1991, but Dawn and her then-husband Lenny Henry adopted their daughter Billie, and Dawn was unable to film.

So Jennifer used the studio they had booked to try out her new show with Joanna Lumley instead.

However, Dawn was a sounding board for ideas alongside US comedian Ruby Wax, 68, before the launch of Absolutely Fabulous.

“Ruby was definitely involved [in Ab Fab], and Jennifer really relied on Ruby as time went on.

“I did a few little bits in the show, obviously, and if she asked me to look at anything I would do that…but then she got confident with it and off she went.

“I got very conflicted about her massive success with Ab Fab. You know when your sister does really well at something? You’re like, ‘Oh good for you, good for you… **** you.’

“It’s really good to have that cocktail where you’re [disappointed] and excited at the same time. When you love somebody as much as I love Jennifer, the glee and the happiness and the pride overshadows any other stuff in the long run… it does.”

Explaining how Ab Fab was created, Dawn revealed that she had been waiting for a year for her daughter.

She said: “Don’t forget that one of the reasons she did it was because I had to squirrel away because my daughter had arrived.

“We’d booked a studio to do another French and Saunders series. Because I adopted my daughter ‑ we’d been waiting for a year or so for the right baby to turn up.

“So Jennifer said, ‘I will use those studios and do that sitcom we’ve been talking about.'”